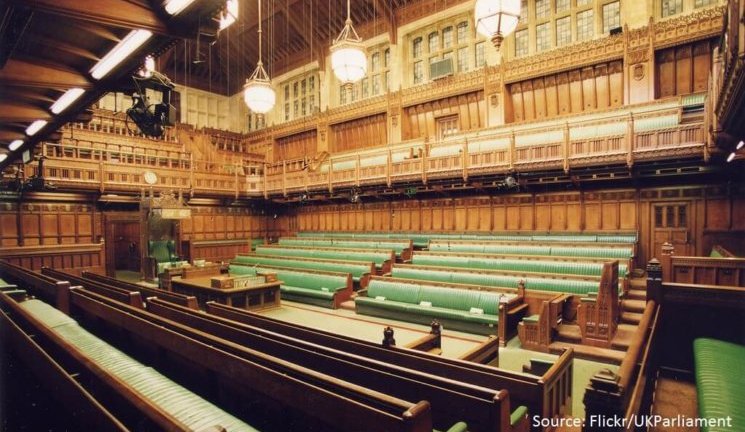 The EU (Withdrawal) Bill (which sets out the framework for Britain’s future beyond the EU) may have survived the key vote on its second reading in the early hours of Tuesday morning, but it certainly should not be forgotten.

There will be a hiatus in its progress while party conferences are held, but the Bill’s path through its committee stage (which will be held in the House of Commons itself, as it is a constitutional Bill) is set to be far from smooth.

Within a day of the vote on its second reading, no less than 157 Amendments had already been tabled, a considerable amount of them by Conservatives. Theresa May has said that the vote would give ‘clarity and certainty through the Brexit process’. She is wrong. Clarity and certainty is exactly what the Bill lacks, and even more crucial than that, this Bill ensures the biggest transfer of power from parliament to the government in decades. So much for ‘taking back control’.

Why has there been so much criticism of this Bill? Although David Davis dismissed as ‘vacuous criticism’ censure of the Bill, comments made during its second reading reveal many of the misgivings over it. Chris Bryant castigated it as ‘utterly pernicious’, ‘fundamentally un-British’ and ‘the biggest peace time power grab by the executive over the legislature’, adding that ‘These are clauses Erdogan, Maduro and Putin would be proud of.’

For Hilary Benn, ‘its flaws and weaknesses are fundamental’ and the Government ‘should go away and do their homework again.’ Criticism was not however limited to the Opposition. For example, Dominic Grieve described the Bill as an ‘astonishing monstrosity.’

In response to government threats that opposing the Bill would cause chaos, it should be stressed that no-one, even the Bill’s most stringent opponents, argues that legislation is not necessary to ensure that the law is in good shape after Britain’s exit from the EU.

Much former EU law must be converted into national law by Brexit day to ensure there are not huge gaps after exit. Some of this former EU law will need to be ‘repaired’ so that is workable for the UK post Brexit. The argument is over how the Withdrawal Bill manages this transition. For the Bill gives Ministers huge powers ‘to prevent, remedy or mitigate’ ‘failures or deficiencies of EU law’, where theydeem it ‘appropriate’ – terminology so vague it is potentially limitless.

If the term ‘Henry VIII clause’ was unknown in the past it should be familiar by now – for these hugely broad ministerial powers may be exercised to overturn primary legislation, even to repeal provisions in the Withdrawal Bill itself. The crucial question then is whether this Bill provides adequate safeguards for parliament to scrutinise the use of these ministerial powers – which are most likely to take the form of Statutory Instruments, i.e. secondary legislation – and the answer is that it does not.

Secondary, or delegated, legislation is not usually a concept that ignites so much political or emotional concern (although there is one instructive precedent – that of the Tax Credits regulations, where the House of Lords was able to reverse a controversial measure that had been tabled as secondary legislation).

It does not have the emotional conviction of ‘Taking Back Control’ or concern about immigration. The very term ‘secondary’ legislation suggests matters of lesser import. This is certainly not the case with the Withdrawal Bill. Over 40 years of EU membership has touched every aspect of British life and law, and in using their extremely broad powers to ‘repair’ EU law, Ministers will be able to use secondary legislation to abolish workers’ rights, or environmental standards, or consumer protection. Because most of these will follow the so-called ‘negative procedure’, parliamentary scrutiny will be of an absolute minimum.

Secondary legislation should not be abused to bypass proper scrutiny. The risk that this will happen is only strengthened by a further Government victory last Tuesday, when it won another parliamentary vote, allowing it to take control of a powerful Commons committee (the little-known Committee of Selection), despite not winning a majority at the general election (which parliamentary rules would appear to require).

This committee determines the composition of other parliamentary committees, most vitally those committees that will deal with the many statutory instruments needed to implement Brexit. This, combined with the Government’s signal that it will avoid or abstain in Opposition Day debates, illustrates its dominance of Parliament.

There are other huge deficiencies in the Withdrawal Bill, although lack of space prevents anything other than their itemisation here: for example, the Bill’s explicit exclusion of the EU Charter of Fundamental Rights from conversion into national law, which means that important human rights will no longer be enforceable in the UK post Brexit; its perceived ‘power grab’ from the devolved nations, by failing to return to them powers currently exercised at EU level, but which fall within devolved competence; and also its drafting of ‘exit day’ as whatever Ministers stipulate, free from parliamentary control.

In summary, if the Bill stands in its current form, Parliament will be handing over powers to the Executive on an unprecedented scale.

Drafting this Bill must have been an extraordinarily difficult task: unscrambling the many varieties of EU law, and providing for their workable transition into national law, is hugely complex. No-one should doubt the good faith of those civil servants tasked with this supremely complicated affair – but they have been presented with an impossible task, given the time limits set.

No doubt some changes will be enforced through the many amendments to the Bill that have been tabled. But this is tinkering with a Bill that should have been sent back to the drawing board. There will be chaos if an inadequate Bill plays havoc with our legal system. And not only that.

The UK does not have a codified constitution, but that does not mean that the constitutional principles it does have – rule of law, separation of powers, human rights, devolution and parliamentary sovereignty (including over the Executive) – are lightly to be tinkered with. The issues raised by the Withdrawal Bill are too important to be dismissed as ‘dusty’, arcane or eye glazing. If we ignore them, we risk allowing a huge shift in the balance of power in British democracy, and the consequences may be extreme.

By Sionaidh Douglas-Scott, Professor at the School of Law, Queen Mary University London.