Brexit and UK-Irish relations: between low and high politics? 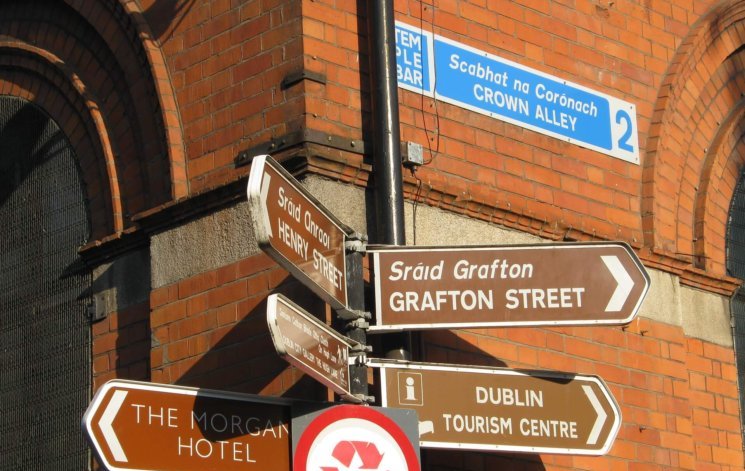 Northern Ireland voted against Brexit, and the Republic of Ireland, of course, did not vote. Yet Brexit is likely to have wide ranging impacts on UK-Irish relations. This post discusses some salient examples of, to quote a House of Lords EU Committee, ‘collateral damage’ that might unexpectedly appear across the linked areas of agriculture, energy and the environment.

High politics are gaining increasing attention north and south of the Irish border, with the discussion centering on issues such that border becoming an external border of the European Union, applications from UK citizens for Irish passports, and the fate of the Good Friday Agreement. But the low politics are getting much less airtime, despite their day to day importance – as illustrated by the daily operations of customs checks, and the development and implementation of public policies in agriculture, energy and the environment. The close interlinking of the Northern Irish and Irish economies, as well as the high share of Irish exports going to the UK, means Brexit will affect both high and low politics.

A House of Lords EU Committee report argues both parts of the island of Ireland are likely to suffer a “disproportionate” impact from the referendum result. It recommends that “all parties to the negotiations need to give official recognition to the special, unique nature of UK-Irish relations” to prevent close UK-Irish relations becoming “collateral damage” in the fallout from Brexit.

In sharp contrast to Great Britain, the agri-food sector is a major economic sector in both Ireland and Northern Ireland. 40% of Irish food and drinks exports come to the UK – and so the Republic of Ireland would be highly negatively impacted if the UK were to trade with the EU under WTO rules after Brexit (a ‘Hard Brexit’), and apply high WTO tariffs on food stuffs. But the negative impacts would be felt across the whole of the island of Ireland as the agri-food sectors of both the Republic and Northern Ireland are strongly integrated: not only are there farms straddling the border, but supply chains are also integrated.

Bryan Barry, from the Irish Farmer’s Association, explained to the House of Lords that “350,000 lambs per year go from the North to the South; probably 500,000 pigs go from the South to the North; and about 600 million litres of milk go from the North to the South to be processed there.” These specific Irish challenges will play out in addition to broader UK challenges for the agri-food sector after Brexit, which have their own complexities – such as whether to develop a single, UK-wide agricultural policy or one for each devolved region.

Energy is another sector with strong interconnections, both North-South and East-West. There is currently a single energy market for the whole island of Ireland, as well as energy imports from the UK to Ireland. As John Bruton, former Taoiseach, puts it “Ireland is a net importer of energy from the United Kingdom, but interestingly Northern Ireland is a net importer from the Republic of Ireland. This will be pretty complicated.”

Whether it is possible to maintain such a single energy market between one EU member state and part of a non-EU state is as yet unclear – there may be a way through continued membership of a different international Treaty, the Energy Community. But in any case, potential regulatory divergence on energy matters after Brexit (with different rules in the UK and Ireland or in Northern Ireland and the Republic) will create non-tariffs barriers to trade.

Environment, and waste in particular, appears to be another area of potential ‘collateral damage’. The House of Lords EU Committee identified a risk of an uptake in smuggling across the Irish border, highlighting smuggling of goods such as fuel or cigarettes. But while smuggling cigarettes means loss in revenue for the UK, smuggling illegal waste can have deleterious impacts on the Northern Irish environment.

Waste offences are already a big issue in Northern Ireland, including smuggling from the South of the Island. With leading members of the Conservative Parties such as Jacob Rees-Mogg MP or John Whittindale MP arguing for a relaxation of environmental legislation after Brexit, there is a risk Northern Ireland would become an easy dumping ground for waste produced in the South.

In thinking about the UK-Irish and Northern Irish dimensions of Brexit it is vitally important to include the overall objectives of a deal (the high politics) – and which parts of the UK and of the EU would stand to benefit and lose the most from it – as well as the fine detail (the low politics) that enable modern economies to function effectively.  Only by keeping high and low politics in view will the UK government be sure that it can keep on delivering for its citizens after Brexit, across a wide range of policy areas.