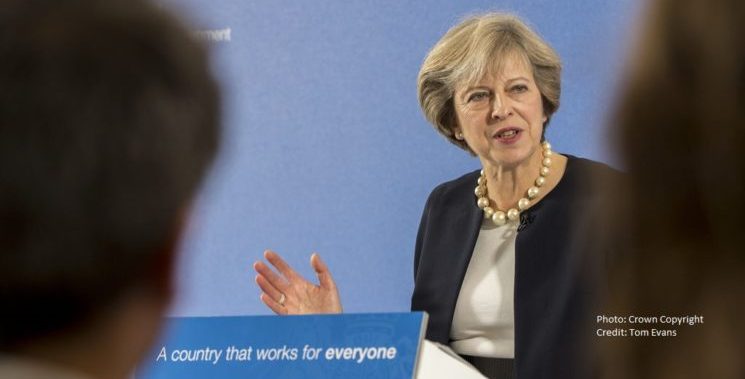 Brexit means Brexit. What that means has been the subject of heated debate. Attention has focused on the relationship the UK will have with the EU once it leaves. Far less has been paid to the pressures the process of leaving might place on parliament, on the civil service and indeed the British constitution. A report launched today addresses these process and capacity questions. Brexit, we conclude, will pose a series of questions for the British state that will be every bit as tough as the substantive issues at stake.

The issues involved are many and varied, and only a few of them can be touched on here. The first relates to whether or not the Government has the authority to trigger Article 50, which is the object of a number of legal challenges. Once negotiations start, we’ll quickly need some clarity over what they will address. At a minimum, they must deal with the rights of rights UK citizens in the EU and EU citizens here. Then there are shared liabilities and entitlements, most notably as regards the EU budget: what happens to programmes that outlive our EU membership? Finally, something will have to be done about the transfer of regulatory and policing responsibilities, particularly in fields such as competition and pharmaceuticals where it is the EU that currently does most of the heavy lifting.

All of this will be tricky and hideously technical, but it is the easy bit. Article 50 involves merely the tying up of loose ends. When it comes to the crafting of a future relationship, almost everything is up in the air. First, timing. The UK and EU will need to agree whether Article 50 and a trade deal can be negotiated simultaneously or only sequentially. As for scope, negotiations aimed at regulating the relationship between two such near neighbours will be broad indeed. Whenever they start, it is hard to imagine them being completed within the two-year period allowed under Article 50.

Successful negotiations will depend, in large part, on what our partners are willing to give us. They will also be a function of how well Brexit is handled at home. Here, Parliament will have its work cut out. The Government has promised a ‘Great Repeal Bill’ to repeal the 1972 European Communities Act and ensure all EU law is on our statute book. Identifying and transposing all relevant EU law will be a daunting and time consuming task. Yet the alternative to lengthy parliamentary processes is to work via secondary legislation, which would raise concerns about transparency, legitimacy and legislative quality.

The civil service, for its part, arguably faces its biggest ever challenge. Negotiations with the EU will entail extensive coordination between the myriad departments whose work will be affected. And there is little evidence as yet that the Foreign Office, Department for Exiting the EU and Department for International Trade will play together nicely. Nor will any single minister be able to control all this. Ultimate authority will rest with the Prime Minister. Whether Number 10 has the resources, stamina or competence to do so remains to be seen.

The scale of the challenge facing the civil service will depend on the nature of Brexit. Should the UK ‘do a Norway,’ the administrative processes via which European Economic Area rules are brought into effect would essentially be the same as those in place for handling EU business. A harder Brexit would pose more of a challenge, because of the demands of negotiating with Brussels, perhaps on an ongoing and sector-by-sector basis. Whatever Brexit we end up with, Whitehall will need new competences to take up tasks either carried out currently by the European Commission and EU agencies (as in competition policy) or newly required by the Brexit settlement – such as in customs or immigration.

Meanwhile, the constitutional fabric of the state will come under strain. In stripping the EU out of the UK legal and constitutional system, the Great Repeal Bill will impinge on the balance of power between Westminster and the devolved parliaments of Scotland, Wales and Northern Ireland. The return of devolved powers from the EU will increase the roles of the latter, while potentially leading to increased policy differentiation in areas such as agriculture, fisheries, the environment and higher education.

And this in a context in which Brexit is placing the union itself under pressure. Scottish First Minister Nicola Sturgeon has made little secret of her dissatisfaction with the UK Government’s approach so far, and is retaining the right to call for a second independence referendum in the event of an outcome that does not satisfy her government.

Brexit thus has the potential to test the UK’s constitutional settlement, legal framework, political process and bureaucratic capacities to their limits – and possibly beyond. This is not to say it cannot be carried off. One irritating aspect of the current debate is the tendency of Brexiters to accuse those who warn of difficulties of ‘talking Britain down’. It’s a good line, but a pathetic argument. Since when was rational debate a bad thing? Forewarned, surely, is forearmed, and we hope our report will help in identifying potential stumbling blocks ahead.

By Anand Menon, director of UK in a Changing Europe and professor of European politics and foreign affairs at King’s College London. His piece, which was jointly published with The Times, stems from the report: Brexit and beyond: How the UK might leave the EU by The UK in a Changing Europe with the Political Studies Association.