Brexit’s long shadow on the ECHR 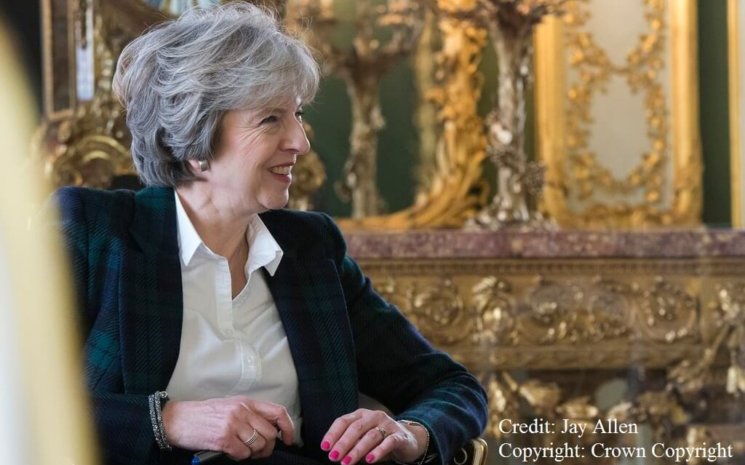 A report in the Telegraph last week suggests that Theresa May is expected to make no mention in the Conservative election manifesto of pulling out of the European Convention on Human Rights (ECHR). This news will bring respite to all those commentators – academics, members of the civil society, MPs from across the political spectrum – that have expressed grave concern over the last few years about the Conservatives’ pledge to repeal the Human Rights Act (HRA) and even take the UK out of the ECHR. But it is important to sound a note of caution: Brexit will cast a long shadow on the ECHR, so there is really no room for complacency for defenders of human rights.

First of all, the justification of the expected U-turn offered by the Telegraph is a purely instrumental one. Committing Britain to withdraw ‘would be a major distraction … from the Brexit negotiations’, senior Government figures told the newspaper. Mrs May wants ‘a clear five years to ensure a smooth Brexit’, said a Cabinet minister, while another explained that ‘it would project the wrong sort of “values” if Britain was trying to leave the European Convention at the same time as pulling out of the EU’, and this would ‘ “screw up” [Brexit] negotiations with the European Union’.

Being perhaps a little cynical about this, one could read it as: ‘let’s fool the EU into believing that the UK still subscribes to European values, and we can leave the ECHR later, once Brexit is out of the way’. These reports are in line with leaks in December 2016 suggesting that Theresa May was planning to fight the next election (then estimated to take place in 2020) on the promise to take Britain out of the Convention once exit from the EU was complete.

Let’s also not forget that it was just over a year ago (in April 2016) that Theresa May, then Home Secretary, launched a scathing attack upon Strasbourg. The Convention ‘can bind the hands of parliament, adds nothing to our prosperity, makes us less secure by preventing the deportation of dangerous foreign nationals – and does nothing to change the attitudes of governments like Russia’s when it comes to human rights’, she noted. With apparent contempt she concluded that ‘it [wasn’t] the EU we should leave, but the ECHR and the jurisdiction of its Court’.

May’s personal antipathy towards the Convention seems to stem from her time as Home Secretary. The Director of Liberty, Martha Spurrier, drives home this point with force explaining that issues of immigration, and deportation struggles (particularly that of radical cleric Abu Qatada) ‘dogged her time [as Home Secretary] … She is determined to get her own back, effectively … It really stuck in her craw, and as a result she’s intent on weakening rights protections, particularly for minority groups’.

The UK Government’s approach to the ECHR can also be summed up by its continuing refusal to implement the Court’s jurisprudence on prisoners’ right to vote, even if this risks ‘undermin[ing] the standing of the UK’ and may also ‘give succour to those states in the Council of Europe who have a poor record of protecting human rights and who could regard the UK’s action as setting a precedent for them to follow’, as recently observed by a Parliamentary Committee.

So, at an ideological level, nothing has changed and the threat to the ECHR will remain a very real one, even if the forthcoming manifesto avoids any reference to withdrawing from the Convention. It is instructive to note that liberal-minded Conservatives have identified this risk, and ‘urge the Government to confirm that the UK will remain a signatory to the ECHR after Brexit’ (and they have gone so far as start an ECHR petition).

It would of course be an interesting oxymoron if we ended up with Brexit saving the Convention, especially if one considers that the ECHR has long been attacked as a proxy for the EU. But there is a danger of falling into wishful thinking here. Brexit may have tied the Government’s hands for now, but what will stop the anti-European forces from unleashing the next attack once liberated from the administrative burdens and political compromises that Brexit negotiations are currently imposing?

Shortly after the Referendum, Conor Gearty wrote that in the post-Brexit climate, when ‘the larger European entanglement has been successfully seen off’, the ECHR could be seen as ‘another example of foreign intrusion, an alien contamination that needs now to be washed away altogether so that Great Britain’s fresh start can be properly made’.

For as long as Brexit negotiations delay disentanglement from the EU, perhaps the Human Rights Act is safe – but we should be very wary of what might follow after that. A central call of the Brexit campaign was the need to regain autonomy – remember ‘take back control’. The question then arises: what will happen when people come to realise that ‘taking back control’ may not be possible because the ECHR is still in place?

We should also not lose sight of the fact that wider uncertainty about the future of the Human Rights Act may be already beginning to affect the implementation of ECHR jurisprudence in the UK. In areas where judgments are seen as controversial, commentators had, even prior to Brexit, begun to detect a tendency in Strasbourg for judicial restraint.

In many cases this appears to have been the result of genuine dialogue between Strasbourg and UK courts, but one may also suspect that the former adopted a more moderate approach to avoid further backlash. Brexit now risks exacerbating this effect and making Strasbourg more reluctant to interfere in the future.

The recent, post-Referendum, judgment of Ibrahim and others v UK, which related to the attempted London terrorist attacks of 21 July 2005, may be a case in point. In finding for the UK the Court reached a decision that can frustrate many ‘years of European efforts to provide a high level of protection to procedural rights’, and it is not untenable to suppose – for reasons that due to space cannot be explored here – that Brexit had something to do with it.

Much will also depend on the extent to which the HRA and ECHR may obstruct in practice the Government’s path to Brexit. The issue of the rights of non-UK EU citizens living in the UK provides a good illustration, as article 8 ECHR could force the Government’s hand in the negotiations – for example in relation to determining 29 March 2017 as the cut-off date for the recognition of rights of EU citizens in the UK. This is all the more likely after it emerged from the Special European Council this weekend that the protection of EU citizens’ rights will be ‘priority number one’ for the EU in the forthcoming negotiations.

To conclude, a potential dropping of the Conservative manifesto pledge to repeal the HRA and/or withdraw from the ECHR, though, of course, a positive development, should be taken for what it’s worth: a near miss narrowly avoided by chance, at least for now. There is also no hiding the fact that significant damage has already been inflicted upon the credibility of the Convention in the UK, and the UK’s international standing, as a result of the Conservative Party’s promise to make the UK the first Council of Europe member to leave the ECHR.

To start repairing this damage, the Conservative Party would have to confirm in the manifesto that the UK will remain a signatory to the Convention – not just quietly drop their previous promise – but let’s not let our imagination run away with us. Rather, we need to stay alert to Brexit’s intrinsic risks for the HRA and the ECHR, and the significant challenges ahead of us with the Brexit negotiations.

By Dimitrios Giannoulopoulos a senior lecturer in law at Brunel University London, and the director of the Britain in Europe think tank.