Britain’s military standing would not suffer after Brexit 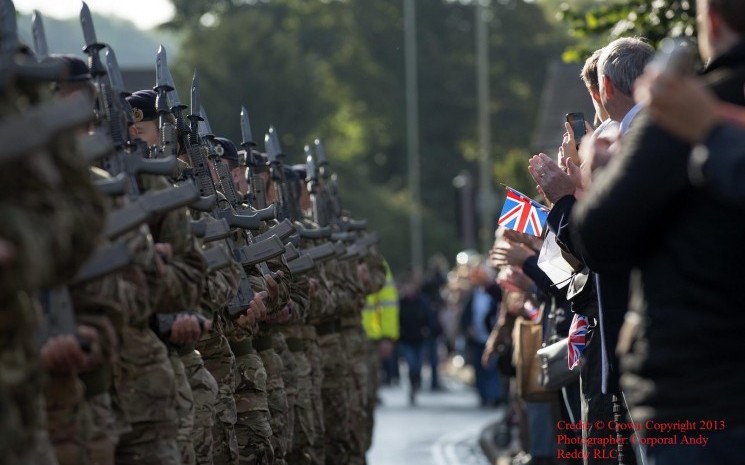 Members of the foreign policy establishment have lined up to argue that a British exit from the EU would not only damage Britain, but undermine the bloc and jeopardise the security of “the west”.

Some of their arguments have merit. Others do not stand up to scrutiny. The idea that Brexit would make Britain a less reliable or loyal ally is particularly misplaced — there are good reasons for thinking that a British exit might enhance the military contribution that the UK makes to European security.

One of the problems with the Brexit debate is the absence of compelling evidence or precedents. No state has left the EU before, so it is difficult to know how the process would unfold or what the consequences would be. But there is one historical precedent that might offer some clues.

In 1966, France left the integrated military command structures of Nato, while remaining within the Atlantic alliance. At the time, President de Gaulle’s actions led to frenzied speculation that France was abandoning its allies and flirting with neutrality. Nothing of the sort happened, of course. While posturing in public, de Gaulle authorised the negotiation of secret agreements between France and Nato defining the terms of future co-operation. And in subsequent years, as France continued to trumpet its independence, further agreements were signed.

Precisely because of the doubts about France’s loyalty to the western cause, French politicians had to strive especially hard to counter this impression. This exercise in reputational damage control meant they continued to spend heavily on defence, and to affirm their loyalty to the alliance. They did so to such an extent that, by 1974, Nato’s Ottawa declaration was explicitly recognising France’s contribution to western security.

There is no reason why Brexit would not have a similarly galvanising effect. The British government, sensitive to accusations of disloyalty, would probably go out of its way to defuse them, not least to reassure the US. A post-Brexit prime minister would be quick to reaffirm the country’s commitment to Nato by maintaining or even increasing defence spending.

Freed from the political pressures imposed by EU membership, Britain would also find it easier to collaborate militarily with its European allies. After Brexit, a UK government would not face charges at home of conspiring to join a “European army”, and would thus encounter fewer obstacles should it choose to contribute to EU military missions (which, to date, it has been reluctant to do).

It is not as if the UK would be leaving a successful institution. Hamstrung by a unanimity requirement which makes it dependent on consensus among member states, the EU struggles to respond to security crises. It is entirely possible that, without the UK, it might find ways to work better. For instance, one could imagine the remaining members establishing the operational headquarters they have long lobbied for and which Britain has systematically blocked. And the funding of the European Defence Agency might, at last, reach sensible levels once the persistent British veto has been lifted. London would end up with a more effective partner.

In short, there is no reason to believe that a Brexit would weaken either Britain’s commitment to its allies or their ability to work together. The French precedent suggests the opposite might be the case. The need for Britain to prove its loyalty and the potential for EU reform both point in this direction.

That said, military affairs represent only one aspect of EU security collaboration. And because such co-operation is purely inter-governmental, it is easy for members and non-members to work together.

This is not the case in other areas, notably the single market, where, because of the existence of complex EU-wide legislation, post-Brexit collaboration would prove far more problematic.

The Remain camp’s claims about the dangers Brexit poses to military co-operation are overblown. But this is only a small part of a larger picture.

Professor Anand Menon is director of The UK in a Changing Europe initiative. This piece originally featured in the Financial Times.