Many UK politicians are engaged in a collective charade on the subject of EU renegotiation and reform. Following UKIP’s dramatic wins in the European Parliament elections in 2014, the run up to the 2015 General Election saw mainstream parties jostling to disparage EU free movement rules. The Financial Times quipped that everyone was ‘attempting to out-UKIP UKIP’. In a bid to reclaim ground, the Conservative party promised a referendum on EU membership. The government is now faced with a quandary – how can you campaign to stay in a polity you have spent the last few years denouncing? The answer, of course, is by suggesting that the EU itself will metamorphose, or ‘reform’, thanks to the alchemy of ‘renegotiation’.

The political necessity of renegotiation has become an unquestionable truth, eclipsing the awkward question as to whether it is socially or financially necessary. The disregard of counter-evidence, the inflation of scant supporting evidence, and the adoption of economically irrational policies, betray the characteristics of Groupthink.

Groupthink happens when individuals adopt a group position, ignoring alternative explanations for the cause of events, as well as alternative opportunities for solutions. A number of the symptoms of Groupthink are evident in the Prime Minister’s speech accompanying his letter to Donald Tusk, outlining the renegotiation demands. There is belief in the inherent morality of the cause,  expressed through references to ‘fairness’ and what is ‘right’, pitched against the notion of ‘abuse’ of free movement, in a binary moral picture. There is an identification of out-groups, essentially the bogey-men of Brussels; the illusion of unanimity is present, (the word ‘we’ is used 198 times in the speech to refer to the British people). And we have the key principle of Groupthink – collective rationalisation.

Something must be done, we are told, about the ‘unsustainable rate of migration’ of EU nationals into the UK. But we are not given any evidence of this phenomenon. The existing evidence (such as that gathered by UCL, and by the European Commission) speaks in favour of EU migration, as EU nationals are net contributors to the UK economy; public services are better funded because of EU nationals contributing to them. And yet the key free movement renegotiation demands are aimed at restricting access to the welfare system – a ban on in-work benefits for EU nationals for four years, and the ban on exporting Child Benefit. According to the Prime Minister’s statement on the European Council meeting in October 2015, these measures are intended to reduce the ‘artificial draw’ the welfare system creates, tempting EU nationals to the UK.

But is there any such draw? Not according to the evidence gathered in the Balance of competences review, commissioned by the government to inform government policy on UK-EU matters. The evidence submitted to the free movement of persons consultation did not support the driving premise of government policy in this area for the last few years, namely that the free movement of persons must be reduced, that it is being abused, and that it encourages benefit tourists. Only ten of those of who gave evidence took the position that there was a problem. This includes a few dismissive responses, such as one submission of a single sentence for the whole questionnaire. Nine of those ten provided no extrinsic evidence, and some were borderline abusive (‘I would never employ a foreigner… we are FLOODED with unwanted immigrants’).

However, twenty-eight respondents (including the Scottish government and the National Institute for Social and Economic Research) stated that there was no evidence for, or gave counter-evidence to rebut, the claims that the balance of competences needed to be changed and that free movement was being abused. Despite this, the report that resulted from the consultation rather misrepresented the submissions received. It is dominated by references to submissions in favour of reform of free movement from David Goodhart (17 mentions), Open Europe (14 mentions) and Migration Watch (7 mentions). Goodhart is transformed by the report into some sort of oracle; his opinions are elevated to statements of fact and quoted at length. The bizarrely heavy reliance upon a seven page source-free rhetorical commentary as a bedrock of evidence for the report, is a rather classic Groupthink approach.

The other reports on different areas of law in the Balance of Competences review were largely well received (‘a fine, detailed study’ according to The Economist), and came out with the answer that the balance is about right. But the government have stayed steadfast to the pro-reform course already plotted and assumed a collective, quiet forgetfulness over the whole review, and the embarrassing free movement of persons report. The reports are not easily accessed: they are available on a series of separate web pages, and there is no summary anywhere of their findings. There was little or no publicity surrounding the review’s publication. The House of Lords report on the review noted disappointment that the government had not produced an executive summary, or publicised the review. The Lords report found, scathingly, that if the purpose of the review were to ‘ground the public debate on the EU on a strong evidence base’ this ‘seems an unrealistic aim, as long as the public are unaware of the Review’s existence’.

The Review has not been cited, or drawn upon, in any communication published by the government on its own website during the EU renegotiation process. Groupthink dictates that only evidence supportive of a pre-decided rationality is relevant. Shoving counter-evidence aside and hoping it will be buried in dusty obscurity is not the same thing as building your own case. The renegotiation proposals involve a tectonic shift in the meaning of free movement, explicitly promote discrimination, and are highly punitive to EU workers. The government must bear a significant burden of proof to show that these measures are warranted by more than popular prejudice and ill-informed generalizations – which are rotten foundations for legal change. 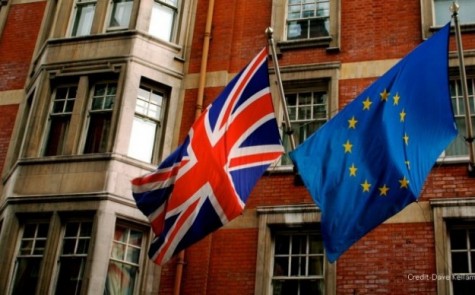 In the Labour leadership contest Brexit is so last year