Can the Brexit clock be stopped? 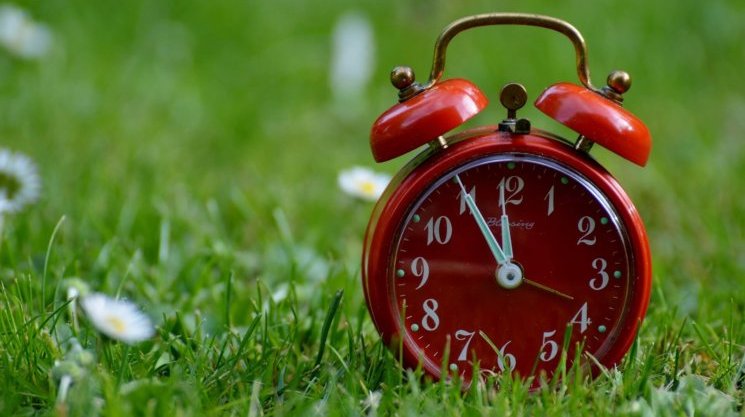 The deed has been done, the letter delivered.  All over media screens the two-year clock started ticking, registering to the level of seconds the time left for Britain’s EU membership. The point of Brexit, when by virtue of Article 50 the Treaties cease to apply, can be determined with atomic precision, so it seems.

But the relationship between law and time can be treacherous, and those who look at the two-year deadline of the withdrawal process as a physical fact could well come in for a surprise. Of course we know that the European Council has the power to decide, unanimously, to extend the withdrawal process. So much is expressly stated in Article 50. There is however more to Article 50 than meets the eye.

In a paper written with Dr Eleni Frantziou (Westminster), and to be published in coming months (for my lecture on the subject, see here), we argue that Article 50 needs to be interpreted and implemented in line with broader EU constitutional principles. We also point out that UK constitutional law governs further UK decision-making on Brexit. Our conclusions are that the clock can be stopped in a number of ways.

First, the UK could change its mind.  Our view is that the Article 50 notification is revocable. The notification implements a decision to withdraw, in accordance with the withdrawing state’s “constitutional requirements” (Article 50(1)).  If that state rescinds that decision, in good faith, and in constitutionally orthodox fashion, the very basis for withdrawal falls away. In the UK Parliament is sovereign. It has authorized the government to notify the intention to withdraw; it could decide, at any point, that Brexit is off.

The EU respects the constitutional identity of its member states (Article 4(2) TEU), and would therefore need to respect a Brexit reversal, for else the effect of Article 50 would be one of forced expulsion. The travaux of Article 50 show that such an expulsion mechanism was rejected. Of course any abuse of the Article 50 process must be avoided – there cannot be an opportunistic letter-sending sequel – but the law can deal with abuse. The EU’s whole purpose is integration, and the return of the prodigal son would fit that purpose.

Second, what if a withdrawal agreement, negotiated within the two-year period, is rejected by the UK Parliament? The government claims that will mean exit without an agreement. However, distinguished and erudite legal opinion disputes this. It interprets UK constitutional law as requiring that the ultimate Brexit decision be taken by Parliament.

It bases that interpretation on the Supreme Court judgment in Miller, which confirmed that only Parliament can change the law of the land. So Parliament could ask for further negotiations, even beyond the two-year period. We argue that EU law needs to respect this, because again this would be part of the UK’s constitutional requirements. The text of Article 50 should be read as meaning that the two-year deadline is limited to an agreement not to agree – a deal on no-deal.

Fourth, the withdrawal agreement could be referred to the EU Court of Justice. Under 218(11) TFEU the Court can be asked for its opinion on an international agreement which the EU “envisages” to conclude. Such an opinion looks at the compatibility of the agreement with the EU Treaties, and can be requested by any Member State or by an EU institution. The Court would need time to consider such a case, and we would argue that, again, this should stop the clock.

Fifth, Article 50(3) provides that the Treaties cease to apply from the date of entry into force of the withdrawal agreement (and “failing that”, two years after the notification). In our view the withdrawal agreement could set a date for entry into force which lies beyond the two years.  Such an approach would leave more time for a transitional period, in the course of which the future relationship could be worked out.

We recognize that on each of these questions there are different views.  The mechanics of the clock are one thing.  What is important, from the perspectives of both EU and UK constitutional law, is an orderly transition, and one which is consensual rather than Brexit by force of a legal clock running out. It is definitely a constant of the EU’s history to resolve constitutional crises by agreement, to a fault.  If ever a crisis called for such an approach it must be Brexit.