Can the Sewel Convention survive Brexit? 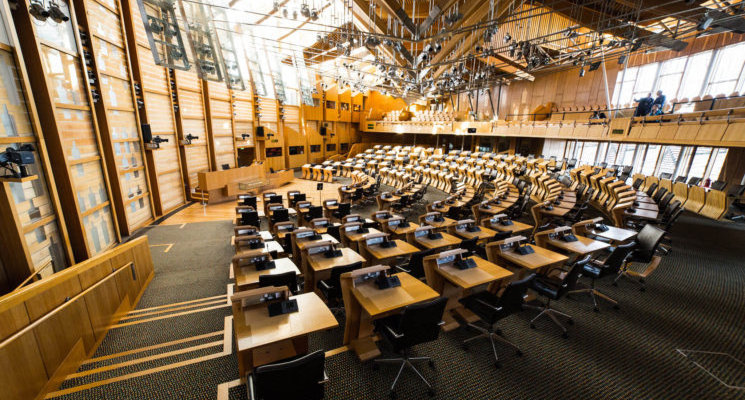 A fraught point in the handling of the EU Withdrawal Bill has been the way in which it deals with those competences that are currently both devolved and Europeanized. The UK and devolved governments were initially far apart on this. They have gradually converged in their positions but latest changes are still not enough for the Scottish Government.

The initial proposal of the UK Government was that all retained EU competences would come back to Westminster, including those in devolved fields. Some powers could then be ‘released’ over time. The rationale was that common approaches were needed to maintain the UK’s internal market; to implement international trade deals; and to address externalities.

This was a drastic move, which reversed the principle that all powers not reserved are automatically devolved. It was never likely to be accepted by the devolved bodies. Nor did they accept the UK Government’s contention that the devolved legislatures would not lose powers because EU frameworks would merely be replaced by UK frameworks.

Both Scottish and Welsh governments refused to recommend legislative consent under the Sewel Convention under which Westminster does not normally legislate in devolved fields or change the allocation of powers without their consent.

Since then, the UK Government has conceded that not all powers need to be retained initially and some could be released right away. It has published a list of these. Then they reversed the principle of automatic reservation and accepted that there would be a presumption that powers would come back to the devolved legislatures unless they were expressly reserved.

In the meantime, UK-wide frameworks would be brought in, by legislation or memorandums of understanding. If legislation is used, then the Sewel Convention would apply.

For their part, the Scottish and Welsh Governments have accepted that some UK-wide frameworks would be needed. The condition was that these be agreed, not imposed. There was a subtle difference, as the Welsh Government envisaged these including joint policies, while the Scottish Government seemed to prefer that they merely provide parameters for the devolved governments’ own policies.

The latest concessions have convinced the Welsh Government to recommend legislative consent and to withdraw its own competing Continuity Bill. The Scottish Government has not followed suite.

It can be argued that, in its concessions, the UK Government has avoided the threatened ‘power grab’ and, in effect, restored the status quo ante, as confirmed in the Scotland Act (2016) and Wales Act (2017), which put the Sewel Convention into statutory form.

Alternatively, one could argue that the argument has exposed the fundamental flaw in that settlement, that the UK can still, in the final resort, alter the devolution settlement unilaterally.

The Sewel Convention only ‘normally’ applies and the UK Government and Parliament are the judge of what is normal. There was always a deliberate ambiguity over what constituted an abnormal situation and what would happen were legislative consent to be withheld. One understanding was that this might provoke a dispute and force the two sides to compromise.

The UK Government’s latest proposed amendment to the Withdrawal Bill dispels this ambiguity by stipulating that the consequences of giving consent, refusing consent or not saying anything will be the same: the measure will go ahead regardless.

This goes against the spirit of post-2014 developments intended to entrench the devolved settlements and move closer to a federal-type arrangement. Neither federal systems nor devolved systems in countries such as Spain and Italy permit a unilateral change by a simple majority in the parliament.

The Supreme Court has ruled that the Sewel Convention is not legally enforceable, which is correct. It is, however, more than a mere political convenience. Conventions underpin much of the UK’s constitution.

The Sewel Convention has worked well for almost twenty years as both sides have respected its spirit but it was not designed to bear the burden that Brexit has placed on it. If we are moving towards something like federalism in the UK, clearer provisions will be needed.

By Michael Keating, senior fellow at The UK in a Changing Europe, Professor of Politics at the University of Aberdeen and Director of the Centre on Constitutional Change where this piece was originally posted.