Could fines be the green watchdog’s sharpest teeth? 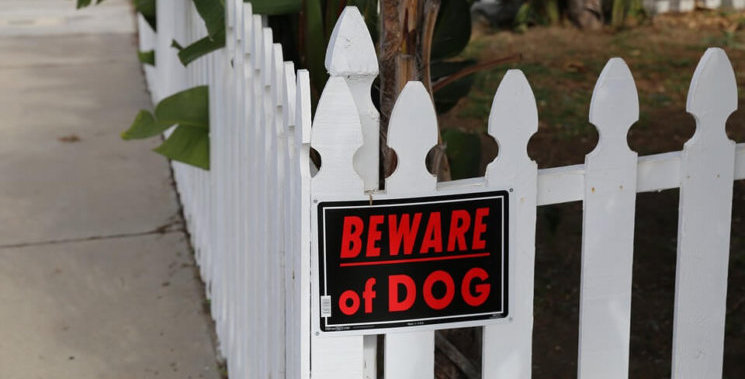 Around 200 hours were spent debating the EU Withdrawal Bill which received Royal Assent last month. These discussions clarified some aspects of governance post-Brexit, but left many others open, chiefly those around the enforcement powers of the proposed green watchdog.

Judging by the submissions made to the Environmental Audit Committee’s current inquiry, there is a widespread feeling that the watchdog needs to have the power and the ability to hold government and other actors to account.

Greener UK is adamant that the government’s current plans – outlined in the Environmental Principles and Governance consultation – are “very weak” in comparison to those vested in the EU institutions. A watchdog without sharp teeth is at risk of becoming what Stanley Johnson describes as a passive “lapdog”.

So what does this mean? The new Act simply requires the government to establish a watchdog with the power to take “proportionate enforcement action (including legal proceedings if necessary)”. By contrast, Mary Creagh’s (unsuccessful) amendment identified a series of powers, including “to fine public authorities for failures to comply with structural injunctions”.

Fines are certainly in Defra’s thoughts. They were covered in a detailed annex of the consultation, but failed to make it onto the long list of proposals. Since then, the debate has narrowed down to a choice between enforcement notices that are purely advisory and those that have greater legal ‘bite’.

Fines have dropped out of the conversation, perhaps because of the (unspoken) fear that if they were ever levied, the money would be immediately subtracted from Defra’s core budget.

Under the current system, if a state breaches EU law, it must rectify the situation. If not, the Commission is empowered by the Lisbon Treaty to follow up, which may result in the European Court of Justice (ECJ) applying a fine. The sums in question are potentially huge, totalling many hundreds of millions of Euros.

Fines are a very sharp but little-used tool. The consultation claims that they have only been applied in 20 environmental cases. To put that into perspective, the ECJ has issued well over 700 judgements on environmental matters.

At present, there are 290 open cases, of which only 12 have been referred back to the ECJ for fines. In general, the UK has a very good compliance record and rarely appears before the ECJ. In total, only 34 environmental cases have been brought against it since 1973.

So why ‘take back control’ over this power if it does not appear to be directly relevant to the UK? First of all, fines have worked. The House of Lords EU committee argued that “the effectiveness of the EU regulatory regime is thanks in part to the deterrent effect of the power… to levy fines”.

Of the 34 cases, not a single one resulted in a fine because the UK was very quick to remedy the situation. Fines have a strong deterrent effect; they focus the minds of ministers and civil servants in a way that domestic judicial review proceedings do not.

Second, states rarely initiate enforcement actions against themselves or one another. The vast majority of EU cases were initiated by the Commission. According to Ludwig Krämer, a member state has never taken another to the ECJ over an environmental case.

The Commission knows this full well, hence Michel Barnier’s repeated warnings that the UK should not seek to engage in a race to the bottom by weakening its domestic governance system.

The most obvious way to reassure the EU27 that the UK’s intentions are entirely honourable would be to establish a domestic watchdog that has exactly the same powers as the EU’s. It would encourage the EU to strike a new trading agreement with the UK.

Third, if the UK drifts towards a softer form of Brexit, more strongly aligned to the single market in goods than services, the UK environmental sector’s reliance on the threat of fines from a domestic enforcement process would grow. This is because the UK would only remain subject to the full array of EU enforcement powers for environmental standards related to goods.

Why is this? Amongst the 34 cases, 30 culminated in a judgment partially or wholly against the UK. Crucially, these cases related to ‘behind the border’ issues such as water quality, waste and land use planning, not goods.

In Mrs May’s vision of a softer Brexit, these issues would be left exposed to ministerial discretion. Michael Gove may not exploit this for political purposes, but one of his successors may.

Finally, there is an important history to all this. The UK was a prime mover behind the original decision to empower the ECJ. During the negotiation of the Maastricht Treaty, the DTI (now BEIS) argued that fines would prevent other member states from undercutting UK standards.

Defra was less convinced but the DTI’s view prevailed. The EU27 are likely to feel aggrieved (and probably less inclined to strike a favourable trade deal) if the UK tries to wriggle free of this self-discipline at the first available opportunity.

Giving the watchdog sharp teeth would, of course, entail some risks. For example, what would the fines be used for? ClientEarth has acknowledged that it would be inappropriate for the watchdog to derive any direct benefit; it suggests hypothecating the proceeds to charitable causes. Then the fines could be used for restorative purposes, linked to the harm that has been caused.

A former civil servant, the Institute for Government’s Jill Rutter, maintains that fines may also have a chilling effect on policy, ie dissuading future governments from setting challenging targets. But, then again, if fines continue to be applied as sparingly as they are now, this problem would not materialise.

Fines have undoubtedly played a major part in raising UK environmental standards and they will remain a live issue long after the consultation closes. The principles and governance consultation period has another month to run.

A big opportunity would be missed if the environmental movement did not exploit this unfrozen moment to debate the role of fines openly and honestly with the government and, of course, the rest of the EU.

By Andy Jordan and Brendan Moore, who are respectively the co-chair and manager of the Brexit & Environment academic network. It was originally published on the Green Alliance blog.