Eight months to go: will the European Parliament consent to Brexit? 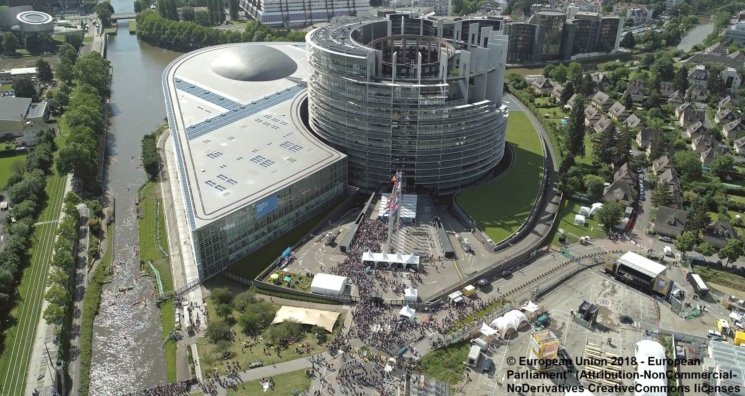 As the UK government published its White Paper on the future relationship with the EU, the European Parliament (EP) quickly welcomed that it would take the form of an ‘association agreement’. This is a position that the EP and its Brexit coordinator, Guy Verhofstadt, had endorsed from the start of the negotiations.

Compared to the other EU institutions, who prefer a narrower ‘Canada-style’ trade agreement, the EP insisted that an association agreement would ensure a flexible and comprehensive framework to bring together all the different policies and issues arising from Brexit. Whether this idea will eventually fly is, of course, altogether a different matter.

The President of the European Council had previously dismissed the option as “Brexit was about dissociation not association” – in other words: the UK is not Ukraine. Yet, as things stand, the EP can take some pride for originally proposing a legal framework that is currently on the table, and – if it comes through – it would mean that the Parliament would have the final say on the agreement.

In about eight months, following Article 50 timetable, the deal that Michel Barnier and his new British counterpart, Dominic Raab, forge will need to secure a majority in the EP – or all their efforts will be meaningless. While the EP has a history of rejecting international agreements, such as the EU-US Agreement on bank data transfers and the ACTA counterfeiting agreement, an assessment of the first eighteen months of the negotiations suggests that this is not a very likely outcome.

True, the EP has not shied away from threatening the use of its veto – for instance, doing so a few times on EU citizens’ rights. Yet, both the negotiating process and the substance of the negotiations suggest otherwise.

A first important reason is that – as Sir Ivan Rogers, former British Ambassador to the EU, indicated – parliamentary consent comes at the very end of the negotiations. At that point, there is little that the EP can do to change the package, as it will be presented a ‘take-it-or-leave-it’ choice.

Vetoing the agreement is likely to entail huge political costs, and lead to the hardest of Brexits – clearly not what the EP would wish for. It is, therefore, during the negotiating process, rather than at the end of it, that the EP will seek to influence the EU’s position. This explains why the EP was very vocal before the start of the process, and threatened to use its veto for procedural reasons to secure its position as a ‘quasi-negotiator’.

The Commission supported the EP because, as a senior parliamentary official put it, “if you want to have a positive result, you want to make sure that the EP has first of all no procedural complaints”.

Once the EP’s role had been secured, its attitude to the other EU institutions became more cooperative and its position more moderate. At the same time, the Commission had a strategic incentive to keep the EP fully on board, as the latter could get more ‘political’ than the former and defend the EU position more loudly. So far, the EP has passed four resolutions on Brexit, providing its inputs on the main stages of the negotiations.

Looking at the big picture, it’s very difficult to spot any significant policy difference between the EP and the Commission/Council. Sharing the same negotiating objective, they – borrowing the words of a veteran negotiator – “construct an agreement together”, presenting a common EU front and avoiding intra-EU tensions.

The process from the Parliament’s side has been led by the Brexit Steering Group – an ad hoc body headed by Guy Verhofstadt somewhat dominating its committees. This organisational innovation has allowed the EP to take an overall political perspective on the negotiations, rather than focusing on more technical or policy-specific issues.

The Brexit Steering Group has excluded those political groups with a dominant British representation and who support Brexit – the European Conservatives and Reformists, and the Europe of Freedom and Direct Democracy – thus mirroring the arrangements in the other institutions (i.e. the Council meeting without the British representatives). The political profile of the Steering Group and of its coordinator allowed them to have a visible and distinct presence throughout the process.

Leaving other questions (like the financial settlement) aside, the EP placed its focus on the rights of the EU citizens in the UK. The EP has been adamant in protecting the status quo for the EU citizens resident in the UK post-Brexit, raising the bar higher compared to the Commission’s proposals.

This issue emerged very clearly in relation to the transition period, and the status of those EU citizens moving to the UK from April 2019 up to the end of 2020.

When, after the initial reluctance, the UK backed down on the issue, the EP scored a major victory. Having neither the political capacity nor the resources to deal with every issue emerging from Brexit, its focus on few, salient items appeared to be successful. Needless to say, the EP hardly faced any opposition from the other EU institutions.

Looking ahead at the next round of negotiations, and in view of the European Council meeting in October, the EP has already stated its conditions: a ‘back-stop’ provision for Ireland/Northern Ireland to avoid a hard border, and a smooth ‘registration system’ for EU citizens resident in the UK.

It will not be making these demands on its own and independently from the rest of the EU: on citizens’ rights, the discussion is now more about implementation details. The Irish issue, on the other hand, remains a very thorny one, whose solution still needs to be fully worked out.

As the Brexit process unfolded, the EP did not have to fight with the other EU institutions for its place in the sun – as it needed to, for instance, in the case of the Swift agreement – and could concentrate on its most salient and pressing issues in the Brexit negotiations.

All in all, we should expect the EP to give its consent when the withdrawal agreement reaches its plenary – provided that the EU (i.e. the Commission and the 27 member states) reaches a viable deal with the UK beforehand. Unless something exceptional occurs, the position of the EU should also well represent that of the EP.

By Nicola Chelotti is co-investigator at The UK in a Changing Europe and Lecturer in Diplomacy and International Governance at Loughborough University London. Edoardo Bressanelli is Senior Lecturer in European Politics at King’s College London. Dr Wilhelm Lehmann is Visiting Fellow at the European University Institute.