Proposals and the Protocol: where do the EU proposals leave us? 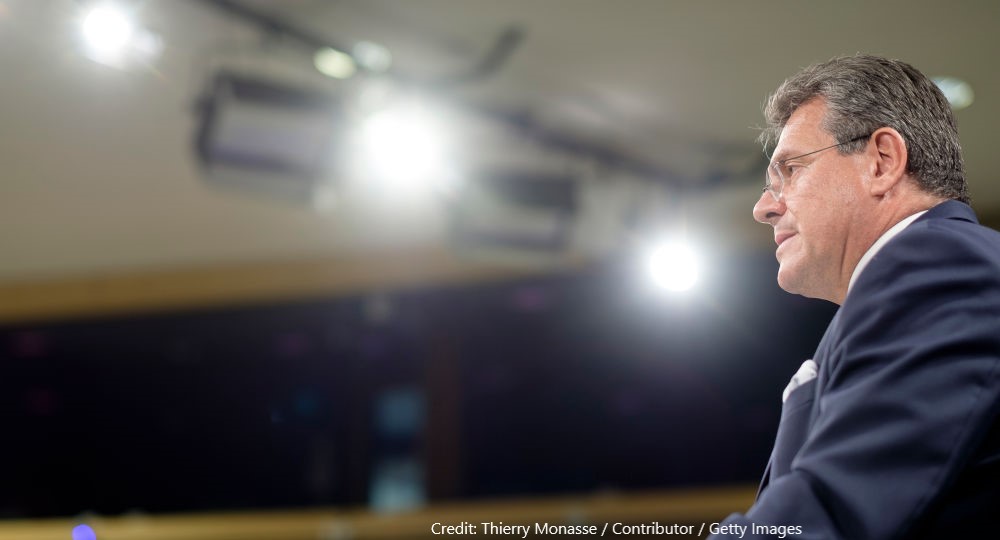 It would not be an exaggeration to say that the Protocol has been the subject of near blanket coverage this week in Northern Ireland. Speculation about Lord Frost’s speech in Lisbon on Monday; reaction to Frost’s speech on Tuesday; speculation about Vice-President Šefčovič’s proposals on Wednesday; reaction to Šefčovič’s proposals on Thursday… So, it’s Friday now. Frost and Šefčovič are meeting in Brussels.

All being well, they will agree to move into more detailed, intensive talks. This is a good time for a brief pause to reflect on where all this has left us.

What Frost’s speech managed to do was primarily to set the tone and trend for how he envisages the UK-EU relationship from now on. Expect more competition and less collaboration. Expect the UK to diverge from EU rules.

Even before we get into the specific and political difficulties around the Protocol, that context makes operating the Protocol all the more difficult for NI, because any workable solution needs it to be able to find balance in its unique position between the EU and Great Britain.

When there is turbulence in that relationship, then that balance is near-impossible to maintain.

What the EU Commission put forward in terms of proposals on Wednesday was never going to be sufficient alone to find such a balance. However, it can be understood as an effort to try to reduce some of the issues that have caused difficulties and disturbance for Northern Ireland’s economy.

These proposals take the form of four non-papers and an annex.

The UK Government was clear that it did not want the EU to put down a ‘take it or leave it’ offer, and these non-papers are evidently not that.

Šefčovič described them in his press conference on Wednesday as ‘direct, genuine response to concerns raised’ by political representatives, business and civil society in Northern Ireland.

As such, they are not detailed or technical solutions per se, but rather outline suggestions or ambitions as to how things might improve. And the examples and the factsheets that have gone out with the announcements might be understood as ‘how things could be’ rather than a promise of what will come.

Šefčovič dangled the prospect of 80% reduction in checks on SPS products and of 50% reduction on customs paperwork, but, well, there is a loud ‘but’ that goes along with that.

Each of the four non-papers cover a different theme: SPS issues (around plant and animal products and health), customs, medicines and stakeholder engagement. And each follows a similar structure: the issue; the legal framework and conditions (and EU interests); possible solutions; conditions and safeguards.

These allow the EU to show that it has recognised some of the concerns raised from NI and from the UK Government (e.g. in its July Command Paper).

They also offer an opportunity for the EU to set out the problem as it sees it, which often includes pointed mention of failures and omissions on the part of the UK government.

The possible solutions included certainly go further than we have seen before from the EU. This is a significant document, therefore, because it very clearly recognises the distinctiveness of NI’s place – and, importantly, acknowledges the need to have arrangements that are particular to the region as a consequence.

Šefčovič stressed that this was ‘an alternative model for the implementation of the Protocol’ – and this does mean a model that will look quite different to what happens at its external borders, including, indeed, the GB-EU border.

It is a model that aims, primarily, at simplification. There could be flexibilities, derogations, reductions when it comes to what would otherwise be typically required for free market access to the EU, as NI enjoys.

However, there are conditions to this. And in this regard the EU has not moved all that far at all.

The fundamental principle remains that goods entering NI should meet EU standards. The flexibility comes in relation to the amount of paperwork, controls and checks required to ensure this. Assurance on that front comes in other forms.

The EU should have access to the relevant IT systems and databases; the border control posts should be built and staffed; there should be alignment of some ‘basic production requirements’ in GB to the EU’s if there is to be access of some products into NI that would be restricted or prohibited in the EU; reinforced monitoring of supply chains; specific labelling requirements; compliance verification mechanisms, etc. etc..

And any solution will require review or termination clauses – a case of once (or twice) bitten, wisely shy, perhaps.

Devils notoriously linger in the details, and we don’t really have those here in these proposals. We certainly don’t have them from the UK side either (its legal text based on the Command Paper being tightly-guarded for now). And these non-papers are far from comprehensive.

There are plenty of issues that can and will be raised further by NI businesses and civic society. There is a long way to go before we find workable solutions – and at some pace, too, if we are to get there by Christmas.

But at least the two men are now talking across a table rather than across the soundwaves.

By Professor Katy Hayward, senior fellow at UK in a Changing Europe.