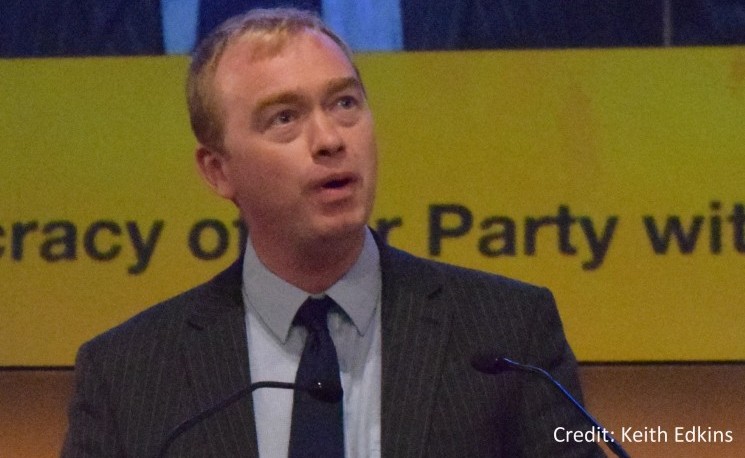 To recover from their worst electoral defeat in more than half a century, the Liberal Democratic Party needs an appealing cause that will gain them public attention.

The forthcoming vote on whether Britain should remain in or leave the European Union is just such a cause.

Of those who voted Liberal at last May’s general election, 70 percent are in favour of keeping Britain in the European Union and only 15 percent would prefer leaving, according to the British Election Study (BES), which interviewed 2,673 Liberal Democratic voters as part of its massive 2015 survey.

The Liberal Party is thus far more united on this issue than either Conservative or Labour supporters. When Liberal Democrats meet in their party conference on Saturday in Bournemouth, any speaker who calls on Liberals to campaign for the EU will be addressing an audience that agrees.

By contrast, any speaker who seeks to defend the party’s role as the junior partner of in the Conservative-controlled coalition government will be stirring up debate about a policy that ended in electoral disaster.

Campaigning for the European Union can boost Liberal Democrat morale because it shows that they do offer a distinctive policy. The BES study shows that Conservative voters are very divided on Europe and the Labour Party’s new shadow Chancellor and Foreign Secretary are in disagreement about what that party’s position should be on Europe.

Even though the Liberals took only eight percent of the vote at the general election, their supporters contribute a disproportionate share of Britons favouring remaining in the European Union. Campaigning for the European Union places Liberals in the mainstream rather than the margins of the electorate, since a plurality of BES respondents favoured remaining in the EU.

By contrast, in fighting a parliamentary by-election the Liberals will be challenged to finish second or third, and could even finish fourth in votes, as they did at the general election. The outcome of the party’s debate about how to regain seats in the House of Commons cannot be resolved until the next British general election in 2020.

For the pro-EU campaigners, Liberal support is welcome but inadequate to secure a clear endorsement of Britain remaining in the European Union.

The boost it gives is more than cancelled out by the boost that the United Kingdom Independence Party gives to the campaign for withdrawal.

Ukip voters are not only more united in their opposition to the EU but also more numerous. For every three Liberals likely to vote in favour of the European Union, five Ukip supporters are likely to endorse leaving the EU, according to the BES survey.

By Professor Richard Rose, a commissioning fund awardee from the UK in a Changing Europe and director of the Centre for the Study of Public Policy at the University of Strathclyde.