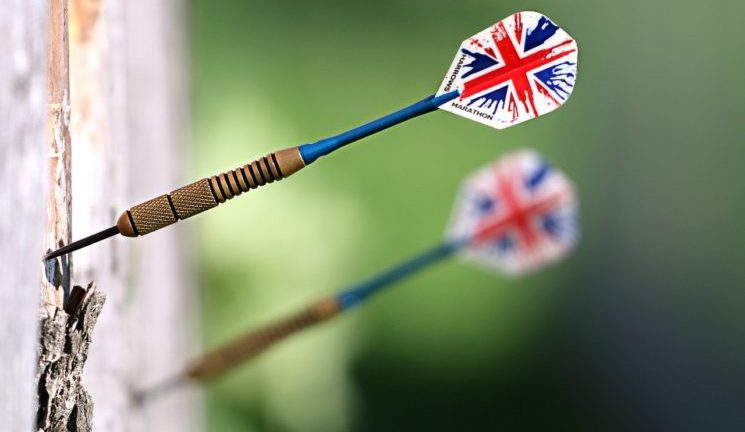 The 2017 general election was billed asthe “Brexit election”. Set against the backdrop of the 2016 referendum on EU membership, Prime Minister Theresa May framed the election as a way of “strengthening her hand” ahead of the negotiations with the EU and ensuring stability. But, in the end, she achieved neither.

While the Conservative Party attracted a 42.4% share of the national vote – their highest share since 1979 and an increase of more than 5% on their result in 2015 – the party failed to increase its number of seats. At 318, the Conservativeswon 13 fewerseatsthan in 2015 and were left eight short of a majority. A working majority of 17 made way for a hung parliament and negotiations with the Democratic Unionist Party (DUP),which if successful will leave May, now a greatly diminished figure,with a working majority of just 13.

Jeremy Corbyn’s Labour, meanwhile, had a better night than expected, polling 40% of the national vote – their highestshare since 2001 and a 9.5-point increase since 2015 – and winning 262 seats, 30 more than in 2015. Can the election result be attributed to a “Brexit effect”? Initial reactionsto the result certainly focused on the Brexit realignment. The shock Labour win in Canterbury came to epitomise this – Labour’s vote increased over 20 percentage points in this traditionally blue seat with two university campuses,
where 55% of voters were estimated to have voted Remain. Jeremy Corbyn became the first party leader to take the seat from the Conservatives since William Gladstone.

The effect of the Brexit referendum on the 2017 vote

Figure 1 above, illustrates the changes in English and Welsh constituencies by their estimated support for Leave in the 2016 EU referendum, based on figures provided by Chris Hanretty.

The Conservatives stagnated or fell back in Remain areas, gaining the most ground in the strongest Brexit seats, which also saw the biggest collapse of UKIP support. This fits with much of the pre-election polling showing large-scale switching from UKIP to the Conservatives. The surprise comes on the Labourside. The party’s surge was greatest in the strongest Remain areas, but Labour surged everywhere else, too. Corbyn’s party was up by nearly 13 points on 2015 in seats where less than 35% voted Leave; and rose a still-hefty 7.4 points in seats where more than 65% did so.

This had two important effects. Firstly, the fall in Conservative support combined with the surge in Labour support was sufficient to topple huge majorities in Conservative-held Remain seats, particularly in London, where Labour overturned large majorities in Battersea, Kensington and Enfield Southgate, and slashed Conservative majorities in previously safe seats such as Putney and the Cities of London and Westminster. Big swings in Remain seats have created a new swathe of marginal seats for
Labour to target in the next election.

Secondly, Labour’s resilience in Leave are as thwarted Conservative attempts to turn traditional working class Labour heartlands blue by consolidating UKIP support. The Conservatives increased their vote in such areas, often dramatically, and usually at UKIP’s
expense. Yet, Labour also bounced back in these areas, so the net Labourto Conservative swing was weak even in the strongest Leave seats. The Conservatives made just six gains from Labour in Leave areas of England and Wales. Most MPs representing heavily Leave seats such as Derby North, Bolsover and Stoke North held on with reduced majorities.

Theresa May expected her embrace of Brexit to fundamentally change the electoral map in her favour, by holding Remain voting heartlands while expanding into Leave-voting, Labour strongholds. Instead the opposite occurred: Labour held firm in their Leave-leaning seats, and achieved often stunning advances in previously true-blue, Remain seats. One possible reason is that in the “Brexit
election”, Jeremy Corbyn’s position on the EU was better aligned with the electorate than Theresa May’s. May’s ever more strident and inflexible language on Brexit alarmed Remain-leaning voters in traditionally Conservative areas and put her
reputation as a competent steward of negotiations at risk.

She looked like a leader determined to appease the most vocal and ideological Brexiteers at any cost. Jeremy Corbyn’s strategy, by contrast, moved the party towards the mildly Eurosceptic centre. Faced with a complex issue where his party’s traditional position was a long way from the median voter’s, Mr Corbyn embraced the pro-Brexit position of the median voter, even at the risk of antagonising the strongly pro-EU segments of the Labour coalition, in a move reminiscent of an earlier Labour leader’s.

In 1997, Tony Blair gambled that he could pitch to the centre ground on economic issues while retaining the loyalties of working-class left wingers. On Brexit, Jeremy Corbyn pitched to the Eurosceptic centre ground by invoking Article 50 and accepting the end of freedom of movement, gambling that Remain voters alarmed by Theresa May’s shrill rhetoric and hard Brexit policy would recognise that Labour was the only viable alternative. This Brexit Blairism helped blunt the Conservatives’ appeal in Leave areas, while allowing Labour to capitalise on alarm with Theresa May’s Nigel Farage tribute act in Remain areas.

Of course, Brexit was not the only factor driving the results. Leave and Remain voting patterns capture a range of other fundamental differences between people and places: in identity attachments,social class, education levels, ethnic diversity and views of
immigration, among others.

Yet this may be another reason Brexit Blairism proved a smart strategy. Labour’s decision to embrace departure from the EU in some form may have helped them reframe the election around other issues such as austerity and public services, and remind voters in Leave areas of their traditional suspicions about the Conservatives. Meanwhile in Remain areas, the party could advance by promising a “softer” alternative approach to “hard” Brexit.

The Conservatives went into this election eager to paint Labour as out of touch and extreme, but failed to realise that, in their own heartlands, they were vulnerable to the same charge.