Germany’s search for a new government: what are the implications for Brexit? 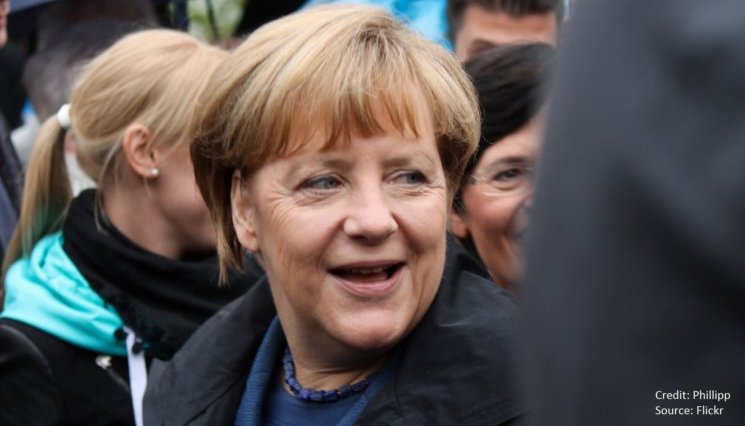 To reach a good Brexit deal with its EU partners, the UK not only depends on their willingness to reach substantial compromises in several areas, but also on their ability to manage their own domestic affairs. This is illustrated by the German federal elections in September 2017, which significantly shifted the country’s political power balance.

The major parties in government, Chancellor Angela Merkel’s conservative alliance (CDU/CSU) and the Social Democrats (SPD) led by former president of the European Parliament Martin Schulz, suffered historical losses and together barely achieved the absolute majority of the votes.

The Greens and the Left Party both made small gains, while the Free Democrats (FDP) returned to the federal parliament (Bundestag) with a respectable 10.7% after losing all of their seats in 2013 following their participation in a conservative-led government.

The balance has shifted further due to a new party – the right-wing Alternative for Germany (AfD) – winning third place in the elections with 12.6% of the votes.

In search of a new government

The exploratory talks for a ‘Jamaica coalition’, named after the colours associated with the negotiating parties (CDU/CSU (black), FDP (yellow) and the Greens), collapsed on the night of 19 November 2017. The FDP leadership justified their walkout with the lack of a “common vision for the country’s modernisation” and a “common basis for trust”.

In early January, following meetings between Federal President Frank-Walter Steinmeier and the different party leaders as provided by the German constitution, CDU/CSU and the SPD began exploratory talks to form a new grand coalition (“Groko”) – an option that Schulz had ruled out minutes after the announcement of the devastating election results.

However, since neither of the parties are willing to govern together with the Left Party or the AfD, and a minority government or new elections did not receive joint support, a new grand coalition remains the only viable alternative.

Keen to avoid the mistakes made in the negotiations for a Jamaica coalition, the parties kept their talks behind closed doors and reached a deal quickly. The 28-page position paper published on 12 January contained few surprises and resembled a “give-and-take” compromise between the partners’ conflicting views. Coalition talks began two weeks later, following a narrow ‘yes’ vote by the delegates of a special SPD party conference.

Since the presentation of the final coalition agreement on 7 February that reflects the “loveless marriage” between conservatives and social democrats, debates about the allocation of cabinet posts, Merkel’s succession and Schulze’s resignation as party leader have dominated the headlines. It is unclear if the more than 460,000 SPD members will support the new grand coalition in a postal ballot. The results are expected on 4 March.

With the SPD in disarray and support for Merkel within her own party waning, what does the political situation in Germany as the biggest EU member state mean for the Brexit negotiations?

What the coalition agreement says about Brexit

It is remarkable how little the coalition agreement, titled “A new departure for Europe, a new dynamic for Germany, a new solidarity for our country”, has to say about Brexit. Its first chapter, on Europe, refers to the UK’s decision to leave the EU as one among many challenges to European integration, whose future success cannot be taken for granted.

The coalition partners “regret the United Kingdom’s withdrawal from the European Union”, but are interested in maintaining a “trustful cooperation between the Federal Republic of Germany, the United Kingdom and the EU27”.

The smaller EU budget and potential for improving Germany’s standing as a financial centre in Europe once the UK (currently the 4th biggest net contributor) has left the club are mentioned briefly.

While a closer cooperation with France to revive the “motor of European integration” and the importance of Germany’s partnership with Poland are addressed in several of the 14 chapters, Anglo-German relations do not seem to be a strategic priority for the new government.

May and Merkel under domestic pressure

Germany and the UK always have had different approaches to EU integration, with one tying its political fate to Europe, and the other one keeping its distance. But the reasons for Germany’s reserved attitude towards Brexit are more mundane.

One of them is the UK government’s unclear negotiation position. At a joint press conference with Prime Minister Theresa May in Berlin ahead of the Munich Security Conference (MSC), Merkel said she was “curious” about the UK’s ideas for a partnership with the EU.

She made clear that unless progress in the negotiations is made soon, it would be difficult to keep to the schedule for the UK’s official withdrawal from the union on 29 March 2019.

At home, May is under increased pressure to deliver a good Brexit deal, exacerbated by her inability to re-unite the country after the narrow referendum result in June 2016, the loss of her parliamentary majority in the snap election last year, and the repeated reshuffling of her cabinet.

Her plans to accept the European Court of Justice’s jurisdiction and pursue integration in the fields of foreign, security and defence policy post-Brexit, as outlined in her speech at the MSC, are likely to face a backlash from within the ranks of her own party and other Brexiteers.

Merkel and her government, too, are under immense domestic pressure to offer a new political vision for the country. This may be another reason for Germany’s relative lack of interest in the Brexit process.

Having lost a substantial number of votes in the 2017 elections, in particular to the AfD, the (formerly) major parties need to do what they can to avert their own downfall by addressing the major social and political divisions that the European migration crisis has exposed since 2015.

The coalition agreement responds to this challenge by devoting a lot of space to the need for more social cohesion, democracy, equality of opportunity and living conditions. Whether the proposed measures (more money for education and families, investments in public housing and a cap on the number of asylum seekers, among others) can be successfully implemented and provide the basis for a stable government, remains to be seen.

If the SPD members reject a new grand coalition, the decision will again lie with Federal President Steinmeier. New elections, however, would be the most likely scenario, almost certainly resulting in further political instability in Germany and a negative knock-on effect on Europe.

If the members support it, Germany and the UK will continue the Brexit negotiations under the leadership of the same parties – and the same heads of government – that began the process in March 2017.

While this may contribute to a stabilisation of their relationship, a mutually beneficial deal will also depend on whether both sides can face the political challenges in their own countries.