How not to be Brexit secretary: five pieces of advice for Dominic Raab 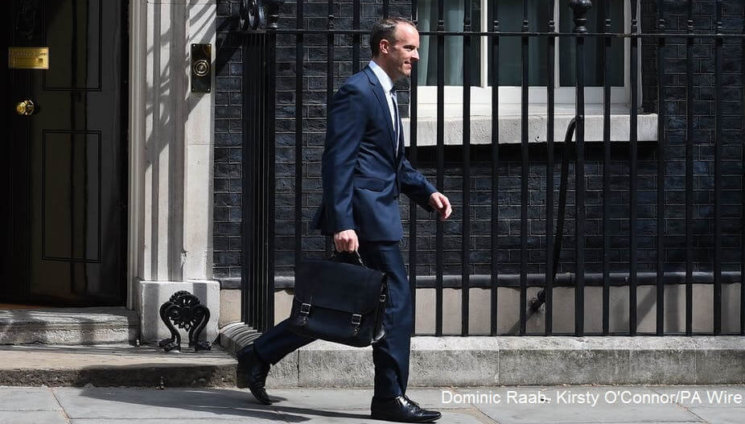 Many congratulations on your appointment as the UK’s new Brexit secretary. As a Brexiter, you doubtless relish the opportunity to shape one of, if not the, most important processes our country has embarked on in peacetime, and I wish you well.

I have five pieces of advice for you as you take the helm at the Department for Exiting the European Union, based on the tenure of your predecessor, David Davis.

First, develop a tough skin. Brexit, as you hardly need reminding, is deeply divisive. And so, whatever you do, and however well you do it, a large chunk of the population will hate you for it. And that will manifest itself in many ways – think of the ridiculous amount of coverage generated by the fact that Davis once turned up to a meeting in Brussels without papers.

Second, on the subject of Brussels, bear in mind that you’re not really going to be carrying out the negotiations. That’s what the prime minister has Olly Robbins, her Europe advisor, for. You might get the odd photo opportunity with the EU’s chief Brexit negotiator Michel Barnier, but, as the events leading up to the Chequers cabinet Brexit showdown demonstrated all too clearly, policy is driven by Number 10.

Weigh up the evidence

Third, you might, at an early stage of your tenure, decide whether or not evidence matters. If not, you can bluster along – look to your former cabinet colleague in charge of the foreign office, Boris Johnson, for tips – proclaiming loudly that all will be well. Though don’t be surprised if, as a result, businesses who don’t believe you clog the Number 10 phone lines.

If, on the other hand, you are one of that dying breed who takes evidence seriously, you’ll need to be a tad more honest than your predecessor. For one thing, you might need to acknowledge that a backstop solution for the Irish border cannot, by definition, be time limited.

Hence you and your colleagues face a choice: no deal (talk to your civil servants about this, it’s bad); regulatory alignment with the EU along with customs union membership, to avoid an intra-Irish border; or, failing that, a customs and regulatory border between Northern Ireland and the rest of the UK. That’s the choice. Confront it.

Fourth, you might want to be honest about the painful choices that Brexit implies. Making trade more difficult with our nearest and largest trading partner will have economic consequences. I can point you towards boat loads of evidence to illustrate the point. And, while I’m at it, please don’t say “the short term forecasts were wrong so we can’t trust any forecasts”. That’s just the non-sequitur of fools.

None of which is to say we shouldn’t carry Brexit out. There are, after all, more important things than money. And let’s face it, many Remainers blithely ignore the political implications of setting aside the result of a referendum. But be a breath of fresh air and accept the trade-offs inherent in this process. Who knows? You may end up being rewarded for your honesty.

And talking of honesty, for many Brexiters like yourself I know one of the main points of the EU referendum was to make British governments responsible for their actions. No more hiding behind Brussels. So don’t find other scapegoats to blame for the failures of politicians. For all that your new department occupies a strange place in the Whitehall ecosystem, it is full of talented and hard-working people.

So fifth, please don’t give in to the temptation of blaming civil servants for the fact they cannot turn water into wine. Geography is a key determinant of trade patterns, so, however hard they try, they can’t make a trade deal with Australia compensate for barriers to trade with Europe.

The EU has its own interests, so if and when it rejects your shiny new Brexit plan, it’s not because your officials haven’t tried hard enough.

None of this is rocket science. Nor is it hard to do. And I really believe it will not only help you do your job but it might, in the process, restore some faith in politics. Now that would be some achievement.

By Professor Anand Menon, Director of The UK in a Changing Europe. This piece originally featured in The Conversation.