Is the Swiss model a Brexit solution? 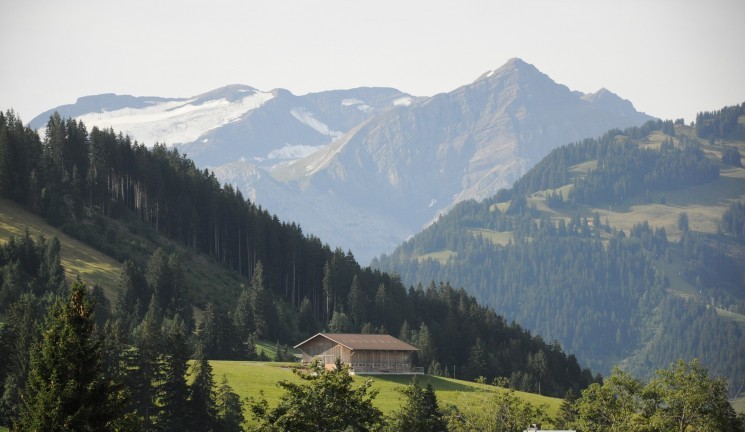 The “Swiss model” is not a solution the UK can adopt off the shelf if it votes to leave the EU. The Swiss relationship with the EU is a patchwork established in long rounds of diplomatic negotiations and requiring constant reparation. It shows there is a model of relations with the EU for outsiders, but that model is not too different from the one inside the EU.

Switzerland, a small continental and mountainous country, and the UK, an island and global power have something in common. Both are reluctant Europeans and have found very particular solutions to their reluctance. The UK is a member of the EU, but does not participate in the border-free travel area, in policies on asylum, migration, justice and internal security and is not a member of the Euro. Apart from Denmark, no EU member state has more exemptions.

Switzerland is not a member of the EU, but it has negotiated many sectoral agreements with the EU, ranging from selective access to the EU’s single market to participation in research and education programs and association with EU policies on borders (Schengen) and asylum (Dublin). Apart from the members of the European Economic Area (EEA), which are institutionally associated with the single market, no third state has developed so many ties with the EU.

Four lessons from the Swiss model may help us see more clearly how the UK’s future following an exit from the EU would look. The first lesson can be drawn from the ad-hoc negotiations, which have shaped the Swiss model. The negotiations were long. It took Switzerland six years to negotiate the first package of sectoral agreements after Swiss voters rejected the agreement on the EEA in 1992. Switzerland was able to gain selective market access to the single market only on condition of accepting the EU’s free movement of persons principle, which was one of the reasons for the Swiss rejection of the EEA.

The pattern repeated itself when the second package deal was concluded. Switzerland agreed to the EU’s terms on the regulation of taxation of savings and the fight against fraud in order to become associated to the EU’s Schengen and Dublin agreements. Unlike the UK, Switzerland is not an island and feared that it would become a haven for asylum seekers and organised crime.

Despite not being a member of the EU, the European integration process forced Switzerland to liberalise its migration policy and tighten the regulations in the financial sector, among other things. The issues at stake might be different for the UK, but opting in for non-members does not come free: it means accepting package deals.

The second lesson can be drawn from day-to-day management of the Swiss-EU agreements. The most important Swiss-EU agreements have been amended regularly, sometimes several times a year, most often by the Swiss government and mixed committees, composed of Swiss and EU officials. This finding is not surprising as the EU’s legislation is steadily evolving and Swiss-EU agreements are explicitly or implicitly built on existing EU law. They cannot fulfill their functions unless they keep up with legal changes.

This finding calls into question the emphasis on self-determination which makes the “Swiss model” attractive for British Eurosceptics. If agreements with the EU are to provide some of the benefits of EU membership to non-member states, then they have to be amended far more often than one would expect from static international treaties. These amendments are administrative processes rather than deliberate political decisions. This means that leaving the EU would not stop the influence of EU law-making on UK-EU relations, but it would curtail UK’s decision-making rights.

In newer Swiss-EU agreements, amendments are regulated by “dynamic” provisions, which for example oblige Switzerland to adopt all new Schengen legislation and all changes to custom security matters occurring in the EU. Switzerland therefore has to passively accept EU decisions, whereas as an EU member state, the UK becomes a decision-maker as soon as it opts into a specific legislative project concerning the Schengen area.

The third lesson is that accepting EU decisions is particularly important for access to the EU’s Single Market. The only non-member states with full access are the EEA states (Norway, Iceland, and Liechtenstein). They agreed to regularly adopt new EU legislation. By 2015, over 10,000 legal acts had been incorporated by these states in the EEA agreement. Switzerland does not have full access to the Single Market.

The Swiss model is a patchwork of liberalisation, harmonisation and cooperation agreements. Trade in capital and services is not liberalised, apart from some exceptions for insurance and short-term services. Trade in goods is not generally liberalised, but regulated in the Free Trade Agreement from 1973 covering industrial products and issue-specific liberalisations mainly negotiated in the 1990s as part of the first package of agreements after the EEA rejection. To plug the holes in this patchwork, every bill presented to the Swiss federal parliament is examined with regard to its compatibility with EU law. Today, economic integration with the EU means accepting the supremacy of EU law.

The final lesson is that tailor-made solutions have become harder over time. Back in the 1990s negotiations were cumbersome and based on tit-for-tat deals. But, today, Switzerland and the EU cannot even agree on the terms of negotiation. The problem is twofold: The EU regards the Swiss model as an integration model and requests formal rules for the update and enforcement of the agreements in order to ensure legal homogeneity. The Swiss government proposes solutions, which alienate Eurosceptics in Switzerland but do not satisfy the European Commission.

Moreover, in 2014 Swiss voters adopted a popular initiative which conflicts with the EU’s free-movement-of-persons principle. The EU has not agreed to re-negotiate the terms of the agreement. Even worse, the EU linked both problems to other issues: negotiations on Swiss access to the liberalised electricity market were put on hold and Switzerland was excluded from the EU’s Horizon 2020 research funding.

Even though the EU cannot formally sanction Switzerland, it can be uncooperative. The UK has to evaluate carefully what its position in negotiations with the EU would be as a non-member state.

Sabine Jenni is an Associate Researcher at ETH Zurich.