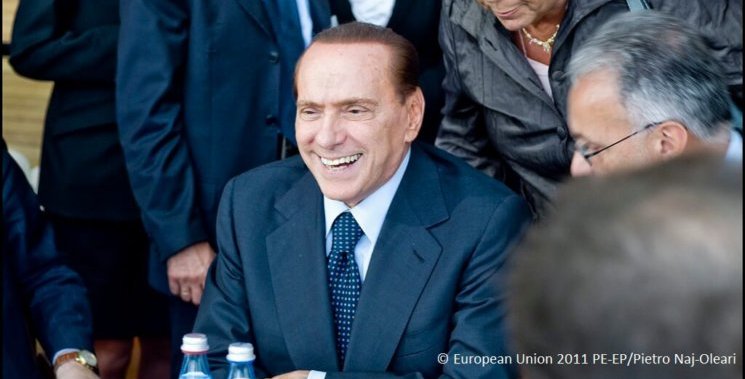 Big shock in the Italian elections. The Five Star Movement won 32.6% of the votes, and is by far the largest party of the country. Its performance was particularly strong in Rome, Naples and in the south more generally.

Another clear winner is Le Lega, and Matteo Salvini seems to have won his bet: he transformed it from a regional party in Northern Italy (built around a centre-periphery cleavage) to a right-wing, anti-immigration Front National-type of party. In the 2013 elections, Le Lega won just 4% of the votes; today, with 17.4%, it has surpassed its main coalition partner, Forza Italia – the party of former Italian prime minister, Silvio Berlusconi (on 14%). Meanwhile, voters heavily punished the party currently in power, Matteo Renzi Democratic Party, which only won 18.7%.

Despite a struggling economy, the main concern of Italians in the run-up to the election was immigration. In recent years, a large number of migrants, especially from Sub-Saharan Africa, have come to the country across the Mediterranean.

There are around six million migrants in Italy – the number is overall in line with other European countries– and according to recent estimates, around 500,000 are irregular migrants and around 200,000 asylum seekers.

In the public discourse, immigration was linked to high unemployment (around 11%, with youth unemployment at 32.7%) and to crime – although data suggest both a fall in crime rates across the country, and in the share of crimes committed by foreigners.

In terms of the economy, the Italian electoral campaign has been characterised by three main aspects. First, all the parties (the centre-right coalition and the Five Star Movement in particular) have made costly electoral promises, which would further increase public debt. Not much attention was given to how these promises could be financed, or to the risks that a higher debt might generate.

Second, the Democratic party tried to use the recent recovery to publicize its reforms while in government; but the recovery was actually quite shallow, and GDP and employment have not yet returned to the pre-crisis levels. On the other hand, the opposition parties often blamed Europe, the euro, or Germany – depending on the news of the day – for the sluggish recovery.

Third, almost completely missing from the electoral campaign was a discussion of the internal reasons of the poor economic performance of the country.

Political parties hardly discussed why Italian productivity is so low, how the administration, the judiciary and the education system could be reformed, why all the new jobs are fixed-term contracts, why Italy does not attract high-skilled jobs, etc.

The common theme is that Italian parties like to think that the factors holding Italy back originate outside the country – be it immigrants, the euro or Angela Merkel. In this vein, the victory of the Five Star Movement and Le Lega are only in part a protest vote.

If this is a protest vote, it is certainly not aimed at changing Italy’s deep-rooted ways of running the state and the economy. Sunday’s vote might indicate Italians’ persistent willingness to lose their own sense of responsibility for the country’s economic fortunes.

As things stand, there is no clear majority in the Parliament. Several scenarios are possible. It might be that the President of the Italian Republic, Sergio Mattarella, calls for new elections in the coming months – either with the current electoral law or after a caretaker government produces a new one(!). The centre-right coalition (Forza Italia, Le Lega, Fratelli d’Italia) has the largest number of votes and seats; but it needs to gather a substantial number of parliamentarians from other parties to form a workable majority.

That might be possible, but this is far from obvious. Alternatively, the Five Star Movement might try to lead a coalition with parties either from the right (possibly Le Lega and Fratelli d’Italia, with whom they share some common concerns) or the left (the Democratic party).

In the aftermath of the election, Luigi di Maio, the Five Star Movement’s leader, has said that he is open to talks with all political parties. On the other hand, Salvini argued that Le Lega has the right to govern with the centre-right coalition.

The implications of this election for Europe could be rather substantial – particularly if we get a centre-right coalition led by Le Lega, or a coalition between it and the Five Star Movement. These parties might not necessarily make plans for withdrawing Italy from the euro (at least not in the short term), but it is still likely that conflicts between the Italian government and EU institutions will increase.

A new Italian government will probably want to exceed the 3 percent deficit-to-GDP limit under the Stability and Growth Pact to fund public investments or reduce taxes – challenging the convergence of macroeconomic policies in the eurozone. It will also want to scrap the so-called Legge Fornero (an unpopular pensions law setting the retirement age at 67), which would further increase the country’s debt.

The clashes with the Commission that would follow might further polarise Italian public opinion on Europe, possibly strengthening the country’s euroscepticism. This scenario might also hijack France’s and Germany’s plans to reform the Eurozone: it is difficult to see the German government agreeing on a bigger budget and a single finance minister for the currency bloc, if it sees concrete risks coming from a fiscally autonomous and irresponsible (in their reading) Italy.

And, what about the implications of the Italian elections on Brexit? Like other European elections, Brexit was hardly mentioned in the electoral campaign. In the aftermath of the Brexit referendum, Le Lega and Fratelli d’Italia applauded the British public’s decision to leave the EU.

The Democratic party joined other mainstream parties in Europe in regretting the results of the referendum and in considering Brexit a dangerous product of populism. The Five Star Movement had taken a more wavering position on the issue.

But since then, Italian parties have largely forgotten about Brexit; even Le Lega has not used it as a frame to strengthen its cause against EU institutions and the euro. If anything, eurosceptic forces have slightly downplayed their plans for an ‘Italexit’.

The new Italian government will certainly contain less euro-friendly elements. But it is unlikely that the new executive will choose Brexit to start battling with the EU. Italy’s interests in the first phase are very much in line with the Commission’s approach – in terms of citizens’ rights and UK financial contribution to the EU budget.

In the second phase of the Brexit talks, a eurosceptic government might be less strict than other EU countries in preserving the integrity of the single market, and might be tempted to offer more favourable conditions to the UK. Italy, however, has been a rather silent actor in the Brexit negotiations so far, and to become an active shaper would require substantive diplomatic and organizational efforts.

Most importantly, Brexit is not salient enough for the Italian government to spend huge political capital on in a clash with the EU institutions. That capital might well be used for other, more important battles.

By Nicola Chelotti, co-investigator at The UK in a Changing Europe and lecturer in Diplomacy and International Governance at Loughborough University London.