Lugano: a Bailey bridge for Brexit 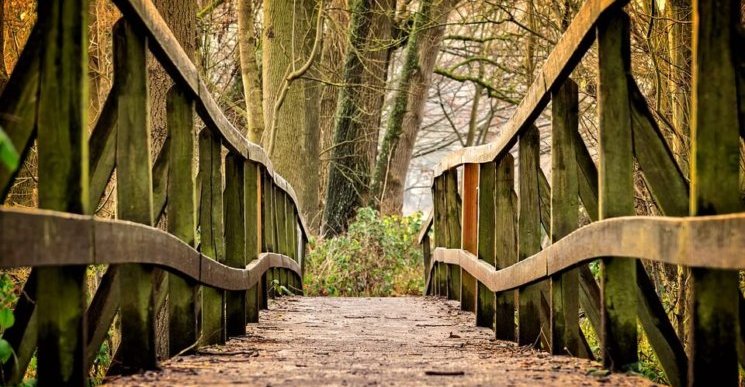 The chances of having an all-encompassing framework for the new relationship between the EU and UK drafted and agreed upon before the end of the transition period, 31 December 2020, are menacingly slim.

Lars Vesterbirk, the lawyer who negotiated the departure of Greenland from the European Community in 1985, estimates that it will take at least seven years, but even this timespan seems to him unrealistic. As a lawyer  I wish to call on my colleagues to be realistic and not only prepare for a no deal situation, but wherever possible put emergency measures in place as soon as possible.

The four freedoms of the single market – of goods, capital, services, and labour – are indivisible for the EU. That poses an obstacle to agreeing on the measures to mitigate the damage from Brexit, but jurisdiction and enforcement in civil matters can be dealt with separately. A straightforward, off the shelf solution is available: The Lugano Convention.

The European Free Trade Association (EFTA) was founded in 1960 by the United Kingdom together with Austria, Denmark, Norway, Portugal, Sweden and Switzerland. The EFTA was in those days referred to as the outer seven.

The inner six were France, Germany, Italy, Netherlands, Belgium and Luxemburg, which in 1957 had founded the European Economic Community (EEC).

Since then, trade in goods and services amongst the EU and EFTA member states has flourished, and an essential factor behind this growth has been judicial cooperation to reinforce the rule of law.

By mutual recognition of legal instruments barriers have been taken down and trust in cross border trade has been enhanced. In particular, the choice of law and jurisdiction clauses , are not deal killers any more, as European cross border litigation is no longer dependent on these seemingly binary negotiation issues.

The choice of law does not bestow on one party an undue advantage as much of commercial law is now European, and remaining national law is guided and harmonised by European regulations. The court of the buyer in one member state can without much ado apply the law of the seller of another member state.

Jurisdiction and enforcement: the Brussels Regime

The Brussels Regime is a set of rules on jurisdiction and the enforceability of judgements, which have been developed and tested in practice over a time span of fifty years. Under this system, separate national jurisdictions have created a thriving legal community.

Judicial sovereignty has not been given up by any member state, but each member state allows its sovereignty to contribute to a robust system of streamlined cross border litigation based on common checks and balances and reciprocated trust in each other’s judicial systems.

The foundation was laid by the 1968 Brussels Convention. It provides a common framework to decide on jurisdiction and limits exequatur proceedings for the recognition and enforcement of a foreign judgment to a formal test, such as fair hearing. It also contains some basic rules on lis alibi pendens – the situation that arises when a case is brought in one court while proceedings are also under way before the court of another member state. EU Regulation 44/2001 modernised and ‘internalised’ these rules and instruments into directly applicable EU law.

The next step in removing cross border enforcement barriers was taken by the European Enforcement Order for uncontested claims. For the first time national courts were empowered to certify their judgements as a ‘European title’, to be recognised and enforced in all other member states.

So, in whatever member state the judgement is rendered, it obtains the binding power of any national judgement of any and all member states. The European Payment Order, based on the German Mahnverfahren, and the Small Claims Procedure, based on common law, in force since 2008 and 2009, render directly a European title.

Finally, Regulation 1215/2012, the present Brussels I Regulation (also referred to as ‘recast Brussels I’) gives civil courts in any member state the power to render a judgment which can immediately be enforced in the jurisdiction of any other member state, without intervention of the courts of that member state.

To facilitate cross border litigation between EU and EFTA as well, a separate scheme was agreed in 1988, known as the Lugano Convention. In 2007 an updated version, modelled on Regulation 44/2001, was agreed by the EU and Denmark with the EFTA member states Norway, Switzerland and Iceland.

Lugano as a Bailey Bridge

If nothing is agreed before Brexit date, the UK will fall out of the Brussels Regime and the Lugano Convention. The EU, EFTA and UK will then judicially be largely disconnected, as if the Iron Curtain reappeared after 30 years 800km to the west, in the Channel.

To continue the analogy, Dublin will be like West Berlin: an EU enclave in the ‘Wild WTO World’, which will be the new home of the UK if no deal is reached with the EU.

If, however, the UK would become party in its own right to the Lugano Convention, rules on jurisdiction, lis alibi pendens and recognition and enforcement of judgements would continue to reciprocally apply, albeit at the level of former EU Regulation 44/2001 (so judgements would not gain validity as European title). The European judicial cooperation in civil and commercial matters would thus be saved.

Articles 70-72 Lugano Convention 2007 lay out the road to becoming a party. The UK would need an invitation of all present Lugano parties: Norway, Switzerland, Iceland, Denmark, and, of course, the EU. For the latter, the invitation would need a qualified majority vote in the Council of the EU.

The Lugano Convention could serve as an emergency measure, as a Bailey Bridge between the cliffs of Calais and Dover, to ensure that we will not be cut off from one another if new arrangements are not in place in time.

The judicial traffic will slow down to some extent, as the Lugano Bailey Bridge cannot accommodate the level of exchange provided for by Brussels I, but a breakdown of the Brussels regime will be avoided.

When should the EU and the EFTA countries invite the UK the join the Lugano Convention? Wait until it is clear that a deal cannot be reached in time? No, to avoid uncertainty, the EU should include in the Withdrawal Agreement an invitation to the UK to join the Lugano Convention, as a safety precaution in case another solution is not found in time.

Denmark, Norway, Switzerland and Iceland should likewise invite the UK to the Lugano Convention in their withdrawal arrangements with the UK. The UK government has indicated its willingness to accept such an invitation.

The lawyers’ role in Brexit

Some lawyers may have reservations about talking of emergency measures at this point, out of deference to the negotiating positions of their governments. Such considerations, of who blinks first, should be left to our politicians.

I believe that we lawyers have a professional and social duty to warn politicians about a looming calamity in our field, a calamity with major long term impact on trade, services and the economies of Europe.

And it is up to us to show ways to mitigate these damages. As lawyers we should maintain the force of community: our esprit de corps and ability to provide structure is all the more important where the political machinery seems to be incapable of offering  predictability and sustainability. On 31 December 2020 negotiation positions will have become utterly irrelevant.

Judicial cooperation, however, remains of the essence. We should advocate the long term interest of the field for which we are responsible: the law. Let us call on our politicians to include in the Withdrawal Agreements an emergency bridge for continued judicial cooperation, the Lugano Bailey Bridge for Brexit.

The Lugano Bailey Bridge could inspire other professionals to demand emergency measures in their field to mitigate damages in case an all-encompassing framework not being agreed and implemented in time.

By Murk Muller, Dutch trade lawyer in private practice. Admitted to the Bar in Rotterdam as an advocaat, by virtue of the EU Establishment Directive 98/5/EC he has also been admitted to the Bar in Berlin as a German Rechtsanwalt after having passed the Eignungsprüfung.