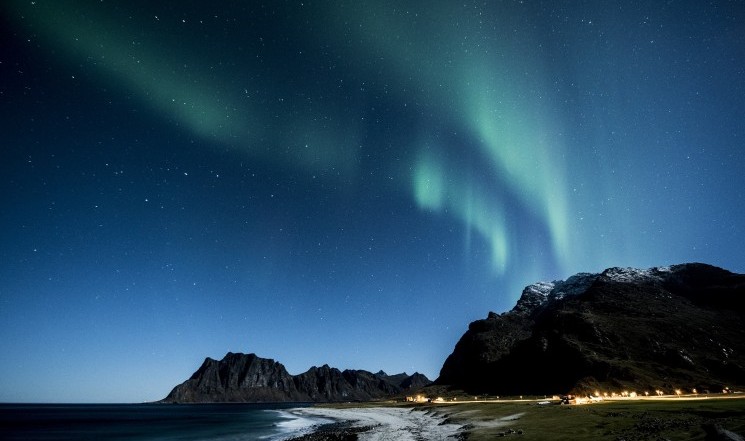 Many Brexiteers claim that the United Kingdom would be perfectly fine with the Norwegian model as an alternative solution to fully-fledged membership of the European Union. This piece examines this option and questions the merits of such a proposition.

To begin with, there is no Norwegian model as such. The concept actually refers to the European Economic Area (EEA) comprising the 28 member states of the European Union and 3 European Free Trade Area (EFTA) countries, including Norway. For EU member states participation in the EEA is compulsory, they are referred to as EEA-EU states.

For EFTA countries it is optional. EFTA currently comprises Norway, Iceland, Liechtenstein and Switzerland. Only the first three are in the European Economic Area as EEA-EFTA states, while Switzerland has a tailor-made deal with the European Union. The EEA is a very complex, heavily institutionalised and rather expensive alternative to EU membership.

The United Kingdom is already in the EEA in its capacity as EU member state. If the EEA were to be an alternative to EU membership, the UK would have to become a member of EFTA first and then rejoin the EEA but as EEA-EFTA member. Let’s first look what it entails and then explain how the UK could get there.

The European Economic Area is an extension of the EU’s internal market. At first sight, it may seem an ideal option for the United Kingdom if it left the EU. The UK would participate in the areas of European Integration it desires and would be allowed to stay away from the dossiers that are more controversial, particularly political integration.

The devil, however, is in details. The EEA entails all the freedoms of the EU’s internal market, including the free movement of persons, which as things currently stand, is the bone of contention. It also covers numerous complementary policies, among them employment, environment or consumer protection. These areas are an integral part of the single market.

Neither Norway, Iceland or Liechtenstein sit at the negotiation table in the Council of the EU. Furthermore, these countries are not represented in the European Parliament. If the United Kingdom were to opt for the EEA-EFTA option, it would quickly become a law-taker, which would be a considerable downgrade from its current position as law-maker.

The negative impact of being an EEA-EFTA member would be particularly visible in criminal law, agriculture and trade with third countries. The EEA framework does not cover EU criminal law. In theory, this option would cut the UK from the obligations of ever closer integration in Justice and Home Affairs matters as well as the EU’s complex and resource intensive Common Agricultural Policy.

As far as the first is concerned, the truth of the matter is that the United Kingdom has been benefiting from opt-outs since the Treaty on European Union entered into force in 1992. Having used the grand opt-out created by the Treaty of Lisbon it is bound now only by a handful of measures and can always opt-out of any future proposals.

Thus, joining the EEA would not bring many benefits compared to the current situation, but it would deprive the UK’s law enforcement authorities of the European Arrest Warrant as well as access to Europol and Eurojust. In order to keep the access to the latter two, the UK would have to negotiate a separate agreement with the European Union.

The European Arrest Warrant may be quite fairly criticised for its flaws, but it is a very useful tool in the hands of prosecutors and judges. It is not part of the EEA framework although a comparable arrangement between the EU and EEA-EFTA countries is envisaged in a tailor-made treaty.

A move from being EEA-EU state to EEA-EFTA country would also cut the United Kingdom from the Common Agricultural Policy. While UK farmers may not be among EU enthusiasts they have benefited for over 40 years from direct subsidies from the EU budget. It is hard to imagine they would give up their financial benefits easily. The UK would have to create its own agricultural policy and find ways to finance it.

Last but not least, the EEA does not have an external dimension. By leaving the EU and by becoming EEA-EFTA country the United Kingdom would lose all free trade and trade liberalisation agreements with third countries it benefits from now. A generic argument made by those in favour of leaving the EU is that such agreements can be negotiated by the United Kingdom with ease. In principle this is true, but when, at what price and how would these agreements be negotiated?

Such negotiations would have to be conducted with non-EU countries in parallel to withdrawal negotiations. They would be intense and with no guarantee of success on the horizon. Negotiating such agreements as a medium sized country, instead of the biggest trade block in the World, will not be an advantage. Furthermore, the idea that potential trade partners are sitting and waiting to offer free trade deals to the United Kingdom is an illusion. For this dance one needs two partners moving in unison. This may prove tricky, to say the least.

What steps would have to be taken for the UK to become member of the EEA as EEA-EFTA country? Procedurally, it would be a rather messy exercise as it would require parallel negotiations with different partners. First, the United Kingdom would be negotiating the terms of Brexit with the European Union. Second, it would have to negotiate membership in the EFTA and the EEA at the same time. The first would be conducted with Norway, Iceland, Liechtenstein and Switzerland. The latter would involve the EEA-EFTA countries, the European Union and its member states. Ideally, at the same time, the UK should be negotiating free trade deals with third countries.

In theory all of this is perfectly doable though it would require an army of negotiators, very good co-ordination skills as well as loads of political capital, persuasion and luck. In order to avoid a legal vacuum, a plethora of agreements would need to enter into force simultaneously. No doubt, it would be difficult to accomplish. This is not part of “project fear” but a basic reality check.

One cannot emphasise enough, though, that the main drawback of the EEA model is elsewhere. As already mentioned, the participation in the European Economic Area on the EFTA side translates into almost automatic acceptance of dozens of EU legal acts which are adopted without participation of the EEA-EFTA states.

Furthermore, it is an illusion to think that by leaving the EU and swapping for the EEA-EFTA the United Kingdom would gain sovereignty. Instead, it would go from being a law-maker to a law-taker.