Preparing the (Br)Exit: what the end of ‘Era Merkel’ means for the Brexit negotiations 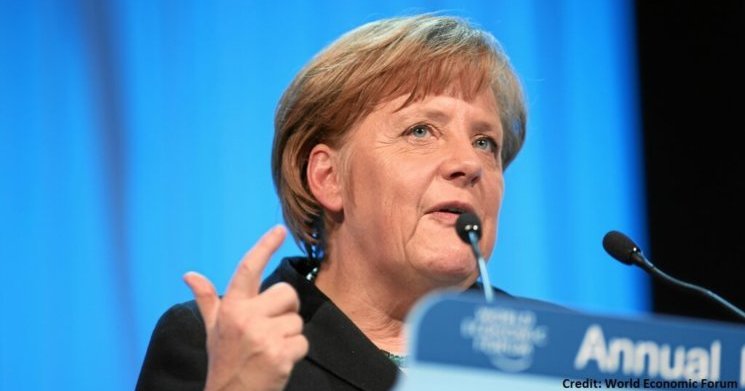 Chancellor Angela Merkel is preparing her exit from the helm of German politics. Her decision to step down as chairwoman of the Christian Democratic Union (CDU) after more than eighteen years, and not to run for a fifth term as Chancellor in 2021, cannot come as a surprise to those who have been following the developments in Germany over the past couple of years.

Nevertheless, it has the potential to unleash a domino effect with far-reaching implications for German politics at home and abroad – including the country’s relationship with the UK as it prepares to exit the EU.

One week after she was sworn in as Chancellor for a fourth time in mid-March 2018, following nearly six months of coalition negotiations, Merkel said in her government statement that the remaining 27 EU member states were keen to build an “amicable, close relationship with Great Britain in as many policy areas as possible”.

This would be based on a “very extensive, detailed free trade agreement”, whose successful negotiation would depend on the EU continuing to speak with one voice.

At least until very recently, the EU27 have indeed been able to keep up their united position vis-à-vis the UK, represented by chief negotiator Michel Barnier. Germany – while keen to retain close political and trade links to the UK post-Brexit – has made clear that its priorities lie with preserving the EU’s integrity and has therefore – like others – rejected Prime Minister Theresa May’s attempts at seeking commitment for more flexibility from individual EU governments.

More generally, Brexit has not been a strategic priority for Germany’s grand coalition government, but the fact that both countries have continued to be led by the same parties and heads of government since May triggered Article 50 in March 2017 has helped to keep Anglo-German relations stable.

As an experienced negotiator and diplomat Chancellor Merkel also remains an important partner in the talks about the withdrawal agreement at European Council meetings, especially as concerns the impasse over the Northern Ireland issue.

Her leadership will also be instrumental for gaining parliamentary approval for the withdrawal agreement (if one is to be reached), as well as the negotiations about the future relationship between the EU and the UK, which is scheduled to be in place by the end of 2020.

The election of a new CDU party leader in early December will not have any immediate consequences for the CDU, the federal government, or Germany’s role in the Brexit negotiations. The separation of party leadership and chancellorship, while odd to British observers and in contradiction to Merkel’s personal views, is not unprecedented in Germany.

However, Merkel’s decision – seen by many as a sign of admitting defeat – may be the harbinger of further blows to the overall power balance in Germany over the next few months. This may (further) strip Germany and Merkel of its leadership role in the EU that has an important role to play behind the closed doors of the Brexit negotiations.

For one, like the CDU, its coalition partners the Social Democrats (SPD) and the Christian Social Union (CSU) are struggling to uphold their status as ‘catch-all parties’ following major vote losses in the federal and state elections in the past year. This is not least due to the publically all too visible rifts running between the parties, given that the new grand coalition was formed reluctantly following a lack of alternative options after the 2017 federal elections.

The CSU is also expected to replace Interior Minister Horst Seehofer as party leader in the next few weeks. Meanwhile, the SPD is preparing for a mid-term review of the coalition agreement in autumn 2019 to judge whether the plans contained therein have been implemented to a sufficient degree.

Following the state elections in Hesse, SPD leader Andrea Nahles has demanded a “definite working plan” to show voters that the coalition, and her party, can deliver.

Whether the coalition can continue until 2021 will also depend on how well the SPD and CSU leadership as well as Merkel herself can work together with the new CDU chair(wo)man.

In September Merkel’s confidant Volker Kauder lost the re-election as CDU parliamentary group leader against fiscal policy maker Ralf Brinkhaus, albeit by a small margin. It is therefore conceivable that the party will support 40-year old Health Secretary and Merkel critic Jens Spahn or her former rival Friedrich Merz, who is returning to the political stage after a ten-year management career, as CDU leaders instead of Merkel’s designated heir and current Secretary-General Annegret Kramp-Karrenbauer.

While Merkel’s decision to prepare her political exit is thus a necessary step after a long Chancellorship and a chance for political renewal, it may not bode well for political stability in Germany and, by implication, in the EU, at least in the short term.

In some ways this reflects the situation in the UK, where Prime Minister May continues to present Brexit as ‘great opportunity’, while the uncertainties over exactly what UK-EU relations will look like in the coming years remain as great as ever.

Whatever the path leading towards it, there will soon be both a post-Merkel Germany and a post-EU UK. In the past, both Merkel and British EU membership have often been blamed for unpopular political and economic decisions or undesirable developments.

While they have certainly played their part in steering their countries’ fate, both positively and negatively, Merkel’s exit from leadership and the UK’s exit from the EU will pose major challenges to their countries to prove that they can do better without them.