Protecting cultural exchange will save our European friendships 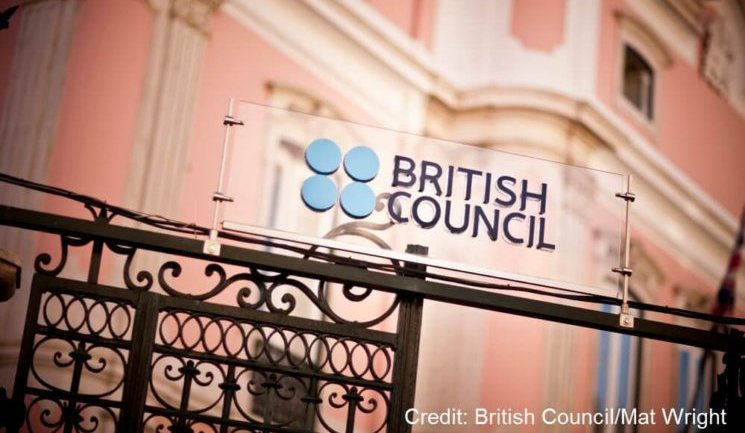 The repercussions of Brexit have been measured almost exclusively in economic and political terms. Very little has been said about the impact on the country’s reputation, particularly among young people in Europe and further afield. These perceptions will shape our future relationships and international status in research, the arts and education, underpinning trade and political relations and ultimately our success in the world.

In a report released last week, From the Outside In, based on two surveys each of 20,000 18-34 year olds in the G20 nations carried out in two waves by Ipsos MORI, we drew attention to the impact of the referendum result.

The surveys were taken before and after the Brexit vote and recorded significant negative shifts in the opinion of young people in Europe, while those in the UK also felt it would damage our reputation abroad.

Both groups believe that Brexit would make people less likely to visit, study and do business with the UK. In fact, 42 per cent of young people in Britain said the decision to leave the EU made the country less attractive overall for people overseas, with a similar 37 per cent in EU nations agreeing that this was indeed the case.

And while young people in G20 nations outside of the EU expressed more positive opinions towards Britain, the data shows that relations with our closest neighbours need attention.

As we said in our report “it would be foolish to take friends in the EU for granted.”

Our organisation is dedicated to building bridges between nations and, as our original mission put it, creating “a basis of friendly knowledge and understanding of the people of this country.”

Since January, the British Council has convened forums for the heads of institutions in science and research, arts, culture and education from across Europe to explore the implications of Brexit, both for Britain and for the continent.

More than 500 people have taken part in this EU-UK Education and Culture Series, both in person and online. They include the heads of universities, museums, orchestras and student bodies, city mayors, artists and major cultural organisations such as the Goethe-Institut, Instituto Cervantes and EUNIC – the network of European national cultural institutes.

Together they have formulated the proposals which have since been endorsed by over 400 organisations and representatives across 30 European countries, among them Professor Brian Cox, architect David Chipperfield and the chief executive of the Creative Industries Federation John Kampfner.

Figures from prestigious institutions like the Tate Modern, British Museum Association of British Orchestras, Conservatoires UK, Royal College of Music and Royal Academy of Arts have also signed their support.

Across Europe, groups as diverse as the National Gallery in Prague, MUSE science museum in Italy, European Students’ Union, Onassis Cultural Centre in Athens, the European Association of Erasmus Coordinators, Cern, and the Warsaw Museum of Modern Art have lent their support.

These recommendations were recently discussed in European Parliament during a hearing into the impact of Brexit on education and culture, chaired by the Culture Committee. They will also feature in the EU Presidency handover from Malta to Estonia in early July.

They have been also been delivered to negotiators on both side of the Brexit talks – a clear gesture of the strong will on all sides to work together for our mutual benefit.

Among these recommendations are:

Much has been made of the argument that we are leaving the EU but not Europe.

It is an important distinction, one which highlights the key difference between the two entities: politics and culture. While the referendum decision to leave the EU demands a loosening of political ties, it has no bearing on cultural ones.

For centuries the UK has shared its development of arts, science and education with our neighbours in Europe long before the European Union was established, and has benefitted accordingly.

The British Council is working with our partners in the UK and Europe to ensure that these collective human endeavours endure, even as the UK leaves the political bloc.

We could no more separate ourselves from the current culture of Europe, than we could from our continent’s shared history.

Rather than weakening, our cultural ties become even more important as political bonds are severed and while negotiations could strain previously cordial relationships. Longer term, we need to think ambitiously about how we support these ties both in terms of funding and future organisational frameworks.

Commitments to protect schemes such as Erasmus+, which gives opportunities to study and work across Europe, and of cultural, education and scientific collaborations such as Creative Europe and Horizon 2020, will help to build bridges during a difficult period.

It would help to soften the impact of Brexit both across Europe and across divisions in the UK, particularly the age divide where 71 per cent of under 25s voted to remain, but now see youth-orientated schemes such as Erasmus+ and Creative Europe, become subject to negotiation.

The EU-UK Education and Culture Series has demonstrated a strong and wide commitment to cooperation in the fields of education, culture, research and innovation.

Over the coming months we will focus on advising the Brexit negotiators to give real consideration to these sectors to the mutual advantage of both the UK and the EU27. These fields will need greater support to maintain cooperation longer term, to prove that Britain knows the difference between leaving the EU and leaving Europe.

By Sir Ciarán Devane, chief executive of the British Council.