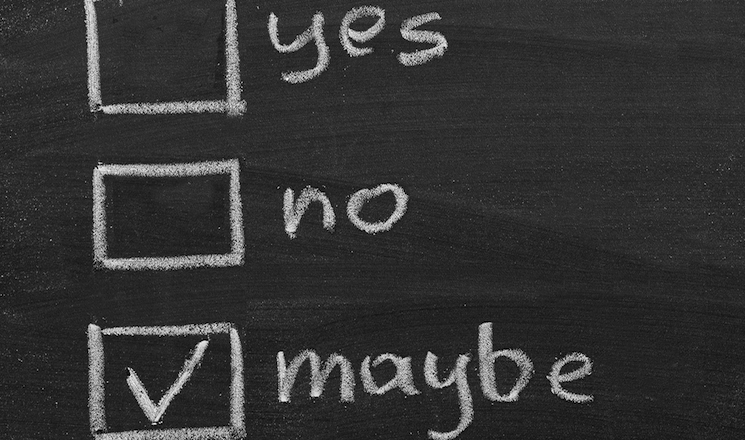 Britain’s voters did not just surprise many commentators on 23 June – they also surprised themselves. In polls conducted on referendum day itself, Lord Ashcroft found 70% reckoning that ‘Remain’ would win, and YouGov 52% (with only 19% expecting a ‘Leave’ victory).

So far, however, neither shock at the ‘Leave’ result nor the ensuing, fierce, debate seem to have done much to cause voters to change their minds. In regular YouGov polling since the referendum on whether Britain was right or wrong to leave, almost 90% of ‘Remain’ voters typically say that the decision was wrong, and almost 90% of their ‘Leave’ counterparts that it was right. By definition, therefore, on most occasions slightly more people overall have said that the decision was right.

There is also little consistent evidence that people would vote any differently if the referendum were held again. A couple of surveys immediately after the referendum suggested that many ‘Leave’ voters regretted their decision; but of the eight readings taken since the start of July, five have put ‘Leave’ ahead, two had the sides tied and just one reported ‘Remain’ supporters outnumbering ‘Leave’. Six months on, it seems that Britain is just as divided on the merits of the case as it was on 23 June.

The polling evidence on what voters want, now that the UK is set to trigger the formal withdrawal process, is not straightforward to interpret.

It is widely thought that the key choice the UK will face is between retaining full access to the single market and continuing to accept freedom of movement to the UK for EU citizens, or being able to limit immigration from the EU but losing full single market access. As others have argued, in a sense this debate re-runs the central argument of the referendum campaign. Ever since the referendum, polls have found consistently that ‘Remain’ voters are more inclined to prioritise single market access, while ‘Leave’ voters consider it more important to control immigration.

However, the polls have not always found opinion to be evenly balanced on the issue. Some have found substantial majorities saying it is more important for the UK to retain single market access, while others – sometimes even by the same company – have reported the opposite. Much of the explanation for this variation would seem to lie in differences in wording. (There is no obvious trend over time.)

No two polls on this issue, even when conducted by the same firm, have used the same wording. For example, the poll that found the lowest proportion of respondents prioritising access to the single market, by Lord Ashcroft in July, asked people to assess ‘securing access to the EU single market at all costs’ against ‘being able to control immigration’. The poll that found the highest, by ComRes also in July, set ‘maintaining access to the single market so Britain can have free trade with the EU’ against ‘restricting the freedom of movement’. It does not require much imagination to anticipate that ‘being able to control immigration’ sounds more attractive than ‘restricting the freedom of movement’, and ‘maintaining access…to have free trade’ more attractive than ‘securing access… at all costs’.

Such apparent confusion and sensitivity to wording makes it hard to assess exactly where public opinion stands on the issue. It certainly suggests that much will depend on how it comes to be framed, should the UK indeed find itself faced with a stark choice. Most probably however, public opinion is just as divided on the issue as it still is on the merits of the basic Brexit decision. If we make the heroic assumption that the best guide to the underlying balance of opinion on the issue is the average of the dozen, very divergent, poll readings since the referendum, 45% apparently prioritise maintaining access to the single market, and 41% being able to limit immigration.

But there is another important reason why polling on ‘free trade versus immigration’ apparently presents such difficulties. Voters’ attitudes are simply not structured in the same way as the views of those who lead the EU, for whom free trade and free movement go together.

Rather than asking respondents which matters to them more, in September and October NatCen invited respondents simply to say whether they were ‘in favour’ or ‘against’ various possible components of a UK-EU deal. No less than 90% said that they were in favour of ‘Allowing companies based in the EU to sell goods and services freely in Britain in return for allowing British companies to sell goods and services freely in the EU’. However, 74% stated that they were in favour of ‘Requiring people from the EU who want to come to live here to apply to do so in the same way as people from outside the EU’. Indeed, more generally, majorities – including of both ‘Remain’ and ‘Leave’ voters – backed options that are typically seen as comprising parts of both a ‘soft’ Brexit (such as bank passporting) and a ‘hard’ Brexit (such as leaving the EU customs union).

To many in the EU, the British public’s apparent desire to retain free trade while no longer granting freedom of movement will seem like a wish to have their cake and eat it. An alternative view, however, is that many people in the UK – including some who voted ‘Remain’ – reject the EU’s recipe for baking the cake in the first place. For them, freedom of movement as currently implemented in the EU is not a necessary concomitant to free trade. None of this is likely to make it easier for the UK Government to secure a deal that is welcomed by a majority of voters, in what looks like a country just as divided as it was six months ago.

John Curtice is a senior fellow at the UK in a Changing Europe and Professor of Politics at the University of Strathclyde.