The Conservative Party and Brexit 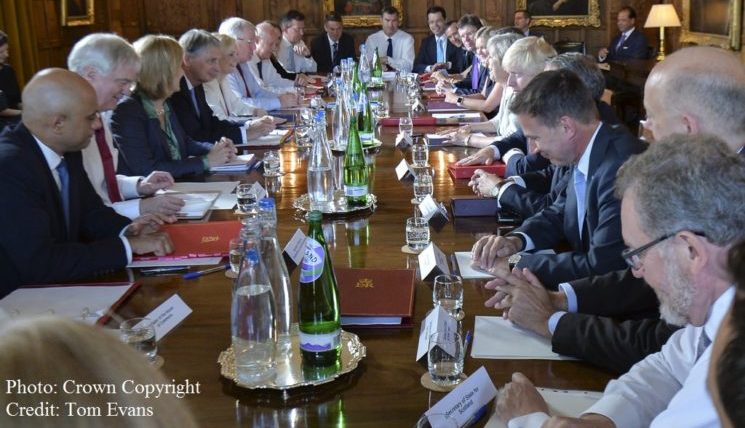 The contemporary Conservative party has been in turmoil over Europe since the late 1980s when divisions erupted over how Britain, led by the Thatcher governments, should respond to the quickening pace of European political integration. The UK’s forced exit from the European Exchange Rate Mechanism (ERM) in September 1992 was a moment of national trauma, as investor confidence in an over-valued pound pegged to the Deutschmark collapsed.

These events created a new political generation of hard-line eurosceptics within the Tory party, which its leaders from John Major to David Cameron have been struggling to contain ever since. William Hague and Iain Duncan Smith embraced a virulent strain of anti-Europeanism, but their obsession with the EU (which at this stage had weak resonance with the majority of British voters) meant that the Conservatives remained electorally marginalised.

As a result, David Cameron after 2006 urged his party to ‘stop banging on about Europe’ in order to develop a fresh, modernising appeal. This strategy was initially successful in taking the Conservatives back towards the centre-ground, but even Cameron was unable to stem the eurosceptic tide, as many in his own party feared the Tories would be eclipsed by the emerging UK Independence Party (UKIP). That was ultimately why the then Prime Minister conceded a referendum on the UK’s EU membership (having staved off an initial attempt by his backbenchers to hold a referendum in 2011), against the advice of many senior Conservative politicians, including George Osborne.

The referendum result on 23 June 2016 has created some clarity on Britain’s European policy, but not as much as supporters of ‘leave’ proclaim.

Firstly, it has not assuaged the political divisions in the Conservative party, as the debate at the Tory Conference in Birmingham this week makes clear. The Tories are still a divided party centred around three distinctive Brexit camps: those like Liam Fox and David Davis who favour a ‘hard’ Brexit’; the former ministers such as Anna Soubry and Nicky Morgan who urge a ‘soft’ Brexit negotiation working closely with our EU partners; and a group of ministers in the middle led by the Chancellor, Phillip Hammond, who accept that in Teresa May’s words, ‘Brexit means Brexit’, but would like the UK to retain access to the single market at a minimum.

The Conservative party membership is heavily in favour of a ‘hard Brexit’, but as Nicky Morgan points out in a speech on the fringe in Birmingham, handling Brexit badly would weaken the Tories’ reputation for economic competence, and potentially weaken their appeal to swing voters in marginal seats.

Secondly, the referendum has not resolved the question of what kind of European future the UK should seek; this remains unclear despite the new Prime Minister’s declaration that she intends to activate Article 50 by the end of March 2017. As Andrew Gamble attests, the set of choices confronting the Conservative political class on UK-EU relations hardly appears palatable.

The ‘Norway-plus’ option is the most attractive for the political and financial elite (and indeed to many voters) who still have considerable influence over policy in the Tory party, but unfettered single market access requires acceptance of free movement, budgetary contributions, and EU regulations without an ability to influence the rules of the game at European level. This option looks increasingly implausible to British and EU diplomats.

On the other hand, shifting towards a unilateralist trade policy would inflict an enormous structural shock on the British economy, while dividing the Conservative party from its electoral base in corporate business and the City of London. Years of uncertainty created by protracted and complex trade negotiations would threaten inward investment (the UK is more dependent on foreign investment than any other advanced economy), and lead to the postponement or cancellation of key investment decisions, as the car manufacturer Nissan signalled last week.

The failure to secure ‘passporting’ rights for the UK’s financial services sector to trade in Euro-denominated activities would imperil London’s position as one of the world’s leading financial centres. For this to occur under a Conservative government’s watch would be an extraordinary development, given the importance that Tory leaders have accorded historically to sustaining the support of financial interests.

Thirdly, the referendum result threatens the unitary nature of the British state. Conservative politicians will have to make choices about the UK’s economic future within an increasingly dysfunctional and crisis-prone political system where the territorial politics of Scottish independence, turmoil in Northern Ireland, and fragmentation in England (witness the attempt by London to secure greater autonomy over taxes and spending) threaten to break Great Britain apart.

A referendum is any case inimical to how Conservatives in Britain have traditionally thought about constitutional politics. After the 1975 referendum, the then Conservative leader, Margaret Thatcher, argued that parliament had the right to ignore the referendum result as constitutional authority flowed from the doctrine of parliamentary sovereignty, not the direct will of the people, as my colleague Lindsay Acquis noted.

As Gamble notes, while the crown in parliament remains the fundamental source of political authority under the British constitution, MPs in the House of Commons will implement a referendum decision two-thirds of them fundamentally disagree with, and believe will have negative repercussions for their constituents. The referendum imposes a new divide in British politics between plebiscitary and parliamentary democracy.

The stakes for the Conservative party are high indeed. Negotiating a ‘successful’ Brexit is a major challenge for Tory party statecraft. They have to identify a plausible model for a British future outside the EU which recognises the will of voters expressed in the referendum result, without sacrificing the Conservative party’s traditional credentials of economic stewardship. Moreover, Teresa May has to hold together a party which Europe has threatened to destroy more than once over the last three decades.

The June referendum was intended to clarify the UK’s relationship with Europe for at least a generation; the risk is that it simply provokes an almost never-ending round of political turmoil and schism.

By Dr Patrick Diamond, lecturer in Public Policy at Queen Mary, University of London. This piece was co- published with The Conversation.