The impact of Brexit on NHS staff 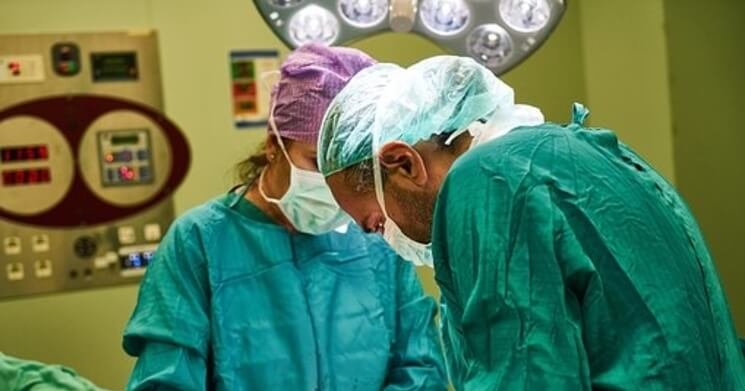 Free movement of people within the EU has had a significant impact on staffing within the NHS. Approximately 200,000 EU27 nationals work in the wider health and care sectors—about 5% of the total workforce.

EU27 staff are pivotal to the operation of the NHS, especially in London, the South East of England and Northern Ireland.

The UK has never trained enough doctors for its own needs—some 28,000 doctors are non-UK nationals, around a quarter of the total. NHS England alone depends on some 11,000 doctors from the EU27, which amount to about 10% of all doctors.

Add in the further 20,000 NHS England nurses and around 100,000 social care staff from the EU27 and the sheer scale of reliance on EU migrant workers becomes clear.

In anticipation of a “Brexit effect”, the NHS has already invited bids for a £100 million contract to recruit overseas doctors into general practice. And this in a context in which the NHS already has many unfilled posts.

Restrictive rules on recruiting non-EU nationals are already causing problems for the NHS, and extending these to EU nationals will aggravate the situation.

The uncertainty posed by the Brexit negotiations to date has already affected staffing levels: the Royal College of Nursing reported a 92% drop in registrations of nurses from the EU27 in England in March 2017, and attributed this, at least in part, to “the failure of the government to provide EU nationals in the UK with any security about their future”.

This is also a concern in the life sciences sector, which includes health and pharmaceuticals research and employs around 5,000 EU nationals. Should recruitment become problematic, this might in turn affect the pharmaceutical sector in particular, where access to necessary skills is a crucial factor in determining investment.

Prior to the 2017 election, the government promised to “make it a priority” during the Brexit negotiations to ensure that “staff from EU countries can carry on making their vital contribution to our health and care system.”

However, the Joint Report on progress in the Article 50 talks, published in December, provides protection merely for those already in post, not those who might be employed in future.

After Brexit, staff coming to work in the NHS may be subjected to the same citizenship rights criteria as the UK negotiates for all EU27 nationals. The UK’s negotiating position outlines its intention ultimately to shift EU citizens simply to “non-UK” status.

The Nuffield Trust has warned of potential damage if the UK’s future immigration system is overly restrictive. This might mean that vacancies are not filled, and EU nationals already working in the health service will face ongoing uncertainty about their status.

The imposition of additional barriers to potential NHS staff from the EU might also make it harder to recruit staff from these states.

If European Economic Area nationals have to pay the immigration health surcharge – currently paid by non-EEA nationals staying in the UK for six months or more to allow access to the NHS – this will obviously represent an additional cost.

Whatever the promised new Immigration Bill provides, unless NHS and social care workers are placed in a special category, they will be vulnerable to measures designed to limit immigration.

All depends on the definition of the proposed excluded category of “low-skilled migrants”. Should this include category 6 workers, such as senior care workers and nursing assistants, this might place extra pressure on the NHS.

Moreover, such a restriction would also affect others indirectly involved in health care provision, including security guards, caterers, launderers and cleaners.

The government has said that in agriculture the case for a deal to facilitate the arrival of seasonal workers to support the needs of farmers is “compelling”.

There is clearly a difference between the arrival of temporary farm staff and what would be permanent NHS and social care staff, but this demonstrates that in principle it may be possible to secure a deal for certain health professions within the future immigration system.

However, potential threats to NHS staffing levels go beyond immediate concerns about immigration.

Decisions about future regulatory alignment in services will determine whether the qualifications of medical professionals will continue to be mutually recognised between the UK and the EU27. Some see this as an opportunity to reset national standards.

However, this is often based on a misunderstanding of the autonomy the NHS already enjoys. Rules related to English language capabilities have been in place to secure patient safety throughout the UK’s membership of the EU.

Beyond staff numbers, Brexit may affect the working lives of health and social care professionals if changes are made to “EU-retained law” concerning working conditions.

Currently, health and social care staff are protected by numerous employment rights derived from EU law, including non-discrimination at work, maternity and paternity leave, and security of rights where another employer takes over a contract to provide services.

The NHS Employers organisation sees this is as an opportunity to bring about positive change by replacing prescriptive rules that can hamper the efficient functioning of the health service. Others, including over a dozen Royal Colleges, insist these protections must be retained.

The Working Time Directive has presented challenges in health and social care, and remains a source of controversy within the profession. It has attracted much criticism—including from former UK Prime Minister David Cameron—because of its perceived rigidity. Nevertheless, junior doctors have sought to guarantee its explicit inclusion in their new national employment contract.

Finally, pressures on staffing might pose a challenge when it comes to maintaining the UK’s position as the European hub for life sciences. The success of this collaborative work hinges on the mobility of researchers and harmonisation of regulations.

AUKUS: The implications for EU security and defence