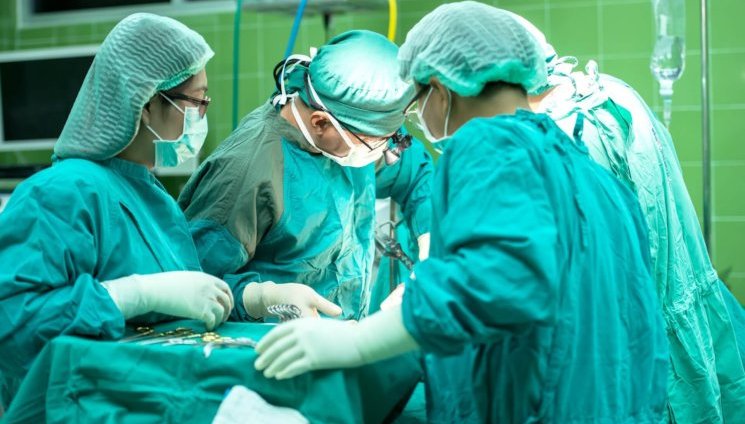 One serious concern for the delivery of public services after Brexit is the impact on the workforce. In certain parts of the UK, health and social care services are heavily reliant on EU workers. Major problems are likely if such workers leave the UK and are not quickly replaced, and if the future migration of health and care workers to the UK is restricted.

“Produce a national workforce strategy, ensuring that we never again experience a shortage in the numbers of GPs, hospital doctors, nurses and other professionals that the NHS needs”

The Liberal Democrats are opposed to a hard Brexit and support continued access to the single market. In contrast to Labour and the Liberal Democrats, the Conservative manifesto offers no guarantee regarding the position of EU citizens in the UK working in health and social care – this is left as a matter for Brexit negotiations.

“We will make it a priority in our negotiations with the European Union that the 140,000 staff from EU countries can carry on making their vital contribution to our health and care system.”

In addition, the Conservative manifesto states that

“….. we cannot continue to rely on bringing in clinical staff instead of training sufficient numbers ourselves. Last year we announced an increase in the number of students in medical training of 1,500 a year; we will continue this investment, doing something the NHS has never done before, and train the doctors our hospitals and surgeries need.”

It goes on to say that

“We will break down the barriers to public sector workers taking on more qualified roles because of their prior educational attainment. For instance, we will ensure that…….healthcare assistants can become nurses via a degree apprenticeship route, in addition to other routes.”

Yet while the Conservative party intends to increase the numbers of students being trained, in practice it will take years to fill the gap in staffing which may result from Brexit given the time it takes to educate and train doctors to registrar and consultant level. At the same time, their manifesto also provides that

“…we will increase the Immigration Health Surcharge, to £600 for migrant workers and £450 for international students, to cover their use of the NHS.”

This could have a further deterrent effect on health and social care staff who wish to work in the UK post Brexit if they themselves have to pay more for accessing healthcare. Delivery of public services across borders Leaving the EU also has implications for cross-border health care provision. This includes the European Health Insurance Card (EHIC) which provides free or reduced cost emergency care to UK citizens travelling to another member state. Only the Liberal Democrat manifesto addresses this question. It states that “We will strive to retain traveller and tourist benefits such as the European Health Insurance Card”

The absence of the EHIC card is likely to lead to UK citizens being charged upfront for emergency care in EU member states post Brexit. Major challenges also exist for the delivery of public services across the border between Northern Ireland and the Republic of Ireland. Returning to a hard border would cause serious problems for cross-border healthcare provision, not least because there is already joint working and provision of healthcare, with patients travelling from north to south and vice versa to obtain more rapid treatment, or in some cases because treatment has been centralised e.g. some cardiac children services.

The Liberal Democrats manifesto states that it will “Maintain the common travel area and freedom of movement.” It remains to be seen whether such an arrangement will prove to be compatible with the possible introduction of a border between the north and the south as the UK exits the single market and the customs union. Public health provision The EU has been extremely influential in the development of public health law and policy across member states in areas such as tobacco control. All the manifestos address smoking to some extent.

However, there is no examination by any of the parties as to the long-term implications for smoking policy after Brexit. None of the manifestos comprehensively address or discuss what will happen in relation to EU public health law and policy in other areas such as blood, organs and tissue safety. The Liberal Democrats manifesto does refer to further investigation and compensation in relation to the contaminated blood scandal, and the review of the rules concerning blood donation by the Advisory Group on the Safety of Blood, Tissue and Organs, but this is solely discussed in relation to the domestic context.

Otherwise there is silence. Such lack of engagement is likely to be a real concern for the public health community. Research and pharmaceuticals The Conservative manifesto states its commitment to “support research into the diagnosis and treatment of rare cancers and other diseases, including Genomics England’s work in decoding 100,000 genomes. This, together with the development of stronger research links with the NHS, can help scientists and doctors design more effective and personalised treatments, and help maintain our position as the European hub for life sciences.”

It does not, however, address the question of the UK’s relationship with the European Medicines Agency, which is set to move out of London after Brexit, and the status of pharmaceutical regulation in the UK currently rooted in EU law and policy.

In contrast, the Labour Party and Lib Dem manifestos state that the UK will continue to be part of EU research programmes such as Horizon 2020 (Lib Dems) or will fight to retain access to it (Labour). Even here, however, the commitments are very vague. Will the EU want us to be part of Horizon 2020? How would we fund our involvement? Will the EU want us to work closely with the European Medicines Agency and what will we do if they don’t? These are important questions which remain entirely unaddressed by each party’s manifesto.