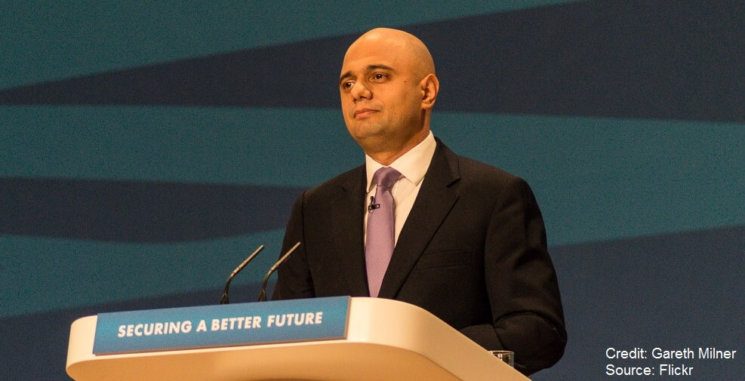 Tuesday’s labour market statistics show a year-on-year fall in the number of European nationals working here, for the first time since the aftermath of the recession (and before that, since the eastward expansion of the EU in 2004).

A combination of factors – a slowing economy here combined with recovery on the continent, but also the political and psychological impact of the Brexit vote – have made the UK a significantly less attractive place to live and work.

Good news for British workers? Despite some anecdotal evidence that shortages of European workers may have pushed up wages, there’s precious little evidence of that in the aggregate data. Real wages grew less than half a percent in the year to March; in the year before the referendum, when close to 300,000 Europeans joined the workforce, they grew by 1.5 per cent.

Immigration, and in particular free movement, was one of the key factors – many would argue the key factor – behind the Brexit vote. Yet since, late last year, the government conceded that free movement would continue precisely as now until the end of the so-called “transition” period in December 2020, we’ve heard very little about it in the context of the Brexit debate.

Perhaps in parallel, public concern about immigration has fallen sharply – the proportion naming it as one of the most important issues facing Britain has fallen from well over half at the time of the referendum to less than a fifth now.

Is this because the public think that Brexit means that we’ve “taken back control?” That seems unlikely to happen before 2021 at the earliest. Because the numbers have fallen? They remain historically high overall. Because there is greater public awareness that falling immigration has its (very considerable) downsides, including increased pressure on an already vastly overstretched NHS? Or simply because the papers have stopped writing quite so many scare stories? At this point, no-one can be sure.

But in any case immigration has pushed itself back on to the agenda. The Windrush scandal has nothing to do with Brexit: it is the predictable (and predicted) consequence of the “hostile environment” measures introduced by Theresa May as Home Secretary during the 2010-15 government.

Policies were designed to “root out illegals” (in the words of one of the policy’s leading supporters, David Goodhart) by making life difficult or impossible for people who cannot (as the Prime Minister put it of one Windrush-era arrival) “evidence their settled status.”

These have inevitably hit some people who arrived here legitimately a long time ago, as well as the thousands of children who were born or grew up here but cannot afford the Home Office’s exorbitant fees. But at some point in the future, the “hostile environment” policy will be the primary means by which we enforce immigration policy against EU nationals as well as those from beyond.

Remember that, despite the Prime Minister’s deliberately misleading rhetoric, ending free movement has little or nothing to do with border control. Controls – over access to employment, health care and housing –  will happen well inside our borders.

And Windrush is just the tip of the iceberg. In the last few weeks, the Prime Minister has intervened personally to stop NHS hospitals hiring desperately needed doctors from outside the EU, ignoring pleas from virtually every Department involved.

Despite clear evidence of maladministration (to put it charitably) the Immigration Minister has refused to correct the Home Office’s error in deporting students falsely accused of cheating, or to intervene in the cases of highly skilled migrants threatened with deportation on obviously spuriousgrounds. And taxpayers face a large bill for compensation to EU migrants deported in clear violation of the law.

What do all these issues have in common? The answer is that they are a combination of the Prime Minister’s fixation on the net migration target, which leads to policies that focus on reducing numbers (either by stopping people coming here or by finding ways to kick out those already here) and a toxic Home Office culture, where there has been, and still is, absolutely no incentive at any level to take account either of the impact of decisions on individuals or on the broader interest of the UK.

The result is policies that manage to combine arbitrary cruelty with economic illiteracy. And while the Prime Minister must bear the main responsibility, senior civil servants have a lot to answer for as well.

So Sajid Javid needs to get a grip both on the policy and the administration of his Department – and this can’t wait for Brexit. The assumption in both Whitehall and Westminster was that – having been originally been promised fully a year ago – the government was set on “kicking the can” on the post-Brexit immigration system until at least the end of the year.

This was partly for good reasons. The Home Office has enough on its plate already, and the independent Migration Advisory Committee will produce a comprehensive review of the evidence on the impact of EU migration in September, incorporating new research.

And partly because Brexit-related paralysis has also infected this area of policy  – the Cabinet is unable to agree whether there should be any preference for EU nationals in the new system.

But rumours (unconfirmed as yet) suggest that the long-delayed Immigration White Paper may be published before the summer Parliamentary recess.

This is both an opportunity and a risk. It would be unfortunate if the White Paper pre-empted the big strategic questions on “European preference” decision or related ones on the structure of the new system. Policy first, evidence later is not a good look.

However, the new Home Secretary has an ideal opportunity to get ahead of the game on the wider strategy. The Prime Minister’s diktat may mean that he can’t ditch the net migration target – which his predecessor never mentioned if she could possibly help it – entirely.

But he could take advantage of the clear consensus within Cabinet to remove the absurd quotas on skilled workers that are keeping out much-needed doctors, and reset policy on international students, including fiddling with the target in some way. Neither of these changes would be controversial anywhere outside Number 10 Downing Street.

And at the same time he could signal that he was serious about getting to grips with the Home Office culture, by establishing new presumptions (normal in some other Departments but radical in the Home Office) that the job of civil servants is to administer law and policy sensibly, proportionally and in the interests of the public; and holding his officials to account for actually doing that.

Pressing the reset button on an immigration policy that has failed in every possible way – economically, politically and morally – would not just be right thing to do, it would be a real boost for “Global Britain”, both at home and abroad.

By Professor Jonathan Portes, senior fellow at The UK in a Changing Europe. This piece originally featured in the Independent.