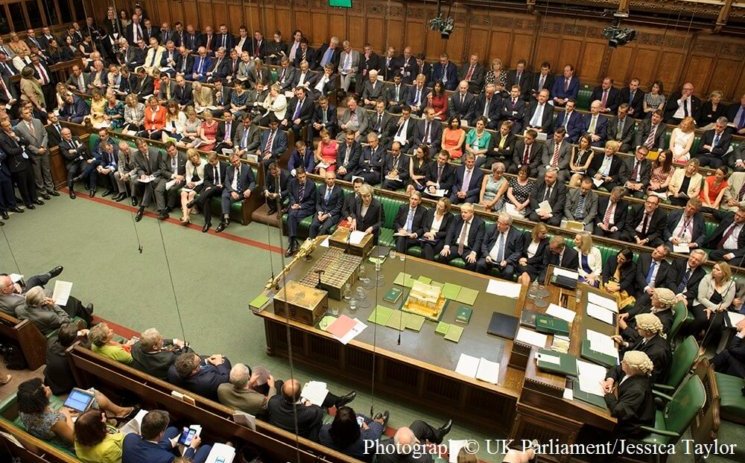 The twentieth century witnessed an ideological war that was supposed to end all wars: that between communism and capitalism. With the fall of the Berlin Wall and the integration of East and West, Europe seemed to be on a path to what Francis Fukuyama termed “the end of history”. The four freedoms enshrined in the single market represented not only an economic goal but a liberal dream, one in which individual freedom trumped the nation state.

With an economic heritage that is both pro-market and pro-individual-freedom, associated with the likes of Margaret Thatcher and Milton Friedman, the one party that should not have stood in the way of European integration is the Conservative Party. They were, after all, the pro-European Party in the 1975 referendum, when 88 per cent of Conservative voters voted to stay in the common market, compared with only 58 per cent of Labour voters, many of whom saw Europe as a “capitalist club”. But, as Margaret Thatcher herself found out, disagreements over Europe have long threatened to rupture what is the oldest political party in Europe.

Whilst Jeremy Corbyn’s Labour Party is reawakening the ideological battle of the last century, it is divisions within the Conservative Party that, ironically, represent the greatest threat to its future fortunes. Brexit has laid bare a schism within the party, between two very different notions of Conservatism: the economic and the socio-political. It is a division that ultimately boils down to liberalism on the economic front but illiberalism on the socio-political front. Whilst in the past these two forces proved reconcilable, they are fast becoming incompatible.

The Two Faces of conservatism

For some, the Conservative Party is simply about economics: empowering individuals to take charge of their own lives by embracing the opportunities provided by markets – to save, invest and innovate, and to challenge incumbents. The logic of laissez-faire is that economic success is created in bottom-up fashion by the actions of millions of individuals, rather than top-down by the state.

It requires making markets accessible to all, including, at a European level, through the single market. It is an economic ideology with deep roots in the industrial revolution, when the new industrialists of the north challenged the old aristocratic elites, and when industrialists and working classes alike joined forces in a push for free trade. It is freedom loving, of a kind that has potential to win back support from young voters and educated “elites”.

The second face of Conservatism, however, could not be more different. It is socio-political as opposed to economic. It is conservatism with a small c. It places big society ahead of big government, and the nation above everything else. It values sovereignty, resists changes that threaten “Britishness”, seeks to preserve tradition and to maintain the “moral” values rooted in the “traditional” family.

Historically, it is this particular brand of conservatism that has sought to protect rather than challenge established interests, whether they be the landed aristocracy, the church or, in the modern day, the City of London. This small-c Conservatism has in the past been in direct conflict with the more pro-market freedom-loving variety of conservatism: Brexit has precedents in the Corn Laws of the nineteenth century and the system of imperial preference in the early twentieth century.

Bridging the Divide: past, present and future

Throughout the twentieth century, however, when the state was expanding fast, one thing held together these two faces of Conservatism, albeit for very different reasons: a dislike of big government. Conservatives could either appeal to established interests – the landed elite, the Church and the “traditional” family – by pointing to the way in which big government risked displacing them, whilst at the same time appealing to economic liberals who worried that the state would trample on their individual freedom.

Even Europe seemed incapable of doing real damage to the party. When it came to the 1975 referendum, the situation was, however, very different to that in 2016. Europe appeared inter-governmental as opposed to supranational, and Britain’s options outside Europe were increasingly limited.

The Empire was fast dissolving and Britain’s economic performance was faltering. Margaret Thatcher later aimed to position Britain at the centre of Europe, something which small-c Conservatives hoped would rebuild the UK’s international influence. 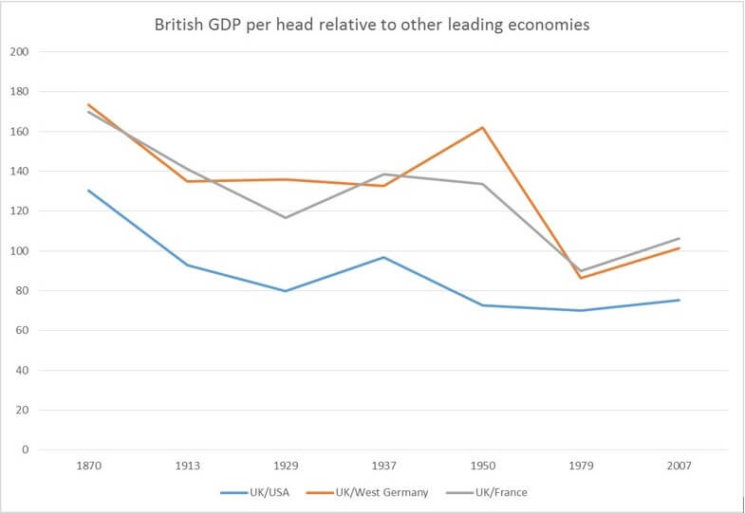 Today, the cleavages resulting from the two faces of conservatism have once again opened up. While leaving the single market could not be more unthinkable for the pro-market brand of conservatism, it instead seems entirely natural to small-c Conservatives. For them, Europe has overreached and Brexit represents a way of holding on to “Britishness” by preserving national sovereignty and limiting immigration.

There is, however, one remaining force that seeks to reconcile the two sides of conservatism: “Economists for Brexit”, who I like to call the globalising Brexiteers. They argue that rather than being a capitalist club, Europe is a protectionist racket that pro-market conservatives should want nothing to do with. Little wonder then that ‘Globalising Brexit’ has  been the constant theme of Theresa May’s Brexit plan since her Mansion House Speech.

However, the notion of a globalising Brexit is unlikely to bridge the divide for long. For small-c conservatives, it risks coming unstuck when Britain realises that is has neither the size nor reputation needed to lead the world. For pro-market conservatives, it will come unstuck at the ballot box, as the average person who voted for Brexit is not as much of a fan of globalisation as they are.

With the party fast becoming reliant on voters who represent small-c conservatism to prop up their electoral fortunes, the Conservatives look ever more anachronistic: economically liberal on the one hand and yet socially illiberal on the other.

Rather than being a re-run of the battle that framed the twentieth century (that of state versus market), and to paraphrase the great economist John Maynard Keynes, the political battle of the twenty-first century is between a view of the world that is freedom-loving – open, tolerant and embracing of change – and another that is resistant, insular, and nationalistic. The Conservative Party will have to choose.

By Victoria Bateman, College Lecturer and Fellow in Economics at Gonville and Caius, Cambridge.