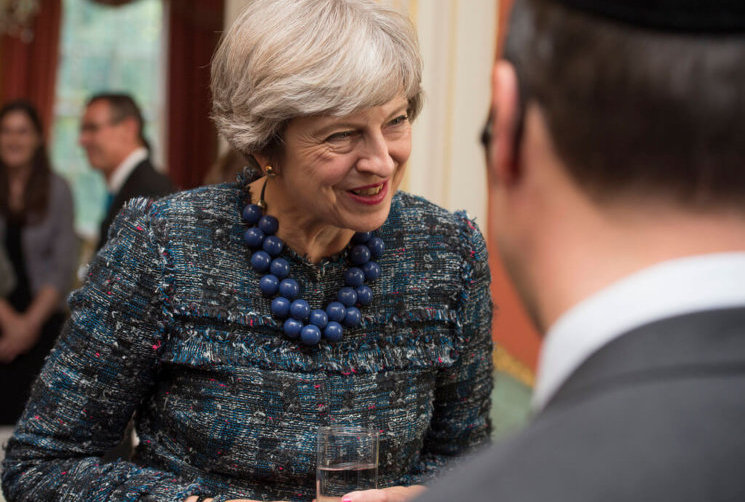 Since June, there has been a lot of speculation about who might take over from Theresa May as Prime Minister and Tory leader. And while the Conservative Party prepares for its annual conference in Manchester, Boris Johnson’s intervention on Brexit seems to have been the latest move in preparation for the battle to come.

Whether a leadership election will take place before the end of Brexit negotiations is yet to be determined. But if so, Brexit will certainly play a prominent role in it. Given that the final decision as to who will be the next Prime Minister will be up to Tory party members, it is crucial to understand their views on the future relationship between the UK and the EU.

Our ESRC-funded Party Members Project (PMP) helps to shed some light on this. With the help of YouGov, we conducted a survey with over a thousand Tory members following the June 2017 snap-election, re-interviewing half of the members we already surveyed in the aftermath of the 2015 general election.

In fact, according to our data, more than two thirds (69per cent) of the Tory grassroots voted to leave the EU in June 2016. Because of this, it is unsurprising that the idea of holding a second referendum on the Brexit deal is not well received by three quarters of them, with only a tenth willing to even consider the possibility (13per cent).

Needless to say, these views stand in marked contrast to those held by Labour party members. Interestingly, however, the majority of Tory Remainers seem to also have accepted the results of the referendum, although it’s worth observing that four out of ten (38per cent) of them are still keen to consider a second one.

But if there’s no big split between Remainers and Leavers on a second referendum, the same cannot be said with regard to what kind of Brexit they want. Although only one in four of the total Tory membership would like to stay in the single market (25per cent) or in the customs union (27per cent), a large majority of the Remainers would like a ‘soft’ Brexit: six out of them would prefer to stay in the single market (60per cent) and in the custom union (62per cent), as opposed to only one in ten of the Leavers (11per cent and 13per cent respectively).

Although not as polarized as they are on economic matters, Leavers and Remainers also differ on EU immigration. Eight out of ten members (83per cent) would like the same immigration rules applied to EU and non-EU citizens after Brexit. This is true both for Leavers and Remainers. However, the latter are three times more likely than the former (28per cent vs. 9per cent) to want preferential treatment for European immigrants.

When asked to express their opinion on immigration in general, just above half of Tory members tend to think immigration is good for the economy (51per cent gave a score above four on a scale from 1 – ‘bad’ to 7 – ‘good’). Rather, it is the cultural dimension that makes them more reticent: when asked whether immigrants undermine (1) or enrich (7) Britain’s cultural life, less than a third of them hold a positive view (with 31per cent giving a score above four).

Once again, the picture changes when we look separately at members who voted differently in the EU referendum. Although Brexit has been presented by many of its supporters as a way for the country to regain a global outlook, rather than to retreat into ‘little England’, only four out of ten of Tory members in the Leave camp think immigration is good for the economy. And most telling, perhaps, only two out of ten are positive on immigrants’ contribution on the cultural dimension. Tory Remainers clearly hold more positive views. More than two thirds (77per cent) of them think immigration is good for the economy and six out of ten (56per cent) believe that immigrants enrich Britain’s cultural life.

What about young Tories? As our survey shows, only 15per cent of Tory members are aged under 35, down from 23per cent in 2015, suggesting that some of the youngest might have left the party between May 2015 and June 2017. But among those who were still members of the party in June 2017, the majority of (relatively!) young Tories (61per cent) voted to leave the EU.

Indeed, it looks as if as many as eight out of ten are against a second referendum on the Brexit deal (83per cent) and a regime that favours EU citizens (80per cent). More surprising, perhaps, is that only a third of young members are keen to stay in the single market and in the customs union (31per cent and 33per cent respectively). In short, young Tory members aren’t very different on Brexit than the rest of the party’s grassroots.

That said, while Tory members who voted to stay in the EU constitute only about a third of the membership as a whole, they hold quite different views on what kind of Brexit to deliver. This is potentially important.  Right now, the overwhelming majority (71per cent) of Tory members would like Theresa May to remain as Tory leader.

But that doesn’t mean she will: she might hope she’ll be allowed to see Brexit through; but those hopes may be dashed by her parliamentary and Cabinet colleagues. If they are, then because members who voted Remain could be crucial in swinging the result in a close race, any candidate in that race needs to be careful not to appeal only to Leavers.