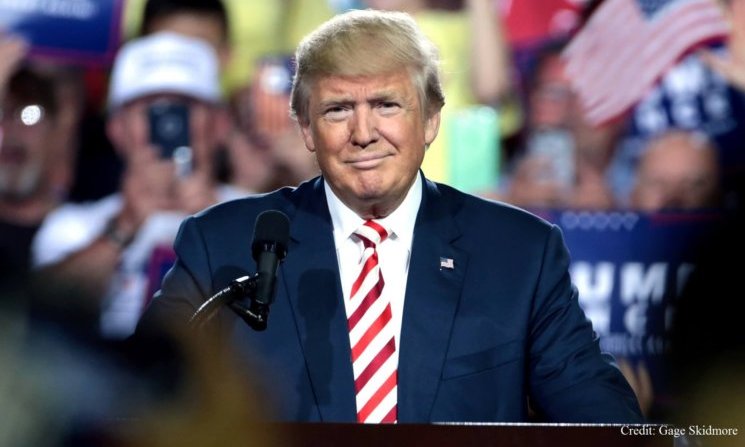 In just 48 hours, President Donald Trump has started to redesign longstanding US policies which will have a major effect on the European Union and in particular a post-Brexit United Kingdom. The first targets of his ‘re-set’ were US trade, foreign affairs and now immigration, all reshaped based on a nationalist logic.

Since assuming office, Trump wasted little time in scrapping the Trans-Pacific Partnership (TPP) which sought to reduce tariffs on trade between the USA, Australia, Brunei, Canada, Chile, Japan, Malaysia, Mexico, New Zealand, Peru, Singapore and Vietnam. Although the TPP was signed last February, the US’s withdrawal means the agreement cannot now be ratified. In addition, Trump has announced that the US will impose 45 per cent tariffs on Chinese-made imports. These decisions will harm the European Union which in 2015 imported more than €350 billion worth of Chinese goods. A decline in the production of steel, electronic and IT products, as well as low cost items that dominate our highstreets will hit consumers. Even if Trump succeeds in bringing production over to the ‘Rust Belt’, and captures some of that Chinese market, there will be a period of uncertainty and adjustment during which one may expect costs to rise, contributing to the noticeable upturn in inflation.

Before the inauguration, the former director of the World Trade Organisation, Pascal Lamy predicted that Trump’s ‘illogical’ programme risked slowing down global growth, should he attempt to reduce US dependence on imports and in the process divert trade.  Not only will we all pay more for our iPhones and clothes but we risk seeing greater unemployment, for example in the low paid retail sector, one of the largest in the UK.  This will no doubt press the intrepid Brexiteers to attract new trade from China, though the UK cannot get past the fact that its consumer market is still a fraction of its US counterpart.

In this context, the idea that the UK will quickly strike new and beneficial trade agreements, especially with the USA is most puzzling.  The UK’s economy is dominated by service industries – almost 80 per cent of GDP comes from the financial and creative industries, business services, education, retail and tourism, among others.  The UK’s principal export market is rather specialised includes cars, aviation, IT and defence – namely arms – though the US remains the largest arms exporter in the world, a sector Trump is likely to expand.

If Trump redevelops the US military industrial economy, it is unclear how this will play out with some of Britain’s closest allies in the Gulf.  For example, Trump has in the past charged that Saudi Arabia should be paying the USA and also announced that the US will seek other sources of oil, yet he is keen to boost exports quickly.  Saudi’s actions in Yemen, however, have been partially enabled by the sale of British arms and while unpopular among growing sections of Parliament, the Trump moment may give the UK a window of distraction during which it can quietly issue further export licences for the sale of weaponry to Saudi Arabia.

More worrying for Europe is the shift in US foreign policy. Throughout his campaign Trump aligned himself with the Kremlin’s sensitivities and he has since challenged the US intelligence community on this point. His comments have encouraged an already emboldened Putin who has not hid his desire to punish Europe for permitting NATO’s eastward expansion.  Although the US has now positioned 3000 troops in Poland, Trump’s repeated attack on NATO and calls for other states to pay their way may soon be felt by the UK. Historically the strongest military in Western Europe, the British military is currently suffering from low levels of recruitment and has seen its arsenal and in particular fleet decline to a worrying level. Even when Britain leaves the European Union, it cannot rescind its commitment to NATO and may find itself picking up a larger share of the bill at a time when resources are already squeezed.

More dramatic, Trump has stoked the tinderbox that is the Middle East with his rejection of the Iran nuclear deal and provocations regarding Israel. In his effort to overwrite Obama’s record, Trump repudiated the latest UN resolution which condemned the construction of settlements in the West Bank and in East Jerusalem and has militated to move the US embassy from Tel-Aviv to Jerusalem – rebuking Palestinian claims over the city and bringing the US and its European allies into disagreement. Further, Trump’s decision comes just as Netanyahu’s government announced the construction of 2,500 settler homes in the West Bank, on top of 566 homes in East Jerusalem. As the possibility of a two state solution dissolves in the face of Israel’s deepening occupation and Palestinian rejectionism, Trump has added fuel to the fire.

Enter immigration policy. Although Trump’s immigration rhetoric has until now has focused principally on relations between the USA and Mexico, it now risks touching on UK interests.  In an article on Theresa May’s impending visit to the USA, the Guardian disclosed the Prime Minister’s plan to follow her exploratory talks with Australia on a ‘kith and kin’ immigration policy, once the UK leaves the European Union. May’s ambition to link highly skilled migration to a future trade deal between the UK and USA is totally unrealistic. The USA remains the principal magnet for highly skilled individuals in the world.

Statistics produced by the Organisation for Economic Co-operation and Development (OECD) record an alarming difference between the UK and USA and point to a clear brain drain from the UK. The rate of emigration of highly skilled individuals from the UK is more than 20 times higher than the corresponding rate the USA. The counter flow of skilled US nationals to the UK is only noticed in the City of London and the financial services. Although US nationals are present in the non-financial services, they are a tiny minority. The USA is simply more business friendly, less hierarchical, and more hospitable to foreign talent which earns a greater return in the USA. That pattern is unlikely to change. In fact, it may deteriorate. To date, the UK has produced highly skilled labour on the back of EU investment in science and technology – funds which are expected to be withdrawn pending Brexit. The talent pool is set to shrink and odds are that May is unlikely to extract a mutually beneficial deal from Trump on matters of immigration.

Trump’s inauguration was greeted by global protests and his presidency now threatens to destabilise our economic and security systems. With such high stakes, there should be no room for intra-European discord.

Brad K. Blitz is Professor of International Politics at Middlesex University, Visiting Professor in the Institute of Global Affairs at the London School of Economics and Senior Fellow at the Global Migration Centre, Graduate Institute Geneva.