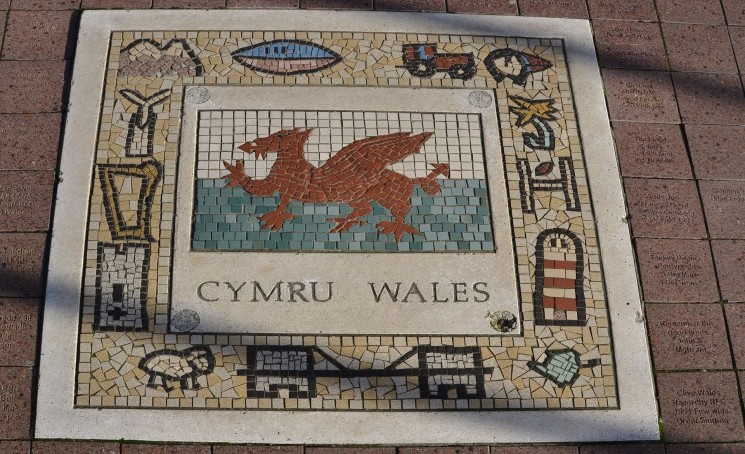 Campaigning has started in earnest, but from a Welsh perspective there’s a sense of having been watching the process from the sidelines until now.

The UK’s entire reform and renegotiation agenda has been a highly centralised one, being driven from Number 10. Whilst the prime minister has explicitly appealed to the notion of subsidiarity in the reforms of the UK’s relations with the EU (the idea that responsibility for decision making lies at the closest effective level to the citizen), this is a version of subsidiarity which operates at just two levels – that of the EU and the UK.

The Westminster government line is clear: EU membership is a matter of foreign policy and is therefore a reserved matter, a matter for central government to determine exclusively. As was highlighted in a recent (March 2016) letter from the Constitutional and Legislative Affairs Committee of the Welsh Assembly to David Lidington, the Minister for Europe, the devolved nations have had no effective engagement in setting the agenda for the reform of the UKs membership of the EU despite them having policy responsibility for significant areas of EU activity.

Nor has the request by the leaders of the devolved administrations for a pushing back of the referendum date beyond June 23 been accepted. This request was made in order to give sufficient time between the devolved elections in May and the EU referendum, so as to avoid a confusion of agendas and issues around the two votes.

Should a majority of UK voters vote to leave on 23 June, this would take Wales, Scotland and Northern Ireland out of the EU, regardless of the way the vote falls there.  The political fall out from such an event is potentially dramatic for the future of the UK though this is a matter which has gained much more attention in Scotland than in Wales. That said, issues of Wales’ place within the UK’s internal union have been at the top of the political agenda in Wales.

The most recent phase in the ongoing process of devolution for Wales sees proposals in the Wales Bill for a move from the existing model of conferred powers (where the starting point is that responsibility for particular policy areas needs to be explicitly conferred on Wales to enable the Assembly to make laws) to a reserved model (the current Scottish approach – where any area not reserved to Westminster is open for the devolved administration to legislate on).

However, the proposed Wales Bill has been condemned in Wales as a settlement that would be unfit for purpose. The long list of areas selected for reservation seem something of a rag bag, lacking principled rationale. Further, the shift to a reserved powers model is also seen as potentially placing restrictions on the Assembly’s scope of action.

This potentially more restrictive delineation of Wales’ powers is highlighted by the ongoing battles around Westminster’s Trade Union Bill. Unsurprisingly, amongst the proposed restrictions under the Wales Bill is employment and industrial affairs – an area where competence has been not explicitly conferred on the Assembly.

A similarly expansive interpretation of competence has recently been seen with respect to the Trade Union Bill, with the Welsh Assembly voting on the motion that they did not agree to Westminster legislating on an area devolved to them – on the basis that the proposed legislation falls within Wales’ legislative competence in respect to devolved public services. A leaked letter from Nick Boles, the relevant UK government minister, reveals that legal advice had been received which has confirmed that whilst there is a strong case that these provisions are reserved in relation to Scotland, the case in relation to Wales is ‘very weak’.

As well highlighting the incoherent and inconsistent system of competences as they are developing across the devolved nations, this case of the Welsh Assembly’s response to the Trade Union Bill demonstrates a difference in approach between Cardiff and Westminster to industrial relations, with the Welsh public services minister referring to Wales’ constructive social partnership approach, valuing the workforce and supporting public services.

To the extent that there is a divergence, whose approach – Westminster’s or Cardiff’s –  fits best with the European Union of today? Professor Keith Ewing has recently referred to ‘the great social democratic experiment that created social Europe as a progressive force in global politics.’ For many now, this experiment has demonstrably failed, with calls coming from the left to leave a European Union which pursues austerity politics and an increasingly neoliberal agenda.

And it may be that this ‘Left Exit’ thesis is in part behind the equivocal public support for continued EU membership in Wales – along with other reasons more familiar from a conventional eurosceptic narrative. The most recent Wales Political Barometer results (March 22) places the Remain camp marginally ahead, by 5% on 41%, having come back from being behind by 8 points.

Additionally following a strong showing in the general election in Wales, UKIP has targeted the Welsh Assembly elections, and is proposing to bring in big names including Mark Reckless and Neil Hamilton to stand. UKIP are projected to get seven of the Assembly’s 60 seats, coming fourth behind the pro-European Labour and Plaid Cymru parties, and the more equivocal Conservative party, whose leader in Wales, Andrew R. T. Davies has announced he will be voting to leave.

Both the Welsh Labour government, and David Cameron – in a visit to Wales at the start of the campaign – have stressed the importance of continued membership for granting ready access to the internal market, and the foreign direct investment that comes from that, as well as the funding streams which currently place Wales as a net beneficiary of EU funding. The most recent polling figures suggest that such interventions by the prime minister and the broader Remain campaign are having an impact, with the lead swinging back to Remain, whilst the figures for the UK as a whole see Leave ahead.

With the political debate now underway in Wales, and campaigning for both the Assembly and referendum votes having launched in earnest, the confusion of concerns and agendas will be hard to escape.

Jo Hunt is a reader in law at Cardiff University, and a fellow at the UK in a Changing Europe.