War metaphors have no place in the Brexit debate 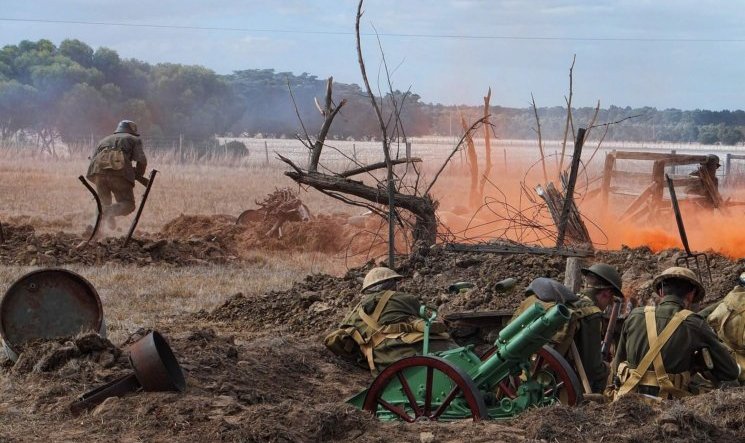 During the biggest televised debate about Brexit before the referendum, Boris Johnson expressed his hope that the day when British voters said “No” to the EU would go down in history as “Britain’s independence day”.

This historical analogy was as incorrect as it was powerful. Johnson equated Britain voting Leave to a colony finally throwing off the yoke of foreign rule after it had been subjugated by an empire.

His statement was the culmination of one of the most heated, divisive and often polemical debates in British history, a debate that has not stopped, nor eased its tone, now that the British electorate has voted to leave and the negotiations with the European Union have begun.

Rhetorically, there appears to be no limit to how far senior Tories and even members of the government will go in order to drive their point about Brexit home. Many have emulated Johnson’s example and used historical references to support their arguments, frequently comparing Brexit to a state of war. The question of how this domestic debate might look internationally does not seem to trouble them.

At the Conservative party conference, Jacob Rees-Mogg, whom many expect to eventually throw his hat into the ring for party leadership, used a packed fringe meeting to compare Brexit to the many times Britain has beaten the French in combat.

“This is Agincourt, this is Crécy”, he said, and, after a suggestion from the laughing audience, “This is Trafalgar.” He added, beamingly: “We win all these things.”

With all respect to Mr Reese-Mogg’s debating-society fervour, one is tempted to remind him that his examples were not just turning points in British history. They are also the names of places where countless people were killed.

At another fringe meeting during the conference, John Longworth, former chairman of the British Chamber of Commerce and co-chairman of Leave Means Leave, argued to cheers and applause from the audience that any extension of the two-year transition period after Brexit would be “the biggest capitulation since Munich 1938.”

According to him, staying in the EU for longer than anticipated is equivalent to the failure to prevent the most vicious dictator of the twentieth century from conquering large parts of Europe and committing genocide in the process.

The use of such an analogy is not only offensive towards the EU27, it is also deeply disrespectful towards Hitler’s millions of victims. Twelve years of tyranny, the Second World War and the Holocaust are too serious a set of issues to be used as rhetorical ploys.

After the French and the Nazis, there was still one of Britain’s prominent historic foes missing from the list: the Soviet Union. The Tory MPs John Redwood and Owen Paterson took care of this shortfall in the public discourse by accusing the EU commission of running a “Soviet-style disinformation campaign” in Britain.

Spies, propagandists and manipulators propping up a totalitarian regime: that is Mr Redwood and Mr Paterson’s opinion of the European Union’s central institution.

Compared to the above, Philip Hammond, who called the EU27 “the enemy” in a television interview on 13 October, would look positively tame were it not for the fact that he is Britain’s most important cabinet minister after Theresa May.

It would of course be absurd to suggest that Hammond is privately gearing up to declare war on the continentals. His apology, which followed promptly after his “slip of the tongue” is entirely credible. Mr Hammond just wanted to reassure everyone that the divisions within the cabinet and the Tory party were not as problematic as they seem, and that the May government was united in its efforts to make the best of the Brexit negotiations. Still, domestic squabbles have international repercussions.

At best, Mr Hammond gives out the impression that he could not care less about what anyone on the continent thinks of him. At worst, that he is as resentful towards the European Union as the likes of Nigel Farage.

History matters. So does the language we use to describe it. What is at stake here goes beyond the specific terms of Brexit. This concerns the long-term relationship with some of Britain’s most important allies. To continental ears some of the polemic preceding the referendum sounded unpleasant and even offensive, but the tone could be explained away with the need of both camps to attract voters.

But now that Britain has decided to leave, its governing party should check its public rhetoric a bit. To continuously compare Brexit to a state of war is hardly going to endear anyone in Brussels, Paris or Berlin to the British cause. It is detrimental to Britain’s national interest.

This is less a question of tact than one of common sense, something the Tory party has always prided itself in. Avoiding belligerent public statements would in no way have to affect driving a hard bargain in the privacy of the negotiating chamber.

It is not the aim of this article to discuss whether or not Brexit is a good idea, nor to comment on the state of the negotiations. Only to suggest that war is a calamity, rather than a figure of speech.