Weather is not climate: forecasting the impacts of Brexit 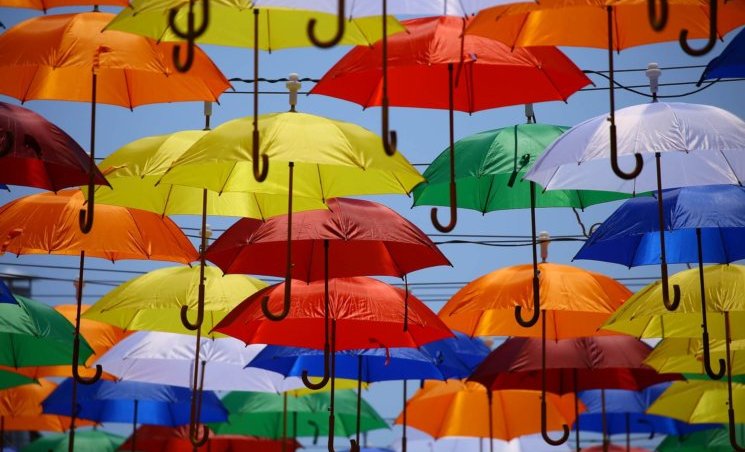 Interviewed for Channel 4 News, I was asked – very reasonably – why anyone should listen to economists’ views on the economic impact of Brexit, when many short-term forecasts that a Brexit vote would lead to a sharp slowing of the economy had been proved wrong. This was my response:

I think it’s worth explaining this. The forecasters – including City economists and independent research institutions like NIESR and IFS, as well as the Treasury and the IMF – who predicted economic gloom as a direct result, not of Brexit itself but of the referendum result, did so on the basis of the expected impact on financial markets, business and consumer confidence:  “Our research shows that a vote to leave would increase uncertainty and, at best, reduce growth”.

But they were (mostly) wrong. On the markets, while the pound did indeed fall much as expected (which is actually good for economic activity in the short-term; the exchange rate acts a shock absorber to the expected long term hit to the economy by making UK exports cheaper) market interest rates didn’t rise and the stock market didn’t collapse (although UK companies have certainly underperformed). More importantly, after an initial shock to confidence, businesses and consumers appear to have decided that nothing has happened yet and nothing much will happen for a while; so it’s business as usual. Research on uncertainty, it turns out, isn’t exactly a certainty.

We can I think dismiss a couple of excuses for this failure. It’s true Brexit hasn’t happened yet – but the forecasts were explicitly related not to Brexit, but to the uncertainty and expected future impact of Brexit. And it’s true some (but not all) of the forecasts assumed immediate Article 50 notification, but that was not exactly central – and if it was uncertainty that was supposed to drive economic weakness, delaying notification merely prolongs the uncertainty.

So what forecasters fundamentally got wrong was their judgement about the short-term behaviour of millions of individuals interacting in a very complex system, where (as we know from the analysis of such systems) relatively small changes in a few variables can lead to quite different outcomes. The claim that “the flap of a butterfly’s wing in Brazil can set off a tornado in Texas” is poetic license – but the inherent difficulty of forecasting short to medium term perturbations is true both of the economy and the weather.

Now, despite these difficulties, weather forecasting has got considerably more reliable over the last 20 years, so there’s plenty of room for economic forecasters to improve – but  explaining how the economy will do in the next few months is always likely to be very challenging. That’s true of economic forecasting in “normal” times: but it’s even more so the case when trying to assess the short-term impacts of a political event on the psychological attitudes of consumers and investors.

By contrast, predictions about the long-term impact of Brexit – like climate science  – are based on quite different reasoning, about how changing one key factor – our openness to trade, or the degree to which the earth’s atmosphere retains heat – changes the long-run properties of the system.  The methodologies used are well-established and robust – and while of course the detailed modelling of their impacts requires considerable expertise and huge amounts of data, the basic mechanisms at work are well-established and easy enough to explain. The operation of the greenhouse effect can be demonstrated in a school lab.

Similarly, the basic insights of the “gravity model” approach to predicting international trade – that trade between two economies depends on how big each is, how far apart they are, and historical, cultural and policy factors including the existence of special trade arrangements like the EU – are common sense, and their empirical and practical validity is not seriously in question. More CO2 will make us hotter: less trade and migration will make us poorer.

Now, economists’ forecasts of the long-term impacts of Brexit could still be wrong – or inaccurate- just as climate scientists could be wrong about the path of climate change. First, our scenarios could be wrong; Brexit could turn out very differently from the options (hard or soft, clean or chaotic) most people are trying to analyse; similarly, sudden technological advances could change the path of CO2 emissions.  Second, the numbers are probably more uncertain even more than the models (which already incorporate some forms of uncertainty) suggest – some forms of uncertainty are simply impossible to model.

So while we can predict that Brexit will reduce growth and CO2 will warm the planet, we should take the quantitative modelling on just how large these effects are with a large pinch of salt.  In particular, feedback effects could either amplify or dampen the impact – and it is very difficult to guess which. But the basic point – that reductions in trade and migration will reduce growth and productivity, relative to what otherwise would have occurred – is very unlikely to be disproved, any more than the greenhouse effect.

So how should that translate into how we actually make decisions?  Well, I listen to the weather forecast: but, like most Londoners, whatever it says, I always carry an umbrella.  On the other hand, that doesn’t mean I’d buy a house on a flood plain.

Jonathan Portes is a senior fellow at the UK in a Changing Europe, and Professor of Economics and Public Policy in the Department of Political Economy at King’s College London