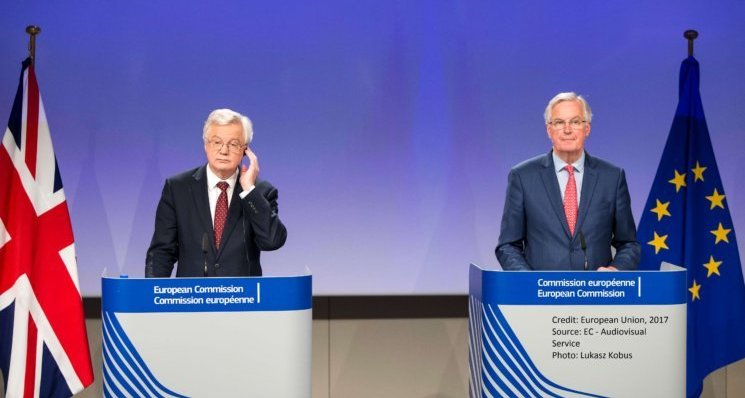 Christmas comes sooner that you think these days. Whether it’s the kids’ presents or avoiding the festive TV ads, it seems that you need to start planning earlier and earlier.

And so too with Article 50.

The conclusion of the sixth round this week brought very little in the way of substantive advances on the three areas of discussion, but ended with the bald assertion from the EU that there are only two more weeks in which the UK can still offer more clarifications that can be considered by the European Council scheduled for 14-15 December.

If this seems like an odd timeline, then it’s useful to take a moment to consider the structure of negotiations.

As much as the media tends to focus on the interactions between David Davis, the Minister for Leaving the EU, and Michel Barnier, the Commission’s chief negotiator, this is only the tip of a mass of interactions. Not only do those extend downwards, to the various technical groups working on specific points of law, but also back into the bodies that they represent.

Davis operates as a representative of the British government, and has to discuss both what he has offered and what he might offer in sub-committees of the Cabinet, and on occasion to Parliament (the former being much more consequential than the latter on what he can do).

Likewise, Barnier is acting as representative for the whole European Union, and also has to report back to the member states on progress. This matters because neither Barnier nor the Commission has the power to agree on any deal: instead, they are merely doing the leg-work for those member states, who hold the ability to sign off.

As a result, late November is the latest point by which the Commission needs to know what the UK is offering, in order to be able to tell member states, give them some time to decide what they think of it, negotiate a common position and then feed it back into a draft statement for the European Council.

This has been a rather neglected aspect of the British debate on Article 50. Either there has been the drawing of an analogy between Davis and Barnier – the former could in theory pick up a phone and get approval from the Prime Minister to make a concession on an agreement, so surely Barnier can do the same – or there has been a ‘great man’ argument – the Germans run the EU, so May can talk with Merkel on the side of the European Council and settle it there and then. Neither view fits with the reality of how the EU actually works, with multiple checks and balances to ensure there is broad consensus on any major decision.

All of this matters because the stance of the Commission, and the EU behind it, is hardening. As much as both Barnier and Davis talked of their positive interactions and some limited technical progress, it was instructive that the former put renewed emphasis on the need for ‘real and sincere progress’ in all three of the Phase I issues – citizens’ rights, finances and the Irish border. Previously, the Commission has been rather vaguer about the need for all areas to advance, not least because the Irish border looked highly intractable.

If there is a surprise, then it is that the UK does not appear to be responding immediately to the added urgency. Davis noted that the UK was “ready and willing to engage as often and as quickly as is needed to secure” a December agreement, which was an oddly passive construction. At best, two more rounds might be fitted into the remaining time, but without a strong push from London those risk merely underlining the gaps, rather than closing them.

There is something to be said for the British position that discussions are getting to point where principals – the European Council, in effect – have to reach a political agreement, including on how what has been done to date fits into any future relationship. However, the lack of success so far in arguing for a collapsing of the two phases of Article 50 into each other suggests that there is very little chance of that now coming to fruition.

Failure to get the ‘sufficient progress’ needed to open Phase II in December is not a deal-breaker by itself, but it would make it very much more difficult to reach a well-matured position on the transitional agreements post-March 2019. Phase II is set to be considerably more fraught than the current period of EU unity, as member states start to pursue more divergent interests.

For all those working to conclude a deal – and that currently includes all the main parties to the process – time is an already scarce resource. The next fortnight might prove to be critical in determining whether it will suffice to get the UK and EU through to the next stage of their evolving relationship.