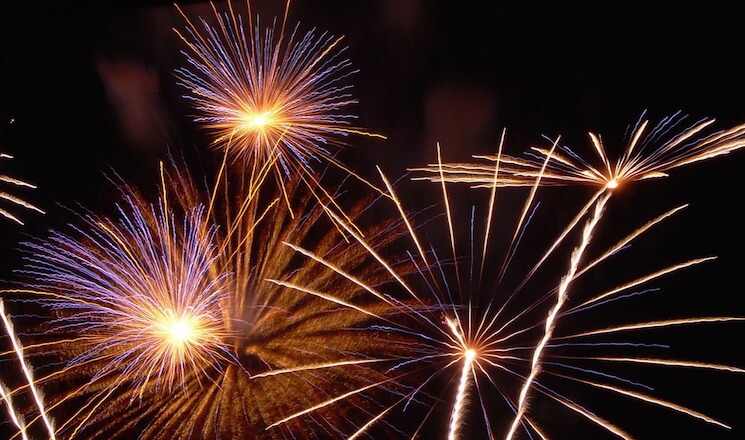 That was a year, that was. Forty-three years after first joining, the UK voted to withdraw from European integration. The comment pages have fizzed with rival explanations of why the vote happened and what it means. Rather than trying, and failing, to come up with something original, here’s my critical take on what has been misunderstood or overlooked.

‘What has happened to our country?’ was a common refrain around many a middle-class dining table following the EU vote. A comforting, if misguided notion. For the fact is that in 2016 the country revealed itself for what it is. A place where many people feel overlooked, insecure, suspicious of foreigners and distrustful of the ‘establishment.’ Britain didn’t change. It merely revealed itself to its own unwitting liberal establishment.

Prior to the referendum, widespread popular disengagement from politics was a cause for concern. Falling electoral turnouts, declining party membership, and an increasing distrust of politicians spawned a real fear that democracy was in trouble. Yet anyone who travelled the country in the weeks preceding the vote could not but have been struck by the sight of people in trains, shops pubs and restaurants talking politics. The fact that over 70% of eligible voters turned out to vote must surely be a heartening sign. Wherever we end up in terms of our relationship with the EU, surely this is something we could and should build on?

Given the extraordinary events of the first part of the year, it is easy to assume that everything about Brexit can be gleaned from a careful assessment of the events of those six months. This is a view reinforced by the rash of memoirs from participants in those events, participants anxious either to claim credit or dodge responsibility for the outcome.

Yet the seeds of what happened in June were sowed many years beforehand. The referendum took place in a context shaped by the 2008 financial crash and the parliamentary expenses scandal. The credibility of the political class, and indeed of wider socio-economic elites, had been on the slide for some time. The gradual decline of interest in politics mentioned above was one indicator of this. Meanwhile, economic, social and political disaffection and dislocation meant that there was fertile ground for a populist ‘change’ campaign. The politics of Brexit were several years in the making.

The same applies to Britain’s relationship with the EU. This had been strained from long before the failure of David Cameron’s ill-fated renegotiation. Indeed, the combination of the reluctance of successive Prime Ministers to make a positive case for membership, and a eurosceptic movement that had been organising since the Maastricht treaty mean that, in retrospect, the scale of the task confronting the Remain campaign is all too obvious.

Our view of history is, of course, shaped by who writes it. All the more so now.  2016 has seen numerous campaigners spend the period since June hoping we’d forget what they said in the months before June. So-called liberal leavers would have you believe that they never played the immigration card during the campaign. Remainers, for their part, seems to have rethought their claim that the ‘Norway option’ would be the ‘worst of all worlds’. As the blame game really gets underway next year, look for more attempts to exert ownership over the past as a means of shaping the future.

Politics is often a dirty business. And political campaigns are never the most even tempered of affairs. The anger of ‘Remainer Britain’ following the referendum, however, has been something to behold. I have heard several normally liberal, tolerant individuals dismiss those who voted Leave simply as ‘morons.’ It seems to me that there are several problems with this. First, (forgive me) it is simply rude. It’s rude even if your opponents do it. Second, it is hardly a way to rebuild consensus, as one day we must.

And third, let’s put Brexit in context. Certainly, the referendum was a momentous event. And it may have serious economic repercussions. But serious economic crises  are nothing new. According to the Treasury’s own infamous analysis of the economic impact of Brexit, the risk of uncertainty and financial market volatility, even under its severe shock scenario was only half of what it was during the 2008-2009 financial crisis. Under that same scenario, UK GDP would fall by about 6% in two yars. In comparison, according to the Bank of England, the peak to trough fall in UK output between 2007 and 2009 was 7.2%, while UK GDP at the end of 2013 was some 11% lower than it would have been based on pre-financial crisis trends.

This is not to underestimate the impact on real people of such contractions. Yet it does underline that, even under a worst-case scenario (and it is only a scenario), Brexit would hardly be an unparalleled disaster for the economy.

It is hard to avoid the feeling that the sense of bereavement that ran through Remainer reactions stemmed not from its anticipated impact, but from the fact that it was not their preferred outcome.  These, simply put, are not people who are used to losing. As Manchester Professor Rob Ford put it, in my second favourite Brexit quote of the year, Remainers are now simply experiencing what UKIP voters have had to put up with for years.

Last but not least, the referendum revealed, all too starkly, how profoundly divided our country is. These divisions are many and overlapping, but the most important as far as I am concerned is that between ‘the establishment’ and the rest. There is a reason political scientists tend to think that the status quo has an inherent advantage in referendums. This is because people tend to be risk averse. Whatever the ultimate outcome of Brexit, the fact that so many people voted for an inherently uncertain outcome against the advice of the clear majority of the political and economic establishment underlines the degree to which faith in these latter has eroded.

Redolent of this, and beating Professor Ford to number one spot in my Brexit quotes list, was the attitude of a lady in Newcastle. I was in the northeast, discussing the economics of Brexit. The kind of drop in the United Kingdom’s GDP predicted by most economists, I said, would dwarf any savings generated from curtailing contributions to the EU budget. “That’s your bloody GDP,” came the shouted response, “not ours.”

Into this beguilingly simple phrase was crammed all the frustration and distrust of the ‘left behind’ towards those in charge of the political and economic destiny of the country. It epitomised the cynicism about claims we are ‘all in this together,’ and the belief that our self-seeking elite are only in it for themselves. Brexit brought such sentiments to the fore. Yet they are not healthy for our politics or our country. Mitigating them must be our priority in the year to come.

Happy New Year to you all.

Anand Menon is the director of the UK in a Changing Europe.