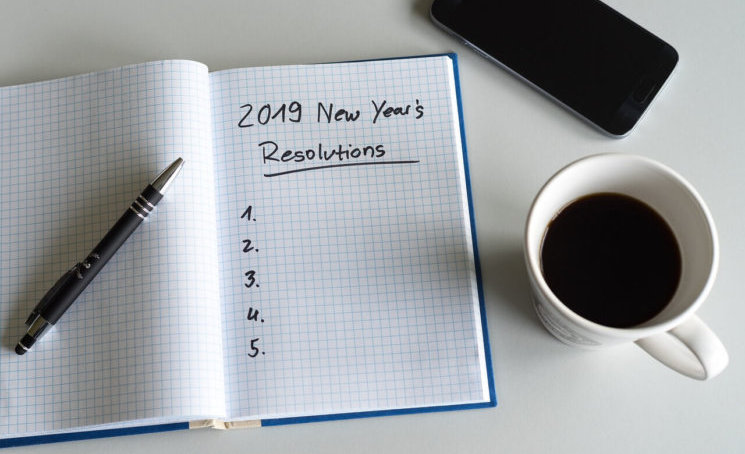 Happy new year! Though I confess I’m not about to spread either good will or good cheer.

Rather, I am going to continue where I left off with my review of 2018. There, I bemoaned the fact that a year had been wasted. That we had not done what we should have done – honestly debating the trade-offs that Brexit has always implied.

But it is actually even worse than that. 2018 was wasted in a far more profound and far more important way than I outlined. In precisely the same way, in fact, as we have wasted the period since the Brexit referendum itself. 2019 must surely be the year we start to do something about that.

Think back to 13 July 2016. The day our new Prime Minister promised to fight the burning injustices afflicting the poor, the BAME-(black, Asian, and minority ethnic) women and those at state schools, among others.

The day she reached out to the ‘just about managing,’ promising to create ‘a country that works for everyone,’ at the head of a Government that would be driven ‘not be the interests of the privileged few, but by yours.’

It was a promising start. A recognition of the fact that, while there were many reasons for voting to leave the European Union, among them was a sense of disillusionment linked to the perception that the country wasn’t working for many people.

Almost three-quarters of those who felt Britain had got worse in the last ten years voted for Brexit, as did 70% of those struggling financially and almost two-thirds of those who left education after secondary school.

For many voters, the proof of the Brexit pudding will lie not in the excruciating detail of any deal we sign with the European Union. Rather, it will be in the changes made to our country and the way it works following our departure.

Don’t get me wrong. This is not to say the Brexit deal will not matter. Not least, it will have significant implications for the future of the UK economy. And any conceivable Brexit deal means the economy will grow less quickly than it otherwise would have, with knock on effects on revenues and hence the public purse.

But the point remains that, ultimately, the impact of Brexit will be judged in terms of what governments do at home with the resources at their disposal. And one thing the referendum made abundantly clear was the breadth and depth of public disillusionment.

What it also did, as the Prime Minister made clear in her first statement in her new job, was place concerns over things like public services and inequality firmly on the political agenda.

Obviously, acting on these concerns is a very different matter, as Theresa May has spectacularly demonstrated. Fine words accompanied by few – or indeed contradictory – actions are of no help to those groups she rightly identified.

That being said, it is important that political leaders maintain a focus on the grievances the referendum revealed. Carrying on as before really would be the ultimate betrayal. However, when it comes to actually doing something, there are a number of constraints.

The most obvious is bandwidth. Brexit has sucked the oxygen out of policy making, meaning that since June 2016 we have barely been governed at all. In both Whitehall and Westminster, Brexit dominates the agenda. In the civil service, this has led to staff being transferred from other tasks, and resources being focused on Brexit-related projects.

It is not too late to do something about this. If we do end up leaving the EU in March, we should have several months (before the appointment of a new European Commission in the autumn) before trade negotiations begin in earnest.

It would be a perfect opportunity to at least start to figure out what kind of non-member state we want to be, and what policies we will need to become it. An opportunity, in other words, for our politicians to start to think about governing again.

To explain chronic inaction is not to excuse it. We are nearly three years on from the referendum. And there is evidence that the kinds of discontents that led so many to protest in June 2016 have in fact been exacerbated since then.

So, while London’s economy grew by roughly 5 per cent in the third quarter of last year, the North East of England has grown by only 1.3 per cent. Meanwhile, concern over poverty and inequality has reached record levels.

Whatever happens in parliament over the next month, the pressing public policy issues that confront us will not go away. And indeed, if the broader policy issues around Brexit are not anticipated and dealt with, there is a real danger that the grievances that partly accounted for the referendum outcome will increase.

Think back to those figures on relative regional growth rates. Recent economic research indicates that regions such as the North East stand to be among the worst hit once we’ve actually left the EU.

Equally, as the statement in November by the UN Special Rapporteur on extreme poverty and human rights underlined, anyone concerned with poverty in the UK has reason to be ‘very deeply concerned’ by Brexit.

Brexit was about many things, but what it was not about was allowing those grievances that led so many people to turn out and vote against the establishment to fester or become more profound.

It is now almost three years since the vote. Far, far too long for us to have failed to respond to what it implied. Whatever the outcome of Brexit, this should now be our priority.

By Anand Menon, director of The UK in a Changing Europe.