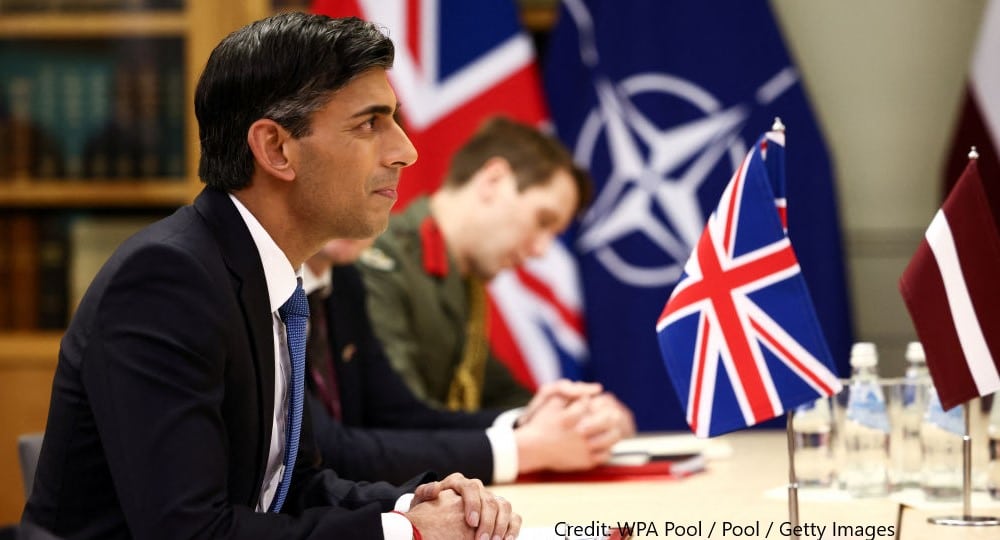 Anand Menon and Alan Wager look at what might be coming down the track politically and economically in 2023, identifying the long-term trends that will continue to define the year ahead.

Well what a year that was. The departure of two Prime Ministers, sleaze, Labour building a commanding poll lead, the death of a monarch, war in Europe, a catastrophic ‘mini’ budget and an escalating cost of living crisis. In thinking – albeit tentatively – about what the next year might hold, it is worth being clear about how much of what is going on is contingent, and how much the consequence of longer-term factors.

After all, one universal human instinct is a tendency towards looking for patterns amid randomness and chaos. Political scientists are no exception – indeed we are probably more prone than most to look for ways of explaining the unexplainable. Yet what we call contingency, and what others might call happenstance or just dumb luck, can clearly matter.

To what extent was Liz Truss simply, and briefly, in the right place at the right time? Did the official period of mourning following the death of the Queen provide the time for team Truss to ratchet up their economic ambitions? The failings of Boris Johnson ultimately led to his downfall – but how much longer could he have survived, absent a sexual predator chief whip? And next year, how much of Rishi Sunak’s fate lies in the hands of Nigel Farage and the ratings of GB News?

Yet when looking at the case of the UK, it is hard to escape the feeling that much of what is happening is the result of longer-term trends. The curse of low growth has bedeviled the country for over a decade, and the UK appears to be on a worse economic trajectory than comparable countries. For most economists, the economic challenges the country faces are structural rather than cyclical, the result of years of bad, short term policies rather than simply the consequence of war in Ukraine and the pandemic.

As more perceptive observers like Paula Surridge saw earlier than most, the realignment of politics many lazily attributed to Brexit had been underway prior to 2016. Yet as John Burn-Murdoch noted last week, this social values driven politics we have lived through in the UK for nearly a decade is taking the UK on a trajectory towards a generational division in our politics unlike anywhere else in Europe.

Of course, the politics and economics are connected. Consider the state of the Conservative Party. Its apparent ungovernability is not a function simply of weak or incompetent leadership but also of the realignment consciously embraced subsequent to the 2016 referendum. It was under Theresa May that the decision was made to park Tory tanks on Labour soil arguably the most statist and interventionist manifesto produced by a governing party in living memory. That strategy worked partially in 2017, but far more effectively in 2019 when Boris Johnson, deployed the May/Timothy playbook to secure a thumping majority at the head of a Leave coalition.

Boris Johnson enjoyed perhaps a unique ability to fudge difficult choices and be all things to all men – portraying himself as a tax cutting Conservative while raising taxes to fund increased government action. Yet with his departure, and with the onset of an economic crisis, divisions have slipped out into the open. As Lord Cruddas and David Campbell Bannerman put it, launching their new Conservative Democratic Organisation, ‘many of us are fed up with having left-wing candidates and a left-wing agenda imposed on us from above – we are in the Conservative Party, not Labour, for a reason.’

Under first past the post, parties that aspire to govern must be broad churches containing a variety of views. The problem for the Tories, as former Telegraph journalist Asa Bennett once put it, is that it is a broad church in which the pews are miles apart. Consequently, and as U-turns over planning and onshore wind have revealed all too clearly, it is hard to imagine a coherent, long-term economic policy over which the party could coalesce emerging this year.

Not only this, but Brexit, the issue that had originally brought this coalition together, continues to haunt its approach to the economy. The continued standoff over the Northern Ireland Protocol might yet be resolved, but will require the UK being willing to resile on its demands that the European Court play no role in Northern Ireland. Sunak faces the choice between internecine Tory warfare, or a damaging trade war the UK economy simply cannot afford.

This same tension is playing out through the Retained EU Law Bill, intended to purge the Statute book of residual EU law by the end of 2023. It has been greeted with horror by businesses concerned at the uncertainty such a bonfire of regulations might create. For some within the Conservative Party, however, the scrapping of EU law is a necessary step towards the low regulation economic model which attracted them to Euroscepticism in the first place. It looks like Sunak – who produced an ad in the summer of 2022 that promised to put all EU law ‘through a shredder’ in 100 days – will now not be able to achieve that until 2026 at least.

As the governing party struggles with this internal dysfunctionality, there are signs that the Brexit realignment that brought it to power is weakening its grip. The cost of living crisis, along with the wave of strikes and increasingly obvious crisis in the NHS have served to refocus attention on the economy. The annual Financial Times poll of 101 economists found respondents using words such as ‘tough’ ‘bleak’ ‘grim’ ‘miserable’ and ‘terrible’ to describe the outlook for consumers. Moreover, there are signs that Brexit is coming to be seen as an economic as much as a cultural issue. Ever larger proportions of voters, including Leave supporters, are coming to the conclusion that leaving the EU has damaged the economy.

There is a general expectation that this coming year will be economically grim, but less politically exciting than 2022. Yet that prediction forgets two things. The first is one of those patterns that political scientists like to make out of the chaos: the idea that economic failure and political disruption go hand in hand. The second is the importance of plain, dumb luck. And Rishi Sunak could be forgiven for going into 2023 wondering just how lucky he is to be sitting in Number 10.

By Anand Menon, Director, and Alan Wager, Research Associate, at UK in a Changing Europe.