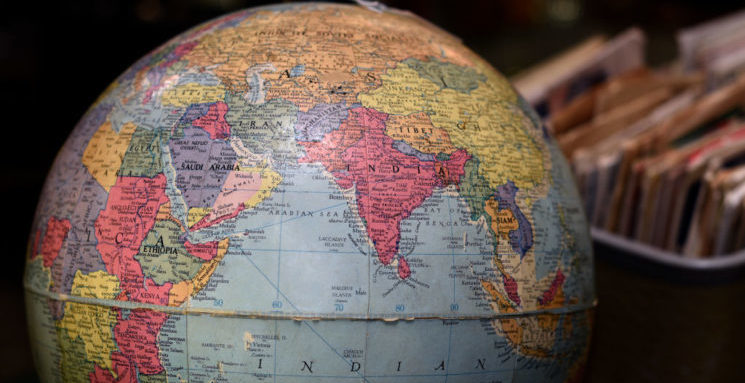 Leaving the EU means the UK is not only leaving the EU trading bloc and negotiating a new future relationship with the EU, but also leaving the EU’s global network of trade treaties – which consists of 41 trade agreements covering 72 countries.

All of these will cease to apply to the UK at the end of the transition period (31 December 2020, unless extended by agreement).

The UK’s trade with other World Trade Organization (WTO) member countries will then take place on WTO terms, except where there is a new trade agreement in place.

The UK government is seeking to ‘roll over’ the 41 existing EU agreements, by negotiating similar new agreements with the third states concerned.

So far, only 19 replacement agreements have been signed and a further 16 are ‘still in discussion’.

In some cases, notably Japan, the other state is not willing simply to replicate the terms that it has with the EU, but is seeking further concessions from the UK.

Achieving a deal in all cases by the end of 2020 will be extremely challenging, and some may well take considerably longer.

Now the UK has an independent trade policy it can also seek new trade relationships with states that are outside of the EU’s treaty network.

The government has announced that its priority is to negotiate bilateral trade treaties with the USA, Australia and New Zealand, and one may expect the next phase to include negotiations with major emerging economies such as China and India.

All of these will raise matters of intense interest to Parliament and the public. What is Parliament’s role in relation to the making of treaties?

First, the government is obliged to lay a new treaty before Parliament for 21 sitting days prior to ratification, under the Constitutional Reform and Governance Act 2010 (CRAG).

In theory, this gives Parliament the opportunity to scrutinise the treaty and object to ratification, by passing a resolution.

An objection by the House of Commons (but not by the Lords) would block ratification. Secondly, if implementation of the treaty requires new legislation, Parliament has the power to pass or defeat that legislation (or amend it, if it is a statute).

If essential implementing legislation is blocked, this would normally stop the government ratifying the treaty. In practice Parliament’s scrutiny of treaties is woefully inadequate.

This is partly because its powers are limited but also because Parliament does not make effective use of the powers that it has.

The House of Commons has never used its power under CRAG to veto ratification of a treaty. The main deficiency is that there is no mechanism to ensure that a debate and vote take place.

The government controls the parliamentary timetable and can deny time to debate a treaty. Even when a select committee has examined and reported on a treaty within the laying period, the government can still refuse time for a debate, or insist that it can only be held in the very limited time allocated to the opposition or backbenchers.

The House of Lords EU Committee decided in January 2019 to undertake scrutiny of Brexit-related treaties and in June 2019 published a report on lessons learned from this process.

Several other parliamentary committees have realised that the capacity of Parliament is not currently adequate to the task of scrutinising the much greater number of treaties that the government expects to conclude as a result of Brexit, and have conducted (or launched) inquiries into scrutiny arrangements.

Their recommendations invariably centre on the need to establish a new treaty committee, preferably a joint committee of both chambers.

In its April 2019 report the House of Lords Constitution Committee stated that in order ‘[t]o address the shortcomings in Parliament’s scrutiny of treaties, we recommend that a new treaty scrutiny select committee be established.

This committee should sift all treaties, to identify which require further scrutiny and draw them to the attention of both Houses’.

A Treaty Committee could develop institutional improvements in treaty scrutiny across all committees, for example by establishing requirements for the government to provide timely access to accurate information.

It could also be given the power to call or request a debate. Its role need not be confined to treaties laid under CRAG prior to ratification.

It could also establish, in dialogue with government, new standards for the provision of information about treaties under negotiation, and opportunities for Parliament to consider the government’s negotiating aims and priorities.

A Treaty Committee could improve dialogue between Parliament and treaty-makers in the government, increase the body of parliamentarians with experience of treaty scrutiny, and develop good practice – without preventing other committees from scrutinising treaty actions.

A Treaty Committee could also provide a useful focal point for dialogue with devolved legislatures about trade treaties, to help remedy the lack of interparliamentary mechanisms outlined by the contribution of Jack Sheldon and Hedydd Phylip.

The process of making new trade treaties will need much more intense scrutiny than most treaties have received in the past.

Trade treaties can take various forms, such as free trade agreements or trade provisions contained within association agreements that cover cooperation on other matters such as security, immigration, human rights or labour standards.

These are subjects of intense concern to parliamentarians, businesses, pressure groups and the general public, to a greater degree than many other treaties that function only at the inter-governmental level.

They will concern a range of select committees – not only those dealing with trade – and so central coordination of parliamentary scrutiny will be essential, as also highlighted by the contribution of Maddy Thimont Jack and Hannah White.

The UK has not negotiated its own trade treaties for 50 years. The government therefore lacks experience and expertise in this area.

The risks of poor or suboptimal outcomes are high. Public expectations and concerns will be difficult to manage, as experience of other countries in trade negotiations has shown.

Early and proactive engagement by Parliament in interrogating the government’s approach could strengthen the government’s position in negotiations and help to achieve outcomes that will be acceptable not only to Parliament, but also to the wider public.

By Jill Barrett, Associate Member, Six Pump Court Chambers and International Law Consultant. This article was taken from the Parliament and Brexit report.