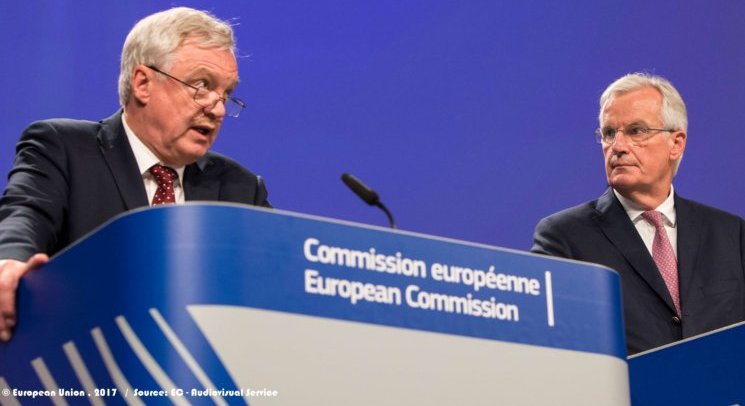 Last week saw the first real break-through in the negotiations on the UK’s withdrawal from the European Union (EU). Central to this was the provisional agreement on the Irish border, with the UK appearing to give lots of ground to the position of the Irish government and its EU counterparts. This surprising move caught many unawares in this developing debate.

This is one of the most difficult issues in the Brexit talks. The UK has said it wants to have a much less close relationship with the EU when it leaves in 2019, but also wants to keep the open border between Northern Ireland and the Republic of Ireland: the first principle suggests that there’s a need for border checks for customs and for ensuring sub-standard products don’t cross the border, while the other is part of the settlement that came out of the peace process.

All sides are committed to keeping the peace process on track. While violence is now a thing of the past in Northern Ireland, the process begun by the Good Friday Agreement twenty years ago remains something that is very much still on-going. The Agreements gives roles and obligations to the UK, Ireland and the various communities in Northern Ireland, but was agreed at a time when EU membership of both countries was a given. The EU has been a useful part of the process, acting as a honest broker and provider of funding to improve inter-community relations.

The Irish border is a place where communities interact, not a barrier. In recent years, there has been a huge growth in cross-border activity, from health provision to infrastructure development. With over 300 crossing points, it is one of the most open borders in the world: many businesses’ supply chains run back and forth across it, so any disruption will have many economic and political consequences.

The deal says that the UK will commit to keeping the border as open as it is now. Friday’s provisional agreement says that both the EU and the UK will keep the border open, with the UK promising to keep ‘fully aligned’ with EU rules in all areas relating to the Good Friday Agreement unless and until it can agree new arrangements with the EU. This removes one of the key reasons for border controls. By also saying that this arrangement will hold for the whole of the UK, it also addresses the concerns of those who worry about weakening the links between Northern Ireland and the rest of the country, such as the Democratic Unionist Party (DUP) who scuppered the first attempt at a deal earlier this week.

There’s still a lot to discuss. The text produced this week is largely about principles, rather than practicalities. In the coming months, the UK and the EU are going to have to find a lot more detail bout how this text might work on the ground. In particular, by committing to ‘full alignment’ the UK appears to be saying that it’ll shadow EU rules, with little room for setting its own rules, one of the key arguments that was advanced in the referendum for leaving. This problem will be all the more difficult given that the Good Friday Agreement is very broad, so the EU might argue that pretty much all its rules and regulations fall within it, leaving no space for the UK to develop its own rules. While the European Commission says there’s been ‘sufficient progress’ on this and the other subjects in talks, it certainly doesn’t mean it’s all settled.

By Dr Simon Usherwood, Deputy Director at The UK in a Changing Europe and reader in Politics at Surrey university.