A born again leaver: Theresa May and the politics of Brexit 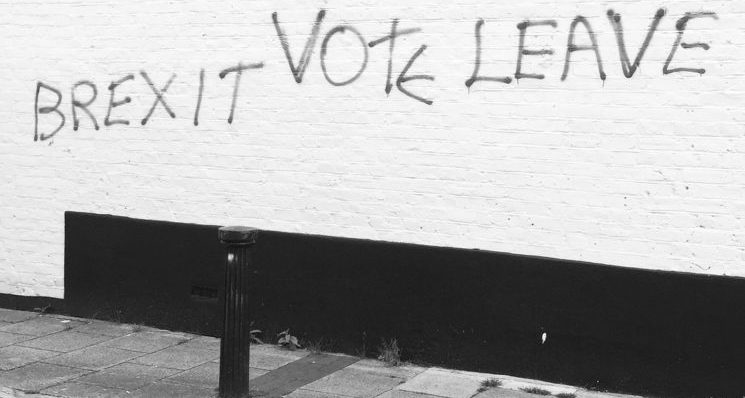 It is now four months since the EU referendum result was announced, and more than three months since Theresa May became Prime Minister. Initially there was some dismay among Conservatives who had voted and campaigned for Leave because Theresa May had backed Remain. Many Leavers argued that only someone who had voted for Leave could be trusted to deliver Brexit, and although some prominent Leavers, like Christopher Grayling, did back Theresa May, most did not. They preferred anyone but May; Boris Johnson, Michael Gove, and finally Andrea Leadsom, briefly aspired before crashing and burning.

May succeeded to the leadership without having to win the endorsement of the party members. The speed of her election meant that she was not obliged to reveal very much at all about what she believed, or make promises she might have regretted. During the Referendum campaign she had been noticeably silent. Indeed, she was nicknamed the ‘submarine.’

Conservative Remainers were at first happier than Leavers when Theresa May was confirmed as Prime Minister. There was much talk about government being in the hands of a grown-up. May was expected to be cautious and favour continuity.  Appointing Philip Hammond as her Chancellor appeared to guarantee that the interests of the City and the wider economy would shape the Government’s negotiating strategy, and that some of the wilder fantasies of the Brexiters would be dispelled. The appointment of Brexiters to head departments closely involved with Brexit was seen as necessary to ensure party unity, but also as skillful, binding them in to the negotiating strategy agreed by the whole Government. May made it very clear that she was going to be in overall control of policy, and was not delegating key decisions to any other Minister.

As the months have passed however it is Leavers who have found much more to cheer about than Remainers. They have been impressed with her performance as Prime Minister. She has seen the light and been reborn as a Leaver. She has tilted the balance of government policy firmly towards the demands of the Leave campaign and has explicitly ruled out the soft landings favoured by Remainers. The evidence for her views is still rather scanty but rests primarily on her public statements, particularly her two speeches to the Conservative party conference in October 2016, and her earlier speech on immigration to the 2015 Conference. There is no evidence she was a secret Leaver, hiding her views because she calculated that Remain was likely to win.

She was genuinely persuaded that the Remain case was superior, but since 23 June she has accepted the new political reality created by the Brexit vote. She has been criticised for declaring that “Brexit means Brexit,” but for her this phrase has a very precise meaning. She dismisses the idea that there is a choice between a soft and a hard Brexit. She argues instead that the vote on 23 June was ‘clear and decisive’, that it gave the Government a mandate to implement Brexit and that it was quite clear what the people had voted for – namely that Britain should be a ‘sovereign’ nation again, with all the attributes that sovereign nations have, in particular control of their borders.

All this is contestable, but that misses the point. Theresa May’s position is dictated by the nature of the party she now leads. John Major and David Cameron both struggled to stop their party banging on about Europe. Theresa May has concluded that it is futile to try. She has joined the headbangers. YouGov estimates that 61 per cent of Conservative voters opted for leave. A majority of Conservative backbenchers backed Leave, as did most Conservative newspapers. Theresa May knew that as leader her vote for Remain made her suspect, and that if she appeared lukewarm about Brexit her party would quickly become unmanageable.

She chose instead to allay the fears of the Conservative Leavers and the Conservative tabloids. Ending free movement is a red line for her, because it involves sovereignty; meanwhile negotiating a good trade deal for the City, or protecting the Universities, are secondary issues. They are important interests, to be secured if possible in the negotiations with the EU, but they cannot be allowed to compromise the sovereignty of the British state. May has taken the decision that her political future and the future of the Conservative party depends on delivering a Brexit which the Leavers in her party will accept as Brexit.

She rebuked Philip Hammond when he suggested that university students might be removed from the immigration total, because for her that would be a fudge which the British people would regard as a betrayal. As Home Secretary Theresa May failed to achieve the government’s target of reducing immigration to the tens of thousands. As Prime Minister she could have quietly ditched that target, but instead she has repeated it. She is well aware of the economic costs and risks of Brexit, as the revelations of her private conversations before the referendum shows. But she is also aware of the political costs of not delivering on Brexit to the satisfaction of Conservative Leavers.

This is a game of high stakes. There are risks for the public finances and for economic prosperity as well as for the union with Scotland and Northern Ireland. But the message of her Conference speeches was quite plain: the people have spoken and their wishes must be respected. Britain will be a sovereign nation again. It may be significantly poorer than it would otherwise have been, and the deficit in the public finances significantly larger, but such costs are largely invisible to the electorate, and will be denied by the tabloids. In any case if this is the price for Brexit, it has to be paid. Theresa May still claims she can get both an end to free movement and a free trade deal with the EU. But she does not see it as a trade-off. Sovereignty comes first. If she has to choose, borders come before trade. In this way she hopes to end the great Conservative civil war over Europe.