A Brexit extension will allow time to think 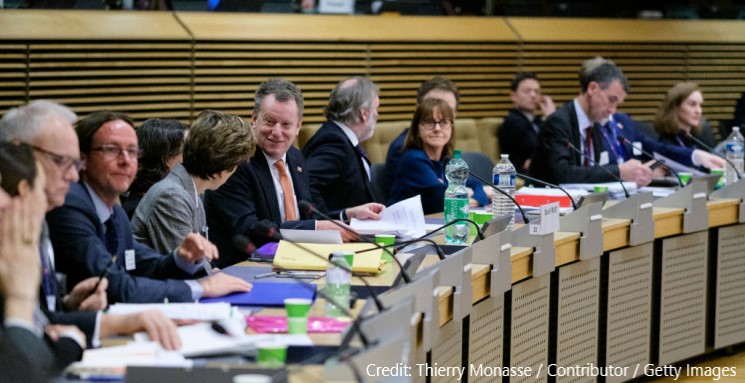 The horrors of Covid-19 have pushed Brexit out of the headlines. Yet crucial negotiations are approaching a June crunch. Complacent silence is no longer good enough. A better Brexit can still be achieved, but it will not happen without a pause to think.

Right now, Mrs. May’s notion of a “deep and special partnership” seems to be heading for the dustbin of history.

First, trust is being undermined by the UK’s apparent reluctance to implement the Northern Ireland Protocol, the crucial lynchpin of our international treaty with the EU, signed only last October.

Second, its new ‘red lines’ for the trade talks, which have been significantly hardened since the Political Declaration agreed last October, reject meaningful ‘level playing field’ provisions and refuse any compromise on future safeguards for EU fishing rights in UK waters: a very bad ‘barebones’ trade deal will result, at best.

Third, the UK rejects joint institutional mechanisms with the EU on vital questions such as security, foreign policy and the long-term relationship.

The government’s strategy is setting us on course not just for the bureaucratic nightmare of burdensome customs controls and constrained access to what for three decades has been British businesses’ home market – the single market – but for a major bust up with our European allies.

This is the reverse of the visionary statesmanship the Covid-19 crisis requires. The Prime Minister insists that Brexit does not mean Britain has become anti-European.

So then the main objective of the British government’s dealings with the EU in the present crisis should not be Brexit, but a step change in practical European Covid-19 cooperation.

This enhanced cooperation should focus first on improving supply of protective clothing, testing and vital drugs, by harnessing the EU’s collective bargaining power. European research programmes should be the drivers of the cooperation needed to discover new vaccines and test new therapies.

The key lesson from the chaotic, state by state, response in the US is that we must coordinate national policies on easing lockdowns and re-opening borders. That such practical cooperation with our nearest neighbours has been impeded by Brexit beggars belief.

Second, we need stronger global macro-economic cooperation, of which the EU now has to be the driving force.

In the 2008-9 financial crisis, the London G20 meeting chaired by Gordon Brown agreed, inter alia, a coordinated fiscal stimulus: Gordon worked closely with the leaders of France, Germany, Italy and Spain and the Obama presidency.

For a brief moment Britain took centre stage in leading the world’s multilateral effort – and such quality of leadership is needed today.

The third dimension is industrial and sectoral. For example, in 2008, mutual cooperation on car scrapping incentives sustained vehicle production – a repeat today should be linked to Green New Deal objectives.

A two-year transition will give time and space to respond to the post-Covid-19 new world.

Domestically the role of the state is expanding, and public spending as a share of GDP soaring well over 40%. These developments will prove difficult to reverse – and Boris Johnson, as the resurrected guardian angel of the NHS, may not wish to.

In this context, Nigel Lawson’s concept of Brexit as “completing the Thatcher revolution”, by giving a massive new impetus towards liberalisation, deregulation and tax cuts frankly looks quaint. If it ever had a time, it has well and truly passed.

Internationally, the crisis is shifting the balance of power between China and the United States and marginalising Europe in world affairs. The international rules-based order of free and fair trade under GATT, and then the WTO, was already in decline.

From Covid-19 may well emerge a new pattern of de-globalisation in which trading relationships will be based on power, not commonly accepted rules.

If completely separated from the EU trade bloc, Britain will find itself struggling to survive in a tougher, more brutal world, far removed from some ‘free trade’ nirvana.

Brexiteers’ assumptions about ‘Global Britain’ striking advantageous trade deals with other nations across the globe, far better than we could achieve as members of the EU, now look questionable.

Brexit supporters also hope a big US trade deal will somehow counterbalance more limited access to the single market. Yet the government’s own assessment of the economic potential of a UK-US trade deal resulted in a paltry 0.18% GDP gain after ten years.

And Covid-19 has reinforced Donald Trump’s protectionist and ‘America First’ instincts. The President has turned his back on multilateralism, suspending US participation in the World Health Organisation and deliberately weakening the WTO – in which Brexit supporters vest so much faith.

These may be inconvenient facts but they are facts nonetheless. On Covid-19, the government has proudly proclaimed that its policy is being driven by the expert evidence. Why then should the government be so reluctant to adopt the same approach on Brexit?

A Brexit extension will not just give us time, but also space to pause and think. We now need a fresh expert assessment of the long-term impacts of Covid-19 on how Britain can best pay its way and be secure in a much tougher world.

By Lord Roger Liddle, Policy Network chair and Labour member of the House of Lords.