A Brexit extension would face serious opposition even during coronavirus 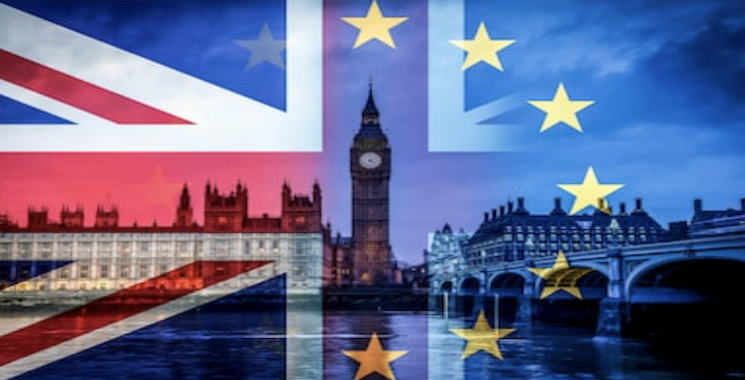 More often than not, the burden of proof for a major shift in policy lies with those advocating change rather than with those resisting it. But what if the arguments in favour of that shift seem so self-evident to its advocates that they don’t bother to anticipate the arguments that will be mounted against them?

Forewarned, they say, is forearmed. So for those who believe that, in the light of Covid-19, the UK should ask for an extension to its transition out of the EU — pushing off the end of December deadline for a deal on the future relationship — what are the arguments Brexiters are likely to deploy against them?

Some sense of those arguments can be obtained by responses to an invitation I issued online last week for objectors to explain why transition shouldn’t be extended — a thought experiment that effectively reverses the burden of proof by transferring it from those advocating change to those resisting it.

My invitation elicited hundreds of responses.

Perhaps inevitably, some purported to detect what they saw as yet another example of Remainers’ inability to come to terms with the fact of Britain leaving the EU — a variant of a more widely-held suspicion that any extension of transition represents yet another attempt by those opposed to Brexit to try to block it.

The aim here is not to squash or even critique those suspicions.

That, after all, is for advocates of extension, who will need to take on objections rather than assuming that what they see as the logic of their position will ultimately prevail. That would be to risk repeating the mistake made by those backing Remain in the 2016 referendum.

On Thursday the government offered an official response to a petition to extend that appeared to give no ground: “We will be recovering economic and political independence at the end of the year, which the British people voted for,” said the statement from the Cabinet Office.

And while some high-profile Brexit supporters have begun to accept the idea, others have not.

One common argument against extending transition is that there is still plenty of time to conduct negotiations with the EU.

While face-to-face meetings are clearly impossible during the coronavirus pandemic, talks can, they claim, be conducted just as well by videoconferencing — especially since the civil servants participating in them, are not, they say, also involved in the battle against coronavirus.

There also appears to be a widespread belief among Brexiters that, rather than proving a distraction, the coronavirus crisis could even concentrate the minds of the two sides.

In any case, they claim, since any agreement with the EU is bound to be made at the last minute, what on earth is the point of putting off that last minute for a year or two?

Many are convinced, too, that the coronavirus crisis has left the EU distracted, divided and weakened, meaning that now is exactly the right time for the UK to secure a good deal.

There are plenty of Brexiters, of course, who don’t want a deal at all (and/or think the EU will grant one only on punitive terms), and believe that keeping to the current timetable will make their preferred departure on World Trade Organization terms all but inevitable.

They also argue that, since the UK economy will be on its knees in the wake of the coronavirus crisis, it would be pointless to try to rebuild it within the single market and the customs union only to then have to rebuild it again once any extended transition comes to an end.

Better, they say, to rip the dressing off the wound, end any damaging uncertainty, and free the British economy from EU regulations (for example on state aid) and the burden of further payments to Brussels so that the country can start enjoying what they see as the full benefits of Brexit sooner rather than later.

Related to this is an argument that, since the entire British (and EU) economy will have ground to a halt by the end of the year anyway, any economic shocks and logistical disruption caused by an abrupt UK departure from transition will supposedly be less noticeable and less costly now than they might have been prior to the coronavirus crisis.

And then there is the pervasive belief that the current crisis has shown quite how dysfunctional, disorganised, and even downright malign the EU really is.

This not only confirms Brexiters’ belief that the UK was right to leave but leads them to worry that, unless transition ends in 2020, the British government will be liable to hand over additional funds to bail out the eurozone or member states particularly badly hit by Covid-19.

In any case, they stress, ending the transition at the end of 2020 was a Conservative manifesto promise and any breach would erode public trust in the government at a time when that trust is vital to see off Covid-19. Such a betrayal would also be tantamount to an admission that the UK is unable to go it alone.

Indeed, for some Brexiters, this crisis is a reminder that the UK needs to reduce or even end its reliance on other countries to provide it with food, manufactures and pharmaceuticals.

Polling now shows that two-thirds of the public support extending the transition period beyond the end of this year, although there is disagreement about how long, with 29 per cent favouring a year or less, and 38 per cent willing to wait as long as it takes. But be in no doubt, such a decision is not inevitable.

People like the new Labour party leader Keir Starmer, if they believe an extension may well prove necessary, need to come up with some effective arguments — and since the real deadline is at the end of June, the last moment when a change to the timetable can be legally agreed, they need to do so soon.

By Professor Tim Bale, deputy director of The UK in a Changing Europe. This piece was originally published in the Financial Times.