A Brexit trade deal is vital for manufacturing 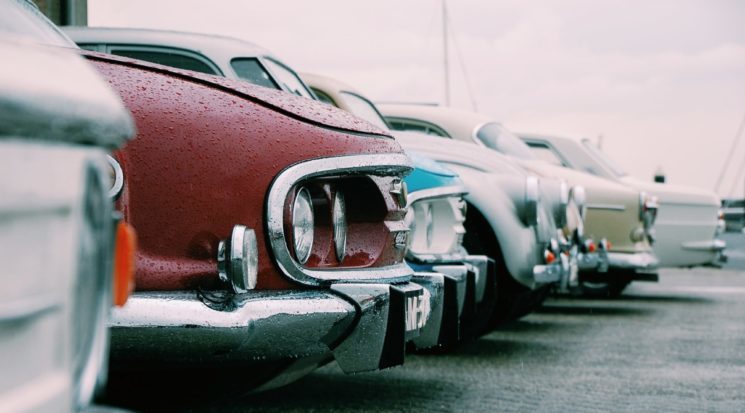 The Conservatives’ overwhelming general election win means that the UK will leave the EU on 31 January 2020 and enter into a transition phase. That much we know.

Yet while Johnson campaigned on the slogan ‘Get Brexit Done’, leaving the EU at the end of January doesn’t really ‘get it done’ despite what the government will no doubt now claim.

Rather, the UK will then be into tricky negotiations on the form of the trade deal with the EU.  And exactly what form of Brexit Johnson wants is still not clear.

The first deadline to note next year is the end of June: this is the deadline for requesting an extension to the transition period which otherwise runs only to the end of 2020.

The risk of a no-deal Brexit at the end of 2020 rises dramatically if no extension has been requested as many think it unlikely that a trade deal – even a ‘bare bones’ Canada style Free Trade Agreement – can be struck in a year.

That means another year of uncertainty for big auto assemblers, with potentially major consequences.

That uncertainty means that it is unlikely that we see any immediate bounceback in investment in UK auto, which has fallen by over 80% over the last three years.

The risks are high. Peugeot has already stated pretty bluntly that a no-deal Brexit would mean no investment at Vauxhall at Ellesmere Port (the current Astra model is due to be replaced in 2021) with investment to be switched to southern Europe (the merger with Fiat also gives it plenty of switching options).

Yet the Conservatives promised in their manifesto not to extend the transition. Whether Johnson is willing and able to u-turn on this will be a major question, and is linked in turn to what form of Brexit he actually wants. And on that we simply don’t know, remarkably.

On one side, Conservatives in favour of a softer Brexit are already hinting that Johnson – freed of the shackles of hardline ERGers – will be able to go for a softer Brexit that would limited the negative impacts of Brexit.

At the same time, many Conservative ERGers backed Johnson’s withdrawal agreement because it either means a minimalistic trade deal or a no-deal Brexit at the end of 2020, on WTO terms.

Which way the PM will go will have a profound impact on the economy in general and much of manufacturing in particular.

On the broader economy, research by the UK in a Changing Europe programme suggests that a minimal free-trade agreement would have a significant economic impact.

It analysed the effect of changes in UK-EU trade barriers on aggregate real income per capita ten years after any new trading arrangements are introduced (this gives the economy time to adjust, so can be seen as the long-run impact).

Back in October, aerospace, automotive, chemicals, food and drink and pharmaceutical industry bodies came together to warn the government that the kind of bare-bones trade relationship that it seemed to be aiming at in the political declaration was problematic for them and could pose a ‘serious risk to manufacturing competitiveness’.

The auto industry is especially exposed to the form of trade deal arrangement that is pursued.

Mike Hawes, the Chief Executive of the Society of Motor Manufacturers and Traders (SMMT) recently said that the “UK automotive’s needs are clear: frictionless trade free of tariffs, with regulatory alignment and continued access to talent. Detailed trade negotiations have yet to begin. They will be complex and they will take time. But a close trading relationship is essential to unlock investment”.

Twice this year – in April and again in October – car assemblers have had to shut down plants to avoid disruption around the time of the UK’s scheduled departure dates from the EU.

Jaguar Land Rover’s Chief Executive Ralf Speth stressed that the firm had no choice but to stop production lines at its four UK plants (Solihull, Castle Bromwich, Wolverhampton and Halewood), stating that the firm needed 20 million parts a day; every part had to be available when needed and just in time.

The latter point illustrates the vulnerability of automotive manufacturing that relies on ‘Just in Time’ (JIT) processes to customs delays and supply chain disruption.

While a minimalistic trade deal could eliminate most tariffs, the UK would still be outside the EU customs union and there may be customs delays, which could throw a big spanner in the works of JIT systems commonly used across UK and EU manufacturing.

Meanwhile a no-deal Brexit would be especially damaging as tariffs of 10% would apply on exported cars.

Ian Henry at AutoAnalysis has crunched the figures in terms of how a no-deal Brexit would impact, noting that a move to trading on WTO terms would add around £3bn a year to UK auto’s costs through tariffs alone, with additional non-tariff barrier costs on top. That is unsustainable in the long run, he told me.

Henry notes that it is questionable whether the government can mitigate these tariffs without falling foul of ‘level playing field’ provisions that the EU will demand as part of a trade deal (on state aid see my recent blog here).

In our recent book Keeping the Wheel on the Road: UK Auto post Brexit, Henry forecast a short-term production hit from a no-deal Brexit of at least 175,000 cars a year (that’s not including the Honda closure), which is over 10% of UK car output.

Longer term, there is a significant risk that firms will consider shifting production activities outside of the UK such that the loss of output could be much higher.

As Henry notes: “a hard Brexit would also make the case for long term production in the UK for EU highly questionable for most vehicle plants. I would expect at least 1.5m vehicles would be lost from UK production over a five-year period from when the hard Brexit began.”

All of which means that exiting the EU in an orderly way with a trade deal and minimal trade friction beyond the transition period remains vital for the British auto industry.

Failing to conclude a trade deal by the end of 2020 would be damaging to output, jobs and investment, just at a time when the industry is investing heavily in the shift towards electric and – in the longer term – autonomous cars.