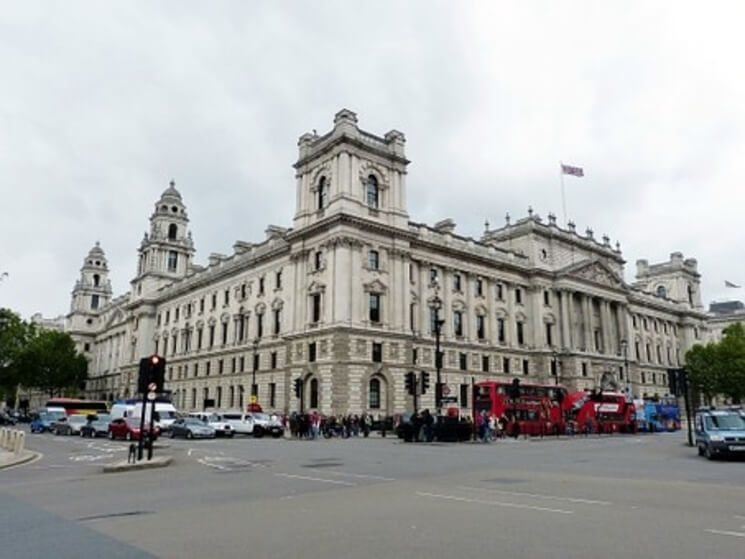 The appointment of a new cabinet secretary – Great Britain’s top domestic civil servant – is imminent. Sir Mark Sedwill will step down at the end of September – a move he acknowledged was of the Prime Minister’s choosing, rather than his own.

His departure coincided with the announcement that his role as National Security Adviser would pass to Johnson’s favourite foreign affairs special adviser, David Frost (soon to be Lord Frost) – currently leading the UK’s future relationship negotiations with the EU.

Frost will not have the same responsibilities as his civil service predecessors as NSA, as the intelligence agencies will report to the new cabinet secretary who will also be responsible for their spending.

Nonetheless his appointment has still attracted a lot of criticism, not least from Theresa May, who pointed to Frost’s lack of national security credentials – a marked contrast with Sedwill, who was a product of the securocracy.

The Cabinet Secretary competition was confined to serving and former permanent secretaries, perhaps to reassure against the march of the advisers at the top of government.

It has reportedly only attracted a small field, and there is no standout obvious candidate as there was when Jeremy Heywood was appointed.

It does not appear that any of the former permanent secretaries who were mentioned as possibilities have been tempted to apply. Instead, some of the candidates who might have thrown their hat in the ring appear to have thought better of it.

It is not hard to understand why. The manner of Sedwill’s departure, the briefings against his deputy Helen Macnamara over her role in enforcing propriety rules, the enforced departure of the permanent secretary at the Foreign Office and the pending court case between the former permanent secretary of the Home Office and the Home Secretary over his claim for dismissal, may have made possible applicants have second thoughts.

Add to that the need to manage relations with No.10, the PM’s powerful adviser Dominic Cummings, with his track record of flouting the conventions a cabinet secretary has to try to uphold, and the presence of No.10’s own permanent secretary, Simon Case, as a competing power centre, all make the job look less appealing than it might have done in the past. Combine all this with threats of ‘hard rain’ continuing to fall and it looks even less so.

But even so, the vacancy will be filled. Early on in the process there were reports that the Prime Minister wanted a Brexit supporter as permanent secretary. Brexiteers have a track record of scepticism about the civil service’s commitment to Brexit, so perhaps it would not be surprising if this Brexity government wanted a Brexity top mandarin.

No. 10 denied the stories. But that has not stopped some of the names as possible candidate for cabinet secretary fostering stories of their Brexit credentials.

The press has reported stories that X or Y is claiming to be one of the only permanent secretaries to vote Leave in a sea of what they impute are Remain voting colleagues.

It is understandable that candidates should want to bolster their chances by suggesting to the government that they are “one of them”.

Anyone caught boosting their candidacy in this way should be deemed by the Civil Service Commission as unsuitable for the job of cabinet secretary, which is combined with the job of Head of the Home Civil Service.

It will open the door to other ministers applying a similar test to their top civil servants. It will send a signal down the ranks of the civil service that their personal views are relevant to their chances of job advancement.

It would be a big step towards the politicisation of the civil service – something which earlier this week, the permanent secretary in charge of civil service reform, Alex Chisholm, assured Politico was not happening.

Of course the Prime Minister will want a cabinet secretary he thinks can help manage the final stages of Brexit and help launch the UK on its new course.

The government may well think it needs someone who can grip the domestic policy agenda and help it deliver its extraordinarily ambitious programme, while still helping it manage the pandemic – something which Mark Sedwill’s CV had not really prepared him for. Those are legitimate tests for the successful candidate to pass.

But in a government already suffering from groupthink, ministers need a cabinet secretary prepared to challenge their assumptions, not simply pander to them.

Even more importantly, the cabinet secretary is also the guardian of civil service values, the leader of the civil service and the enforcer of propriety. Someone who pitched for the job on the basis of their political views would find it hard to credibly play those roles.

A former cabinet secretary, Burke Trend, was reputed to take the requirement of civil service non-partisanship so far that he never voted in elections.

Most civil servants vote but know they should keep their political views separate from their official lives. That has to apply – and be seen to apply – to the cabinet secretary appointed to lead them.