A decisive result with indecisive consequences 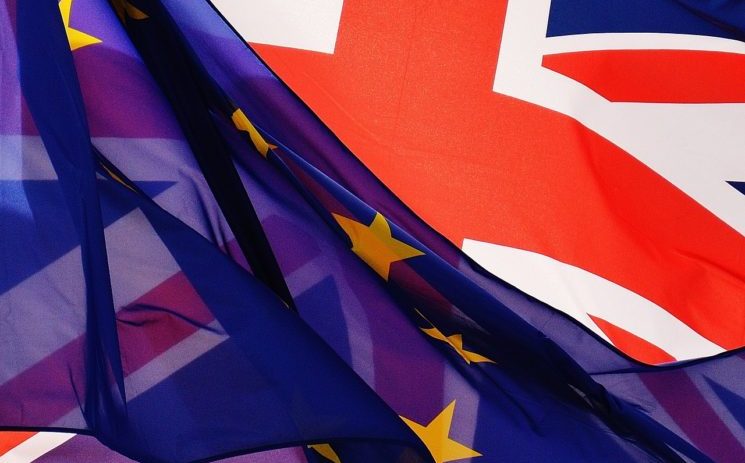 The referendum result was doubly decisive. The net effect of a raucous and sometimes rancorous campaign turned people out to vote rather than turning them off. Given a chance to cast a ballot in which every vote counted equally, the turnout was 72.2 percent, higher than at any general election since 1992.

The total vote cast for exit, almost 52 percent, is higher than that won by any British governing party since 1931. In percentage terms, the outcome appears close, 51.9 percent for leaving and 48.1 percent voted to remain in the European Union. This division justifies the pollsters’ claim that the result was too close for them to call. However, a margin of more than 1.2 million votes in favour of exit is more than enough to satisfy the classic British stand that a margin of one vote is enough for victory.

The Brexiters can cite the absolute majority of votes won as evidence that they are more representative of the British people than the chattering classes whose voices dominate the discussion of politics. Consistent with the warning of big business and bankers that exit would be bad for the pound, in the City of London there was a three to one majority in favour of remaining in the EU. However, the result showed that big bucks cannot be converted into ballots.

The chattering classes have also taken a hit. In London Camden and Westminster voted 75 and 69 percent, respectively, for remain. Oxford has been exposed as the home of another lost cause: 70 percent voted in favour of remaining in the EU. Cambridge produced an even bigger endorsement.

The referendum was exceptional in being a vote on a major issue rather than on which party would you like to see governing the country or who would you like to see as prime minister. However, the result confirms that it is backbench Tory MPs and a minority of Cabinet ministers in favour of exit who are more representative of the Conservative Party than their leader, David Cameron. Cameron’s prompt and dignified resignation will install an anti-EU prime minister to be in charge of leaving the EU in two years time.

As a long-term critic of the European Union, Jeremy Corbyn may welcome rejection of an EU that pursues an economic policy inconsistent with his anti-austerity views. However, he cannot claim that Brexit endorses leftwing views since the vote to leave comes predominantly from voters on the right. The overwhelming majority of Labour MPs who endorsed remaining have shown themselves out of tune with Labour strongholds in the North of England that voted in favour of exit.

UKIP is the one party united in celebrating the outcome. Its supporters were overwhelmingly in favour of leaving the EU and its by-election victories in the last Parliament scared David Cameron into committing the Conservative government to calling the In/Out referendum. With only one MP in the House of Commons, Nigel Farage can claim that the referendum outcome is a victory for the people versus Parliament.

Parliament is the big loser since more than two-thirds of members of the House of Commons endorsed remaining in the European Union. The House of Lords has many members with EU expertise, the big majority of whom were very heavily in favour of voting to remain. Peers can advise caution in implementing exit, but the Lords lack the authority to block a referendum outcome.

The future of a Disunited Kingdom is very undecided. In England, 53.4 percent voted for exit, and a majority in Wales did the same. However, 62 percent of Scots and 55 percent of Northern Irelanders voted to remain in the European Union.

The procedure for the UK government to withdraw from the EU is clearer than for the Scottish National Party government to achieve its double act of withdrawing from the UK and becoming an EU member state. It is impossible for the EU to consider an application for membership from territories that are not independent states. This requires the Scottish government to call and win a referendum in favour of withdrawing from the UK. Yesterday’s vote shows that no government can be confident of having the electorate endorse its own position. A Scottish referendum would be held when there are big question marks over the nation’s relationship with an independent England as well as over the oil revenues that Scotland could rely upon if it went independent.

Whilst the new prime minister may look to Canada, Switzerland or Norway to see how to mitigate negative effects of being a non-member state of the EU, the Scottish government may look to Sweden. It has had two decades as an EU member state managing important close relations with its non-member neighbour, Norway.

The Republic of Ireland government can play an important role in resolving the challenges facing nations of the UK and the EU in managing their future interdependence. It has huge incentives to do so because its major priorities are maintaining existing ties with Northern Ireland and trade with England while also remaining an EU member state. Moreover, its political standing in Brussels is far higher than that of a British government that has campaigned against the EU.

Whoever is the next prime minister, he or she will have to await the verdict of EU institutions on what the country’s relationship will be with the EU after withdrawal in two years time. These terms will be set by discussions among 27 member states in which the Irish government will be a prominent and interested party. Whatever decisions are arrived at to facilitate a new Anglo-Irish relationship can then be used by the Scottish government to manage its hoped for status as becoming the EU’s 28th member state in place of the UK.

The outcome is a reminder of the tune that Lord Cornwallis’s band played when the last British troops left the soil of the newly independent American states: “The World Turned Upside Down!

By Professor Richard Rose, UK in a Changing Europe commissioning fund awardee, and director of the Centre for the Study of Public Policy at the University of Strathclyde.