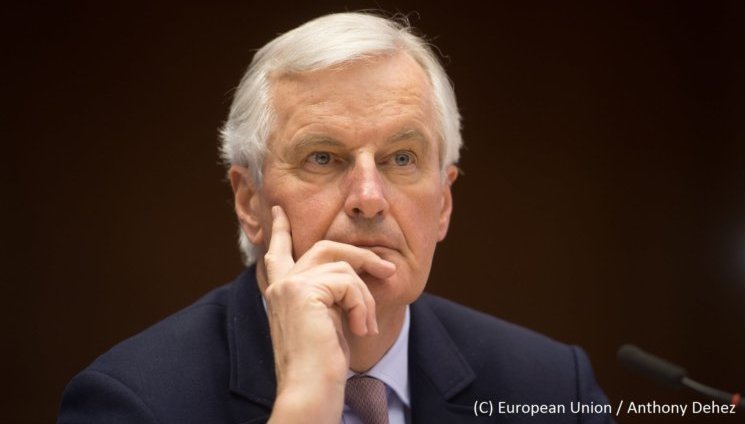 Unhelpful, patronising, misinformed, politically motivated, disgusting: shocked parents of EU children living in the UK took to Twitter to react angrily to the intervention of the Children’s Commissioner for England in the Brexit debate. But what did the Commissioner Anne Longfield say? And why are people feeling so strongly about it?

In a letter to the EU chief negotiator, Michel Barnier, Ms Longfield turns the blame for the unresolved issue of the status of EU nationals in Britain and Britons in Europe on the EU. She accuses the EU of using children in the UK as ‘bargaining chips’. She argues that by demanding that citizens’ residence rights are under the jurisdiction of the European Court of Justice (ECJ), the EU is responsible for keeping the children in a situation of protracted uncertainty.

She said: ‘If the EU genuinely wants to resolve the question of residence rights of EU nationals, they need to separate out the two issues to enable a negotiation in good faith which can give certainty to the hundreds of thousands of children and their families left in limbo. Two more years of uncertainty feels like a long time to a child.’ According to ONS data, there are 588,000 children with a non-British EU passport in England, many of them are UK-born and have never lived in the country of origin of their parents, apart from at Christmas and during summer holidays.

Steve Peers, Professor of EU law at the University of Essex, pointedly lists the faults of the Commissioner’s letter in a Twitter thread, and there are quite a few. First and foremost, Professor Peers writes: ‘the “limbo” situation could have been solved by the UK unilaterally. It still can be’. However, this is unlikely to happen if George Osborne’s allegation that Theresa May was the sole minister to veto such a proposal last June is true.

In her letter, the Children’s Commissioner praises the ‘detailed proposals put forward by the UK’ and contrasts them with the EU’s offer that consists in ‘a set of principles without any detail’. As Peers notices, ‘while it’s true to say that the EU proposal contains less detail on UK implementation, that’s not the EU’s job’ and ‘as a matter of underlying law, the EU position offers far more detail’. Is the Commissioner trying to convey a value judgement on the contents of the proposals on the basis of the level of detail they contain?

This would be surprisingly naïve, if not disingenuous. As many observers in the past few weeks have pointed out, the so-called ‘generous offer’ to EU citizens tabled by the UK government is far less generous than what the EU is demanding and would remove several acquired rights that they currently enjoy. Only a few days ago, the EU chief negotiator Michel Barnier reaffirmed EU concerns for the status of EU nationals in post-Brexit Britain by stating: “The British position does not allow those persons concerned to continue to live their lives as they do today.”

For the 3 Million Forum, a campaign group of EU nationals in Britain, Anne Longfield ‘is using the terrible plight of EU children and their families to twist public opinion against the EU blaming the Commission for a problem caused solely by Theresa May and her red line on the ECJ’.

EU nationals also resent Ms Longfield’s appropriation of their campaign slogan ‘I’m not a bargaining chip’ against their interests. In fact, a number of EU parents pointed out that they know what is best for the future of their children and while current uncertainty is certainly a burden on them and their children, the prospect of diminished rights envisioned in the UK proposal is far more so.

The Children’s Commissioner should be far more concerned by the position of the British government who has demonstrated few scruples time and again in using the future of EU nationals and their children as a bargaining chip in the Brexit negotiations and is prepared to go as far as to state in the Great Repeal Bill that if no deal is achieved, it wants power to remove EU citizens’ rights altogether.

By Dr Nando Sigona, Research Leader at The UK in a Changing Europe and Senior Lecturer and Birmingham Fellow in the School of Social Policy at the University of Birmingham. This piece originally featured on LSE EUROPP.