A Dutch perspective: British membership is warmly supported but not much liked 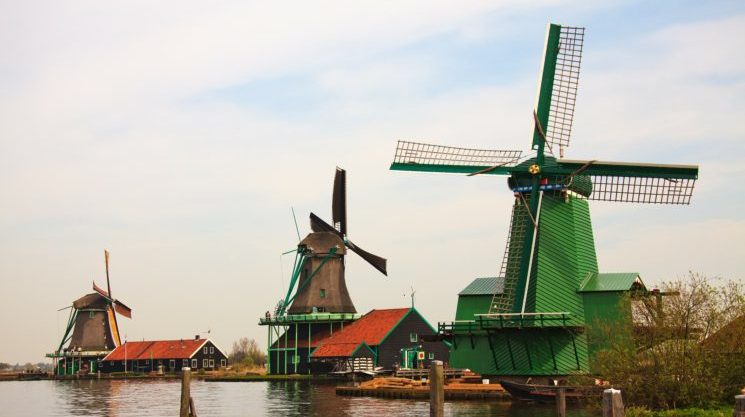 As we know fully well in the Netherlands, referenda are divisive events, nationally and internationally. To deal with their impact, European member states need ample political and diplomatic skills to ensure good relations in the EU. This is essential both in the run up to a referendum as well as afterwards when priorities shift to re-defining relations (e.g. in case of a British ‘leave’) or to deepening commitments (e.g. in case of a ‘remain’). This begs an important question: does the UK have these diplomatic skills? The Dutch-British relationship casts some doubts as to how the UK manages its EU relations.

Good diplomatic relations cannot be taken for granted. Officially, The Netherlands and the UK are close allies in the EU. Both favour free trade, deregulated markets, transatlantic relations, pragmatism and a modest EU. The Dutch have been strong supporters of British membership of the EU. The Dutch government, also through its EU presidency, is keen on safeguarding British membership. Keeping the UK in the EU has also been one of priorities for Frans Timmermans as first vice-president of the European Commission. Without the UK, many in The Netherlands fear the EU will tend towards a protectionist Southern-European project. Basically, the Brits are regarded as counterweight to French efforts to create a political EU.

The Dutch may fear Brexit but are not wholly happy with Bremain either. When learning that the ‘red card’ Cameron secured as part of his renegotiation required support of 55% of the national parliaments, a Dutch official commented that this instrument would be worthless to the UK because ‘the UK is not good at building coalitions’. Interviews with Dutch officials show some level of frustration with British aloofness and lack of reliability. A deal with the UK is apparently only a deal when the UK indeed sticks to it until the end. So, the first doubt concerns the UK’s diplomatic reliability.

The second doubt relates to the UK’s diplomatic EU-skills. Much has been written about the British coordination system for EU affairs. A widely shared view is that the Brits have a Rolls-Royce model for EU diplomacy due to good analysis and pro-active policy-coordination. This is probably true for internal British EU policy-planning. However, the skill of liaising with other countries may be less developed.

The history of Cameron’s in/out referendum maybe a case in point. Initially, Cameron’s Bloomberg speech setting out his EU-reform agenda was to be delivered in Amsterdam – probably to underline at home that the UK has EU-friends with similar concerns. It is doubtful whether the British diplomatic service had thoroughly checked whether the Dutch government was happy with Cameron involving the Dutch. Prime minister Rutte would not be present when Cameron would give his speech. Formally, Rutte had to chair the weekly Cabinet meeting.

Informally, the new Dutch government was looking to adopt a more positive EU tone after the government supported by the eurosceptic Freedom Party of Geert Wilders had fallen. Political association with the British in/our referendum, or even a related photo opportunity with Cameron, was avoided. Yet, in its first weeks of the new government, Cameron, apparently with little consultation, announced that he would give his EU speech in Amsterdam. A difficult diplomatic situation was avoided when Cameron cancelled the Amsterdam speech in view of a hostage situation in Algeria.

The ensuing negotiations on the exact meaning of a ‘reformed EU’ resulted in further examples of UK-focused discussions. Minister for Europe, David Liddington, came to The Hague and gave a public lecture in which he emphasized the ‘remorseless logic’ of deeper integration for the eurozone, including the need to introduce eurobonds. Probably lacking the diplomatic finesses for Dutch sensitives, he created the impression that what he wanted was ‘subsidiarity for the UK, but more EU for you’. A healthy eurozone is of key importance to the Netherlands but centralization of the eurozone is deeply feared. In so far as the UK envisages and supports a fiscal union for the Eurozone, it will be seen by the Dutch as an opponent rather than a close EU-ally.

Constructive partnerships also require deep understanding of the positions of other countries beyond the immediate national political pressures as well as good diplomatic relations. In case of Brexit, mutually beneficial trade agreements have to be formulated fast.

Assuming Britain remains part of the EU, it is important that the British government becomes involved in discussions on the future of the eurozone. The current trend in the eurozone is towards deeper integration in the direction of fiscal and political union. This will not work – neither from an economic nor from a political perspective. Moreover, centralisation of the eurozone will mean that the distinction between euro-ins and euro-outs becomes insurmountable. This would not be in the interest of the UK either. For all concerned, a mature model for the eurozone is needed. The future of the eurozone demands probably first and foremost that member states reform. A eurozone based on competitive countries hardly needs European centralization. The British emphasis on the ‘remorseless logic’ of integration underlines the poorly developed British EU-visions and its lack of empathy with its allies.

If the UK remains in the EU it would need to be more involved in those EU policies that are currently high on the political agenda such as economic governance and Schengen. Economic governance and other key policies will affect the UK if only because they are discussed at European Councils, because require specific policy responses that will affect the UK in any case, and because they affect the functioning of the EU’s single market.

More broadly, the EU is preparing for discussions on the EU’s future. The Netherlands would probably welcome British input as long as that is based on more than party politics in the UK. Input into the discussion on the EU’s future shape demands deep insights into the perspectives of individual member states and on feasible European scenarios. In or out, the Dutch need a UK that truly understands the EU and its allies. At the moment the UK seems to lack viable thoughts on the future of the EU as well as the diplomatic skills to implement them.