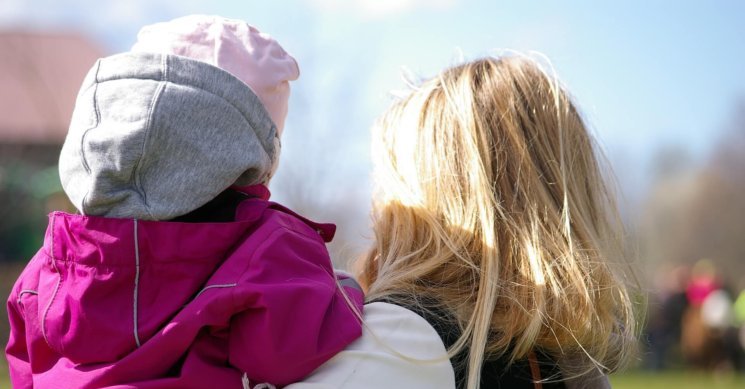 While the current trajectory of EU-UK negotiations is to put an end to future free movement rights of EU nationals in the UK, and UK nationals in the EU, a question mark still hangs over the rights of those who have already taken up residence or begun working across borders.

We now have a draft Withdrawal Agreement, which makes provision for the rights of such citizens. But those provisions are problematic, and will lead to gendered exclusions. Firstly, the draft text gives explicit, temporary residence rights to some carers relying on Teixeira rights.

The Teixeira case provided that if the children of an EU national worker are to have a meaningful residence right to continue their education, even after the worker had left the state or had ceased work, then their primary carer also had to have a right to reside.

In theory, these rights should survive after the transition period, as the relevant legislation and case law should still apply (thanks to Articles 24 and 4(4) of the Agreement). And yet, Article 24(2) contains an explicit, but etiolated provision for Teixeira carers.

These rights have proved invaluable for protecting children who have no control over the employment choices or misfortunes of their parents, who are subject to the vicissitudes of an unstable, insecure labour market. But Article 24(2) implies the exclusion of these families.

Other carers are even more neglected; the agreement is silent about Zambrano carers in the UK – i.e. third-country-national primary carers of British children. They have a right, based in EU law, to reside to prevent the child from being forced to leave the territory of the EU.

The agreement appears to cut them and their children loose, and leaves them at the mercy of domestic provisions.

Moreover, the agreement also reflects the current approach taken to Teixeira rights, that periods exercising such rights do not count towards the five years that need to be clocked up before you get the golden ticket of (more or less) unconditional residence rights – i.e. ‘permanent residence’.

Currently, what that means is that once the carer is no longer exercising a Teixeira right, they lose entitlement to benefits unless they exercise another right (typically by working). This can be troubling enough after years of lawful residence.

But it reaches a whole different level when the consequence is not ‘reduced entitlement to benefits’, and is instead ‘becoming an illegal immigrant and losing the right to stay in your home of many years’.

The Teixeira carer omission from permanent residence is symptomatic of a more widespread exclusion built into the Withdrawal Agreement – the continued adherence to the ‘right to reside’ construct and the insistence on having been exercising such a right for five years before getting an unconditional right to stay.

Currently, the ‘right to reside’ excludes and discriminates, disproportionately and deliberately preventing children and women and vulnerable groups from accessing benefits.

Women with work histories punctuated by periods of care, or by relocation due to domestic abuse, see their ‘clock’ (and that of their children) get restarted over again. Children meanwhile, have no means whatsoever to establish a right to reside in their own right.

It is an old problem, with new, more dramatic consequences.

It is a problematic means of deciding benefit entitlement, but is a manifestly inappropriate tool for deciding entitlement to stay in the country you call home. It is unrelated to degrees of actual social integration, languages spoken, family connections, and place of birth.

Do we really think it acceptable that a seventeen-year-old child, born in the UK and having lived there all her life, should be potentially subject to removal after Brexit? Because the case law says she would not have a right to reside.

All of which leaves many EU national women and children reliant upon domestic law. Currently, UK proposals in most cases emphasise the need for five years of ‘residence’ in order to get settled status rather than evidence of economic activity. So, in theory they are more inclusive.

But, being reliant on purely domestic law puts people at the whim of the executive. And it seems the Home Office has already proved changeable by introducing extra conditions.

Immigration minister Caroline Nokes has also made worrying noises about people being deemed to have ‘misused’ a right to reside being subject to removal.

So, we cannot take the positive elements of the UK proposal for granted.

And they cannot be enforced at EU level, because the EU negotiators did not see fit to protect the thousands of carers, women, children, disabled people and vulnerable people who, under the strict terms of the Withdrawal Agreement will be susceptible to removal – as will their UK counterparts in other member states.

The lack of EU-level protection, and care, for carers is startling.