A Fiat Peugeot merger may be bad news for UK workers 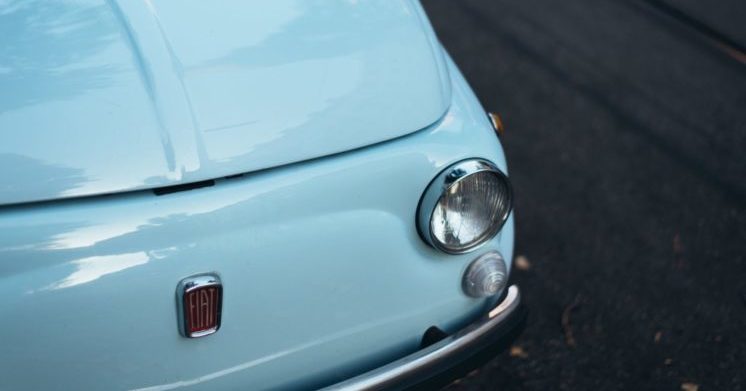 The auto merger merry go-round may be back in full swing. Fiat Chrysler Auto (FCA) and Peugeot Citroen owner PSA are talking again about a merger which could form a European giant and one of the biggest auto firms in the world.

A combined entity could be valued at nearly $50bn.

We don’t know what a deal might look like – whether it would it be a merger of equals or whether Peugeot would be the one doing a takeover with more board seats. The French government, a shareholder in PSA, will no doubt be keen on the latter.

The talks come after Fiat’s efforts earlier this year to woo Renault came to end after the French government (also a shareholder in Renault) effectively blocked a proposed merger  over concerns about Renault’s tie up with Nissan, and to preserve jobs and capacity in France.

So this isn’t a ‘done deal’ by any means, but the French government may be more agreeable this time round given that a tie up with Fiat could open up major new markets for Peugeot.

Fiat has been looking for a partner beyond Chrysler for some time.

International auto markets are slowing or stagnating, impacting on the bottom line, while at the same car firms are having to invest huge amounts on a raft of new technologies – think autonomous, connected and electric vehicles (EVs).

A big squeeze is playing out, and scale is seen as increasingly important for car firms.

As a result car makers are looking to jointly develop platforms (the expensive technologies that underpin cars) and share them across different brands and models, as well to find cost savings through bulk purchasing of components, as well as through plant closures and job cuts.

So even big firms like VW and Ford are collaborating on EV development (Ford will essentially pay to use VW’s new electric platform – or skateboard – and build Ford models on it).

Similarly JLR and BMW are cooperating on electric motor development.

Meanwhile Nissan is making 12000 job cuts worldwide and is thought to be reviewing its European operations. Honda has already said it will close its UK plant at Swindon.

Fiat has been lagging behind especially in EV development.

It is also exposed to tough new EU emissions regulations, so much so that it has had to buy credits from Tesla to avoid big fines from 2020.

So Fiat wants scale and access to new technology. Meanwhile Peugeot has a pile of cash and is looking for takeover targets.

A deal with Fiat-Chrysler would open up new markets in the US in particular via FCA’s valuable Jeep and Ram brands.

That would be attractive to PSA as it is very heavily European focused in production and sales.

PSA has already mooted a return to the US market (which it left back in the early 1990s) and an FCA takeover would be one route to achieve that.

It would also get access to FCA’s premium brands Alfa Romeo and Maserati.

PSA had previously indicated its interest in premium brands when rumours circulated over talks of a possible tie up or takeover of JLR earlier this year.

But a tie up would mean PSA looking again for major cost savings. In the wake of the PSA takeover of GM Europe (which included Opel and Vauxhall) it had looked for some €2bn of cost savings.

Expect a €5bn target this time round if a deal with a much bigger FCA goes ahead.

That will mean likely mean plant closures, and that’s why unions in the UK are rightly worried about the future of Peugeot’s UK plants.

That’s not because they are inefficient plants – far from it; workers and management at both Ellesmere Port and Luton have pulled out all the stops in recent years to work flexibly, get costs down and win contracts to build new models, beating competition from across Europe.

Rather, unions fear that a combination of the UK flexible labour markets (it’s easier to fire workers here) and uncertainty over the UK’s trading position with Europe post-Brexit leaves them exposed if a PSA-FCA means a fresh round of cost cutting and likely plant closures.

PSA of course, shut its (profitable) Peugeot plant at Ryton, near Coventry back in 2007, shifting production of small cars over to Slovakia.

If the PSA-FCA goes there is a risk it will axe some UK operations all over again.

Vauxhall’s Ellesmere Port plant is anyway arguably the most vulnerable in the context of uncertainty over the future of the UK’s trading relationship with Europe.

The new Astra model is due to be assembled there in 2021 but PSA has already said that in the event of a no deal Brexit it would shift production to Southern Europe.

The point about a PSA-FCA merger is that not only will be there be a big push to cut costs but that FCA will also bring to the table under-utilised plants in Italy.

Both the French and Italian governments will be keen to maintain capacity in their respective countries, and that could leave UK plants vulnerable to the axe being swung.

Uncertainty over the nature of the UK’s trading relationship with the EU increases that risk, whether the UK leaves smoothly with a deal (with the UK into a transition period after 31 January then a possible Free Trade Agreement at some point) or no deal and WTO tariffs.

The key point is that if the PSA-FCA tie up does go ahead it will be a game changer not only for the two firms but for the wider European car industry, with potential closure risks for plants and workers in the UK.