A god of small things? why Martin Selmayr matters 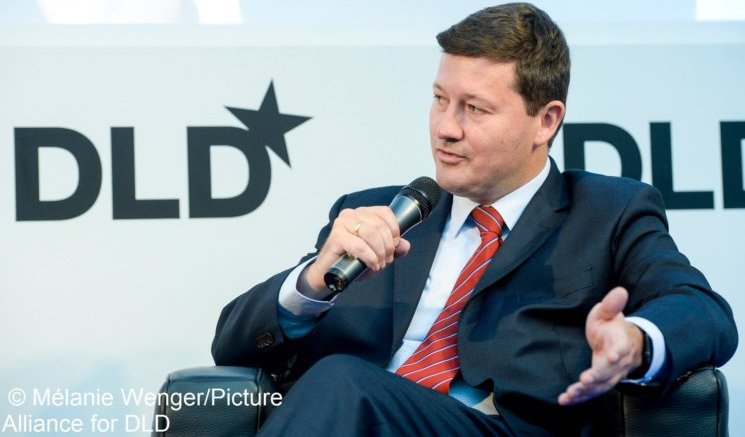 Secretaries-General are not usually the stuff of news, and not only because of the problems with pluralising their title. Apart from the Secretary-General of the UN – and even then I’m guessing you had to think about their name – they are anonymous bureaucrats, who have risen to their high station precisely through being measured and politic.

Martin Selmayr, appointed Secretary-General of the European Commission at the start of this month, risks challenging all these stereotypes, and for the worst of reasons.

But let’s give him the benefit of the doubt and outline the case in his favour.

Selmayr is a product of the Brussels bubble, working in and around the EU’s institutions for many years, before becoming attached to Jean-Claude Juncker in 2014. Despite not even being an MEP at the time, Juncker was trying to become the candidate of the centre-right European People’s Party to be President of the Commission, following that year’s European elections. Selmayr was brought in as campaign director, a role that turned into Juncker’s Head of Cabinet and Chief of Staff following a successful election.

In the Commission, each Commissioner (and the President) has a relatively small private office (or Cabinet) to provide political support and guidance and to manage relations with the standing, impartial bureaucracy of the Commission itself: think of it as something like a more regularised version of the special advisers found in Westminster.

Selmayr quickly proved himself to be a central part of Juncker’s office, managing the College of Commissioners, brokering deals and generally putting himself about. Everyone seems to agree that he has been a highly capable figure, on top of his briefs and adept at working across a wide portfolio of issues.

As such, he might seem to be the ideal person to replace Alexander Italianer as Secretary-General when the Dutch-born Italianer retired last month.

So where’s the problem?

Well, these facts convey nothing of the manner in which Selmayr made his move from Head of Cabinet to Secretary-General. Until the day of the announcement, there had been no indication that Italianer was going to retire, either in the media or within the Commission itself. Instead, Juncker called a meeting of the College to announce that Selmayr was to be appointed Deputy Secretary-General, a vacant position at that point.

The lack of notice was surprising, but so far, so dull.

However, Juncker then immediately announced Italianer’s resignation, meaning Selmayr would take over his role almost straight away. There has been talk that a second candidate was also considered at this point, but that individual then withdrew, so Selmayr would be unopposed. Within minutes an email had gone out to the Brussels press-corps to invite them to a press conference to confirm the appointment.

In narrow terms, this might look like a stretching of the rules. Selmayr, as a Head of Cabinet, wasn’t senior enough to become Secretary-General directly, but the initial appointment as Deputy did make him eligible. But the lack of notice and the railroading of the College (and everyone else) looks distinctly off.

But it doesn’t stop there. One French journalist, Jean Quatremer of Libération, a doyen of the press-corps, refused to accept the version presented by the Commission, publishing a series of exposés that kept the matter very much in the eye of all concerned.

These pieces fed directly into the European Parliament holding an emergency debate on the matter earlier this week. The failure of Juncker to attend that debate did nothing to temper the anger from all sections of the assembly, including calls to sack the entire Commission. A formal investigation is now underway.

To come back to the original point, this case matters on a number of levels.

A key part of the reason that Secretaries-General are dull is because they are supposed to be out of politics. In the case of the Commission, its duty under the treaties is to serve the common interest, rather than any one part of it. Selmayr’s reputation, quite apart from any actions, make that harder to do.

That’s not simply a problem at an abstract level, but also on a practical one. The Commission is currently taking Poland and Hungary to task for weakening the rule of law within their countries: that’s a much harder sell when there’s shifty practice in the Commission’s own highest offices.

It’s even an issue for Brexit. Selmayr will have been best known to British readers as the man who leaked the details of the private dinner in October last year between Juncker and Theresa May. With the Commission leading the negotiations on Article 50, its ability to claim impartiality is potentially compromised by this, even if Selmayr is at arm’s length from Michel Barnier’s team.

And this isn’t just something for Europeans to worry about, another black mark against the EU as the UK walks away.

The EU will remain an important part of the UK’s future relationships, and a compromised EU is bad for security, for trade and for all the things we might want to see happening in the years to come. It’s in the UK’s interests as much as the EU’s that ‘Selmayrgate’ gets fully investigated and resolved in a transparent and democratic manner.

By Dr Simon Usherwood, deputy director The UK in a Changing Europe. This piece originally featured in Prospect.