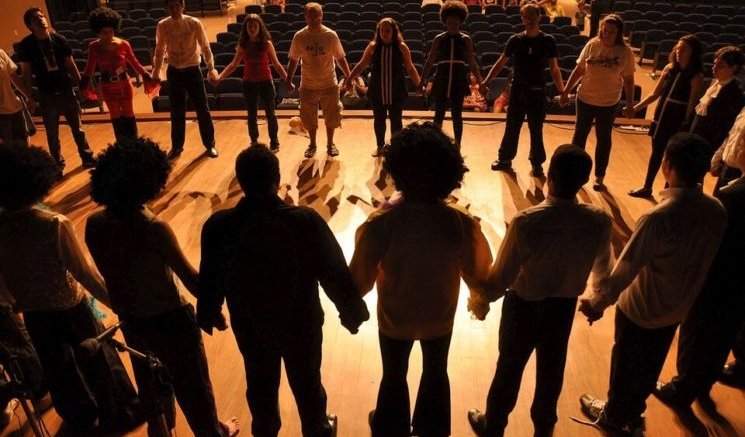 Anand Menon’s thought-provoking article in the Guardian of 25 July 2018 was entitled: “A second Brexit referendum would be a painful, toxic waste of time”. That got me thinking: what would it take for the referendum to be healing?

For the ultra-Brexiters, any re-think is a betrayal

But if the country voted in 2016 on Brexit-the-idea vote, and was able to vote in 2019 on Brexit-the-plan, who could be betraying whom?

No decision is final until it has been made on the basis of a concrete plan whose costs and benefits, opportunities and risks have been worked up. The option not to follow up on the idea always exists.

Remainers have not helped to heal the country

For much of the two years since the Referendum most Remainers’ favourite solution has been for Parliament to set the decision aside. Many Remainers have been dismissive about the Referendum, and about Leave voters. That just convinced Leave voters that the Metropolitan elite would not listen.

Remainers have focused on the problems of Brexit and on our hurt. We have majored on the economy in a repeat of the Stronger IN campaign; that failed.

The few Leavers who are interested in the economy are certain that Brexit will be great because it frees us from regulation and lets us become Global Britain; or alternatively that getting out of the bosses’ club will allow a socialist economy. They will not be persuaded.

Remainers have now coalesced around a referendum on the terms of Brexit with the option to Remain – a people’s vote. Once that has been internalised by the Remain movement, it will change the idea of what to campaign about: how to make 2016 Leave voters vote Remain in their own best interests.

Remainers need to make our arguments on the issues that concern Leave voters. We need to set out a message of hope about the EU. Fundamentally, we have to say that we have listened: 2016 was a message; we got it.

What’s the point of it all?

In the UK we have seen the EU as a trade project. It isn’t. It’s a peace project. Founded in response to the devastation of World War II, the EU helps to ensure peace between member states. It has supported the transition to democracy of those who have been under fascist and communist dictatorships.

War has not gone away, not even from Europe (think Yugoslavia, Georgia, and Ukraine). We must not let the UK’s history as a winner of WWII blind us to what a calamity war is. Staying in the peace project will keep us all safe.

Everything the EU does – ensuring freedom of movement, supporting prosperity through the single market and the customs union – is designed to support the maintenance of peace, democracy and individual freedom.

Pooling sovereignty is useful to achieve our ends. Pollution does not respect national borders. Nor do fish. By joining together to write common rules we can have more of what we want – environmental and worker protection, fish conservation – without worrying that firms in neighbouring countries will undercut us.

Freedom of movement is good for us as individuals. Remember Auf Wiedersehen, Pet? British workers have the freedom of the continent. So do British students, apprentices and the retired. Even lovers benefit: if you marry an EU citizen you may settle together anywhere in the EU without having to ask an immigration officer for permission.

We have benefited from EU citizens coming to the UK. The amounts are too small to be worth basing a decision on, but EU citizens in the UK contribute more in taxes than they take out in public spending.

At the local level, an extra Polish child in school, an extra Romanian patient registered with the GP leads to more money coming to that school or practice – just as with British children and patients.

On the whole EU citizens in the UK have led to higher wages for the native population. Those at the bottom have lost out, but by a small amount, perhaps £150 pa after eight years – an effect dwarfed by changes in the minimum wage.

Over time, immigrants assimilate. People adapt to their localities.

Go to Spain: the Spanish are, well, Spanish. Go to Italy: the Italians are Italian. They have not lost their identities in the EU. We have not lost ours. Nor will we. We will add an extra option on top. We all have multiple identities: British, Londoner, father, motorist, sister, engineer, baker … European is one more to add to the mix. It makes us more interesting.

International trade is good. It brings cheaper products to our shops and lifts hundreds of millions out of poverty in poor countries.

But there are people here who lose their jobs or get worse ones. We need to help them. That requires improved training and education – a matter for the UK government. Staying in the EU will make it easier. A more prosperous economy is more resilient and generates better jobs with higher incomes; it also allows more public spending on helping people to get ahead.

Most importantly: we got the message. You do not like the world as it is. Little of what is upsetting is really down to the EU. All the UK political parties are offering change, real change. For example, you wish to “take back control”? Take your pick: lower taxes (the Conservatives), nationalisation (Labour), proportional representation (the Liberal Democrats). There is much more on offer in each party’s manifesto.

It will be easier to effect change if we stay in the EU. The government will not be fully occupied by sorting out Brexit but will be able to focus on issues of real concern. The economy will be stronger allowing more public spending.

When will the new campaign be launched?

So far, the Remain movement is still focussed on obtaining the referendum. There is not yet a visible sign of trying to win it by appealing to Leave voters, of making a proposition.

Time is running out. For the referendum to be healing it will need to be fought quite differently from 2016. The best time to have started that campaign was in 2016. The second-best time is now.

By Michael Romberg, retired senior civil servant who worked in HM Treasury and the Home Office and now writes for London4Europe, part of the European Movement. The views expressed in this article are his own and not necessarily those of L4E.